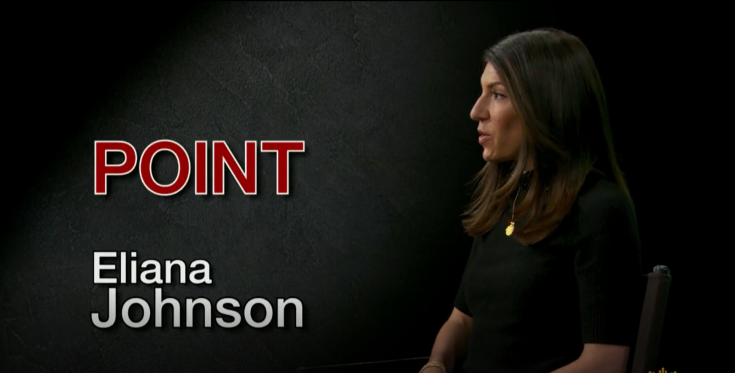 “The American people voted, and they should have the final say on whether President Trump is reelected,” Johnson said during CBS Sunday Morning‘s “Point, Counterpoint” segment. “The Democrats say the president tried to undermine the election process. But they have worked to delegitimize this president since before he was sworn into office.”

Johnson said that House Democrats rushed to investigate Trump, refusing to hear from key witnesses like Secretary of State Mike Pompeo and former secretary of energy Rick Perry for fear of a lengthy court battle. She added that the pro-impeachment side has changed its argument over the course of the debate.

“Their arguments in favor of impeachment have morphed from ‘quid pro quo’ to bribery, and now to election meddling. The Democrats are right: It was wrong for Donald Trump to pressure his Ukrainian counterpart to announce an investigation into a political opponent. But the system worked,” Johnson said. “Unlike Barack Obama, this president delivered lethal aid to our Ukrainian allies in their fight against Putin’s Russia.”

“The Democrats have not made a convincing case for impeachment. That’s why, heading into the House vote, the question is not how many Republicans will join their Democratic colleagues and vote to impeach the president, but how many Democrats will oppose the measure,” Johnson said.

New York Times columnist Thomas Friedman made the counterpoint, saying that Trump must be impeached.