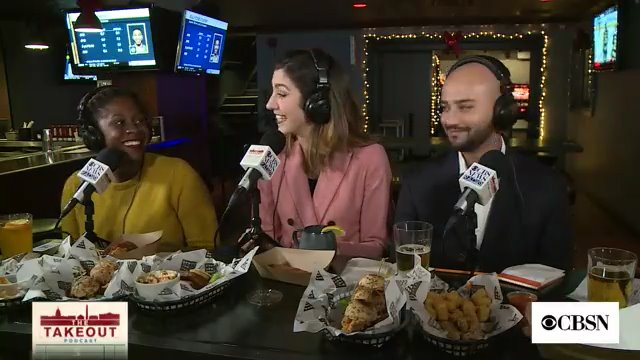 MRC’s Brent Baker was monitoring CBS correspondent Major Garrett’s podcast The Takeout with three CBS “embeds” in primary states — LaCrai Mitchell in South Carolina, Nicole Sganga in Iowa, and Musadiq Bidar in Iowa. He found the impeachment-promoting, impeachment-obsessed Washington press corps had a major disconnect with the country, even from Democratic primary voters.

MAJOR GARRETT: You see it playing out in front of your very eyes. Let me ask you this: what percentage, in the questions you’ve heard so many South Carolinians, Granite Staters, and Iowans —

BIDAR: In Iowa, at least.

LACRAI MITCHELL: In the past three months I can think of one town hall where impeachment has come up.

GARRETT:  Ladies and gentlemen, just soak that in and for those of you who say Washington, you guys are so  obsessed with your story lines, and you don’t hear or recognize, or listen to  — those are three voices who are telling you what they see day to day. They have been in each of their states for six months. Fair to say, almost never or hardly at all, impeachment comes up?

BIDAR: Hardly at all.

GARRETT: There you go.

Bill Clinton constantly deflected all of his scandals by telling the press that the people out in the states wanted politics to be about their bread-and-butter concerns, not about tawdry fights over sexual harassment, financial manipulation, and political back-door dealings. The difference back then is that the media constantly underlined, emphasized and preached this message. We insisted that scandals were substantive matters worth covering.

Today, it’s flipped. Networks like CBS skip over all the good economic news and insist that scandals are the most important stories. Coverage of the Democratic campaigners is neglected under the obsession with Trump takedowns.