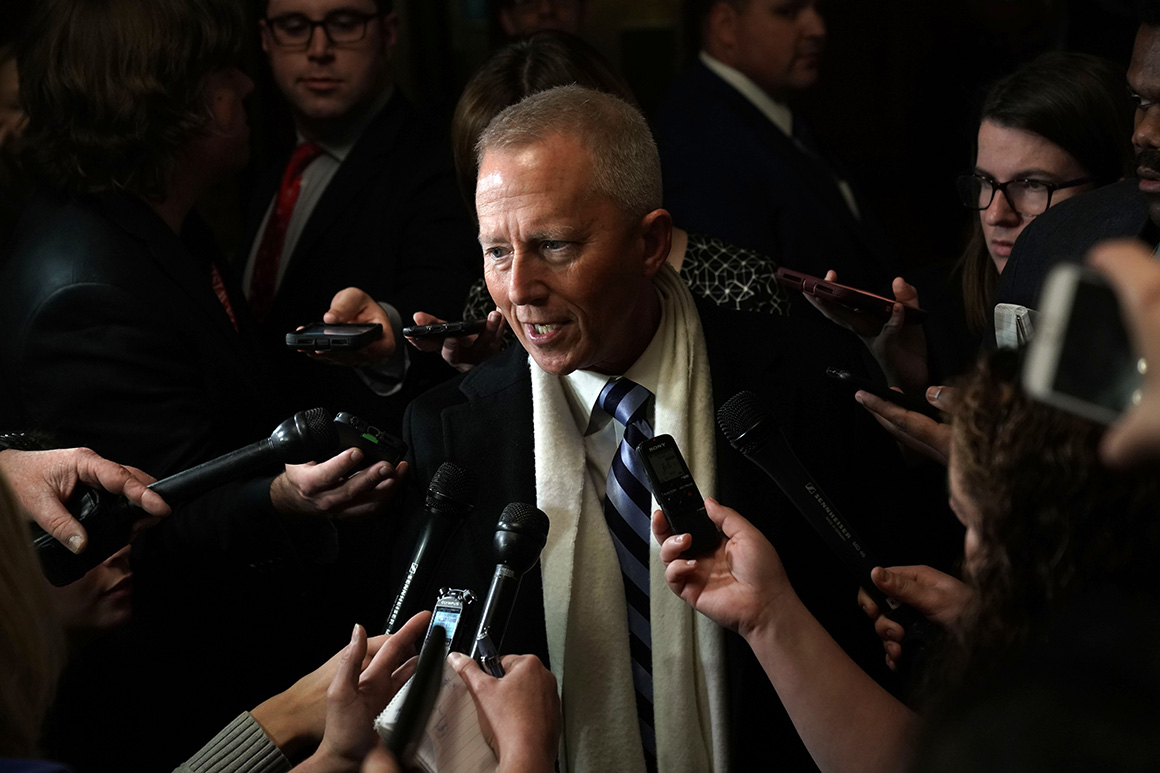 The chief of staff — Allison Murphy, who worked with him in the state Senate — is not expected to leave. But there could be additional staffers who decide to leave this week.

Some in his office, including Murphy, had sought to persuade some staff to stay, according to a person familiar with the conversations.

Van Drew, who was his party’s most vocal opponent of impeaching Trump, made the decision to leave the Democrats after a personal meeting with Trump on Friday. The congressman had begun informing some of his staff later that day, but didn’t want it to be public until the following week. But by Saturday, the news had leaked.

Our must-read briefing on the Garden State’s important news of the day.

There had been rumors for several days that the New Jersey freshman could switch parties after Democratic leaders announced they were moving ahead with articles of impeachment, but Van Drew repeatedly denied the claims publicly.

Multiple senior Democrats tried to reach out to the New Jersey freshman on Saturday but were unsuccessful.