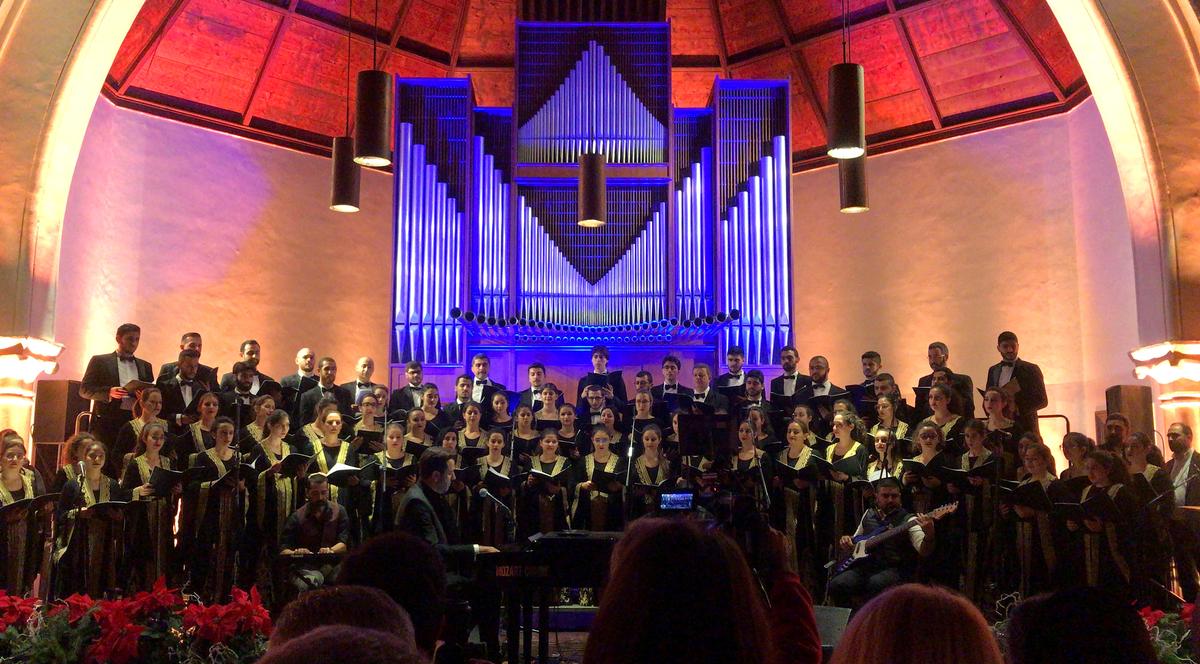 Lebanese politicians past and present have been the focus of weeks of demonstrations demanding the end to a governing elite blamed for years of misrule and Siniora’s presence at the concert set off a spontaneous protest.

Siniora, an alumnus of the university, sat impassively on the front row as audience members erupted in chorus against him but eventually bowed to the pressure and left the concert hall with his bodyguards.

“How dare they have the nerve to come to a concert when they know that people hate them. How dare they?” Terese, a retired teacher, told Reuters. “We started chanting: revolution, revolution, Siniora get out … He didn’t budge.”

A performance by composer and pianist Guy Manoukian was interrupted by the uproar from the audience though once Siniora had left, the concert began in earnest.

Siniora later sent a tweet saying history would prove that he had always worked in Lebanon’s interests though he may have made some mistakes.

Before serving as prime minister from 2005 to 2008, Siniora was a long-time finance minister. He was questioned last month by a state prosecutor over how $11 billion in government funds was spent while he was in power.

His office has said the spending was entirely legal.

Show of irreverence towards senior figures such as Siniora who have long commanded respect has broken taboos in Lebanon, setting the current wave of demonstrations apart from previous dissent.

The presence of Siniora, a former banker and one of the country’s wealthy elite, showed indifference to the suffering of many people, some concert-goers said.

“Politicians should understand that they have become distanced from the people,” said Maestro Barkev Taslakian, conductor of Al Fayhaa Choir.

Many Lebanese politicians have avoided public gatherings for fear of being targeted by angry protesters. One audience member said it was a blatant provocation for of a leading member of the establishment to attend the concert.

“They cannot ignore what’s happening and attend and then pretend that actually they are not to blame,” said entrepreneur Bahe Ghobril.

Others said music should be left out of Lebanon’s deepening political divisions and economic woes.

“This is a cultural, artistic event and the revolution should be outside of these doors,” one of the organisers said during the uproar.