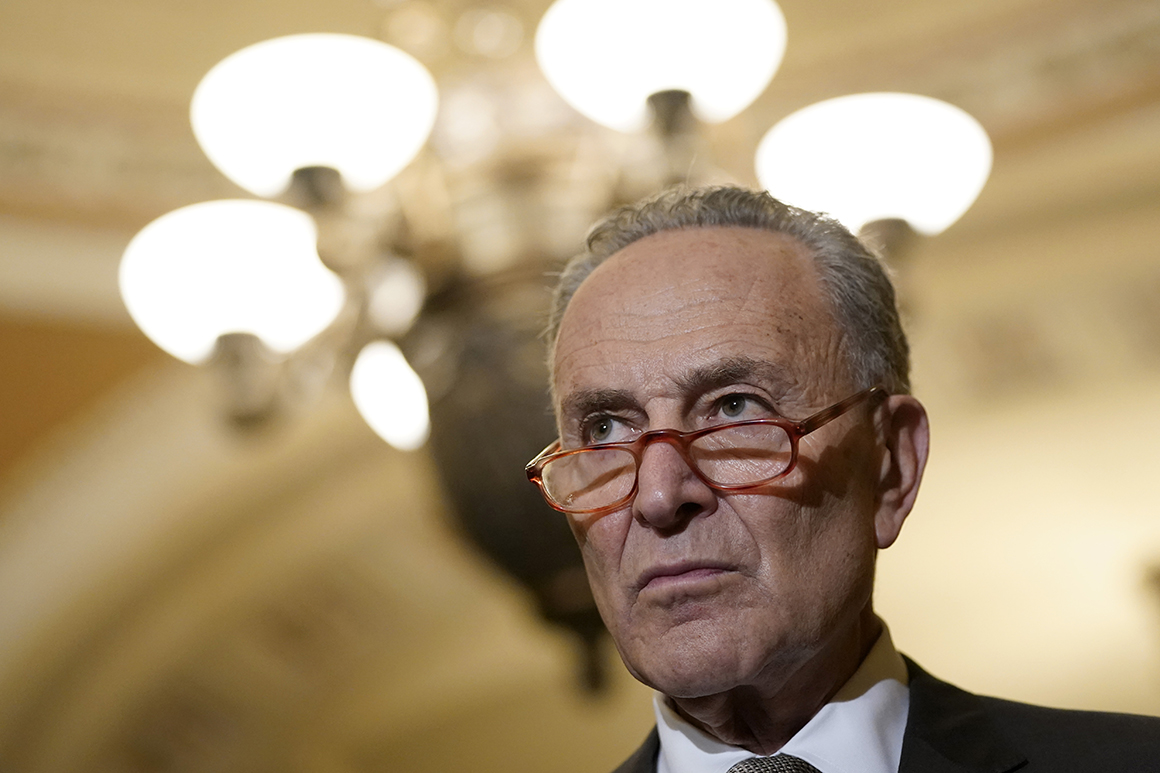 A handful of Republican senators, including Mitt Romney of Utah and Susan Collins of Maine, could be tough for either side to persuade. A simple majority is needed to pass resolutions in the trial, while convicting and removing the president requires the vote of two-thirds of senators.

For now, Senate Republicans have settled on a strategy of hearing the opening argument from Trump and House Democrats, with the option to call witnesses later. That’s how Clinton’s trial went, with a unanimous vote to kick off the trial and then a party-line vote on witnesses.

But this time around, Schumer disagrees with that approach: He says witnesses, documents and trial parameters “should be considered in one resolution.”

McConnell told Sean Hannity on Fox News last week that he was in close coordination with White House counsel Pat Cipollone about the trial, and Trump has asked for witnesses such as Hunter Biden to appear before the trial. And while Schumer says “it is clear that the Senate should hear testimony of witnesses,” he appears to throw cold water on the idea of inviting the Bidens.

Schumer says his party is open to other witnesses who have “direct knowledge” of the decisions behind delaying aide to Ukraine and asking the government in Kyiv to announce an investigation into Joe Biden and his son. Those requests would seem to ignore Trump’s preferred witnesses.

In addition to Mulvaney and Bolton, Schumer says Democrats would also like to call Robert Blair, an aide to Mulvaney, and Michael Duffey, who works at the Office of Management and Budget. Democrats believe those officials have information about the withholding of the aid, but the White House has declined to make them available to House investigators.

Schumer also proposes “that the Senate issue subpoenas for a limited set of documents that we believe will shed additional light on the administration’s decision-making.” Finally, Democrats want 24 hours for both the president’s lawyers and the House impeachment managers to each give “opening presentations and rebuttals” to the Senate, along with 16 hours of questioning by senators, divided equally between the parties. Witnesses would be questioned for four hours per side; in Clinton’s trial, however, witnesses gave closed-door depositions.

Schumer said he hoped he and McConnell could help the Senate “rise to this critically important occasion.”

“Conducting the trial according to this plan,” Schumer says, “will also allow the public to have confidence in the process and will demonstrate that the Senate can put aside partisan concerns and fulfill its constitutional duty.”