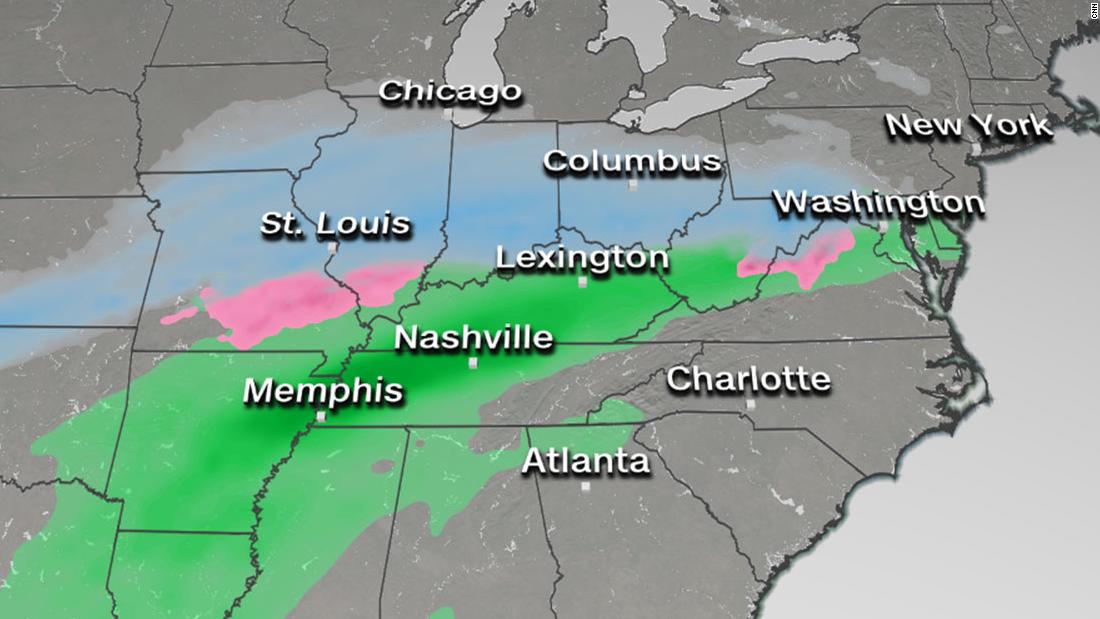 A swath from eastern Colorado to the Ohio Valley was the hardest-hit on Sunday, said CNN meteorologist Robert Shackelford. Colorado, Kansas, Iowa, Missouri, Illinois, Indiana and Ohio saw snow over the weekend and will continue to see between 2 to 4 inches through Tuesday, Shackelford said. Some areas could see up to 6 inches.

Sunday’s weather in Kansas caused major traffic disruptions. A five-vehicle crash, including three tractor-trailers, blocked a portion of Interstate 70, according to the Kansas Highway Patrol.

At Arrowhead Stadium, the snow didn’t stop the Kansas City Chiefs or their fans from enjoying their 23-3 win over the Denver Broncos. Tweets from the Chiefs showed players throwing snowballs during warmups and making snow angels.

Millions are under a flood watch

About 5 million people are under a flood watch in parts of Kentucky and Virginia and West Virginia, Shackelford said.

There is also an enhanced risk — level 3 of 5 — for severe thunderstorms in parts of Louisiana, Mississippi and Alabama for Monday afternoon. About 3 million people are in that zone.