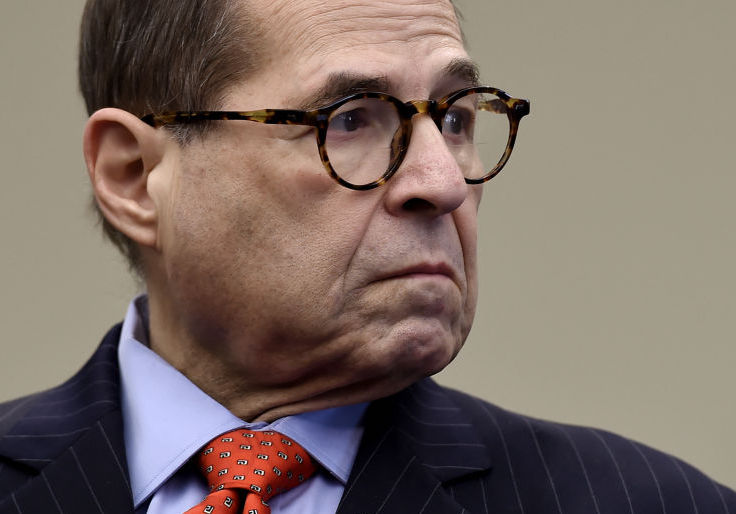 “What he’s reacting to is the public polling that shows he can’t get renominated,” Nadler said during ABC’s This Week. “His electorate in his district is 24 percent to renominate him and 60 percent to nominate somebody else.”

Van Drew, a freshman congressman from a pro-Trump district, has been vocally critical of his fellow Democrats’ push to impeach President Donald Trump. He recently announced that he opposes both articles of impeachment issued by Nadler’s judiciary committee.

The congressman met with the president on Friday to discuss the possibility of switching parties. Trump on Sunday took to Twitter to encourage Van Drew to make the switch.

Wow, that would be big. Always heard Jeff is very smart! https://t.co/7yDPU4N3wd

In spite of the expected partisan split on the eventual vote in the House, Nadler said Sunday that he believes that impeachment is not a political issue.

“But more to the point, this is not political,” Nadler said. “We should not be looking at those things. This is the defense of our democracy.”

Recent poll numbers show an electorate closely divided on the merits of impeachment, even after public congressional testimonies.