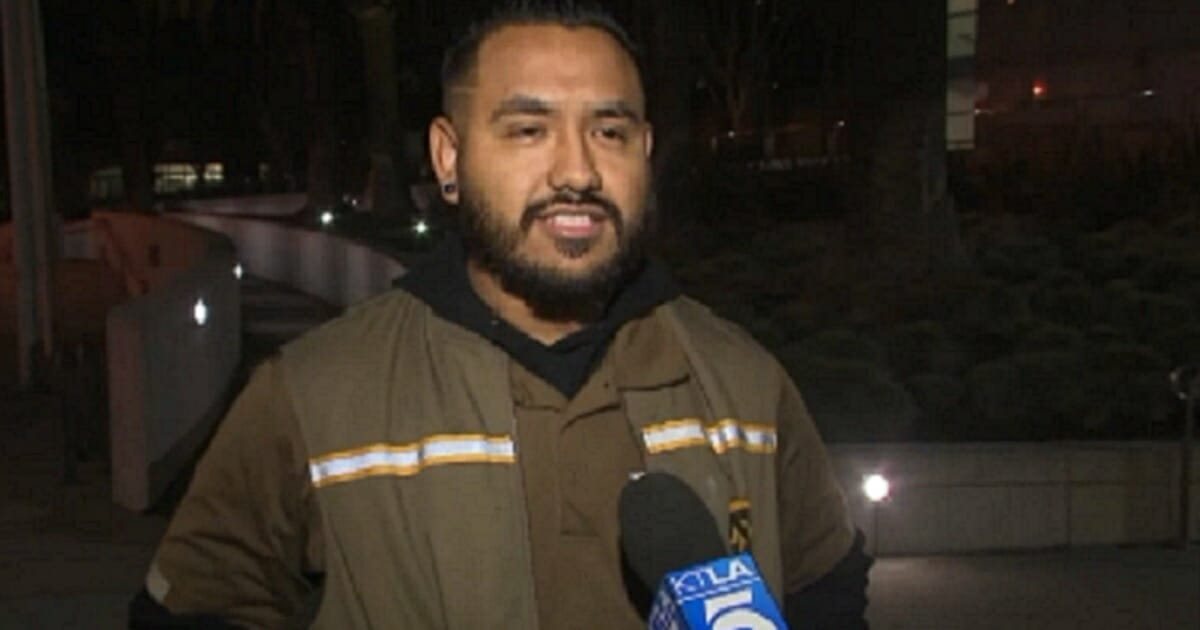 A man who allegedly sexually assaulted a woman “picked the wrong home” according to police. Why?

Well, because the woman’s brother knows mixed martial arts and broke the man’s arm in the aftermath of the attack as he was chasing him down.

“Obviously it wasn’t my husband because he left at around 5 a.m.,” she added. “When I wake up, I turned my head to the right — it was a random guy. He was touching me.”

The woman began screaming and it wasn’t long before the random guy fled. However, the cry woke up the woman’s brother. He ran after the attacker and eventually caught up to him. Since he practices mixed martial arts, he was able to detain him using his skills.

“I put him in a choke, and he was a little bit fighting me,” the brother told KTLA.

Do you think self-defense is everyone’s responsibility?

“So I ended up jumping and holding onto his neck, then we both fell. My body weight and his body weight both fell on his arm.”

The predictable outcome of this was that Ceja’s arm was broken. The brother, Josue Jasso, told KTLA he released the hold only when Ceja was about to lose consciousness.

“I tried it on him, but I saw he was about to pass out, so I just loosened the grip and held him there until the police got there,” Jasso said.

The brother realized Ceja wasn’t just a random stranger but also a neighbor of theirs. And, according to the Santa Ana Police Department, he’s a neighbor who’s a known gang member with quite the rap sheet.

“He’s a long-time local criminal,” police spokesman Cpl. Anthony Bertagna told KCAL. “Got out on early release, which is concerning for us because he got out of jail two days before this incident.”

RELATED: After No One Will Give Her Money, Panhandler Throws Tantrum Costing Over $9K in Damages

Gotta love California. But I digress.

“My understanding is, the family is all involved in MMA and kickboxing and so, this individual picked the wrong house to attack one of the family members,” Bertagna told KCAL.

And that should be the lesson for all of us: We shouldn’t view self-defense as a right, we should view it as a responsibility.

I know that rubs a lot of people the wrong way. Obviously, we’d be better served if we lived in a world where there weren’t people who committed sex crimes. Part of our focus should be on that.

However, we live in such a world. Crime has existed since humanity has. Therefore, it’s always best to be prepared.

MMA is one way to prepare for this reality. If you’re not the MMA type — and let me tell you, I’m certainly not going to be Henry Cejudo-ing it up anytime soon — the United States is a glorious country in which the Second Amendment to the Constitution gives Americans another way to defend themselves.

Once the intruder escapes from the house, obviously, it’s not going to do you much good. When you’re inside the house, however, a firearm is a very quick way to defuse a situation like this — and to keep the intruder from making a move until the police arrive.

In this case, at least, MMA worked quite nicely. If Ceja is convicted — he’s been booked on suspicion of burglary and sexual assault — my guess is that he won’t be getting early release anytime soon.