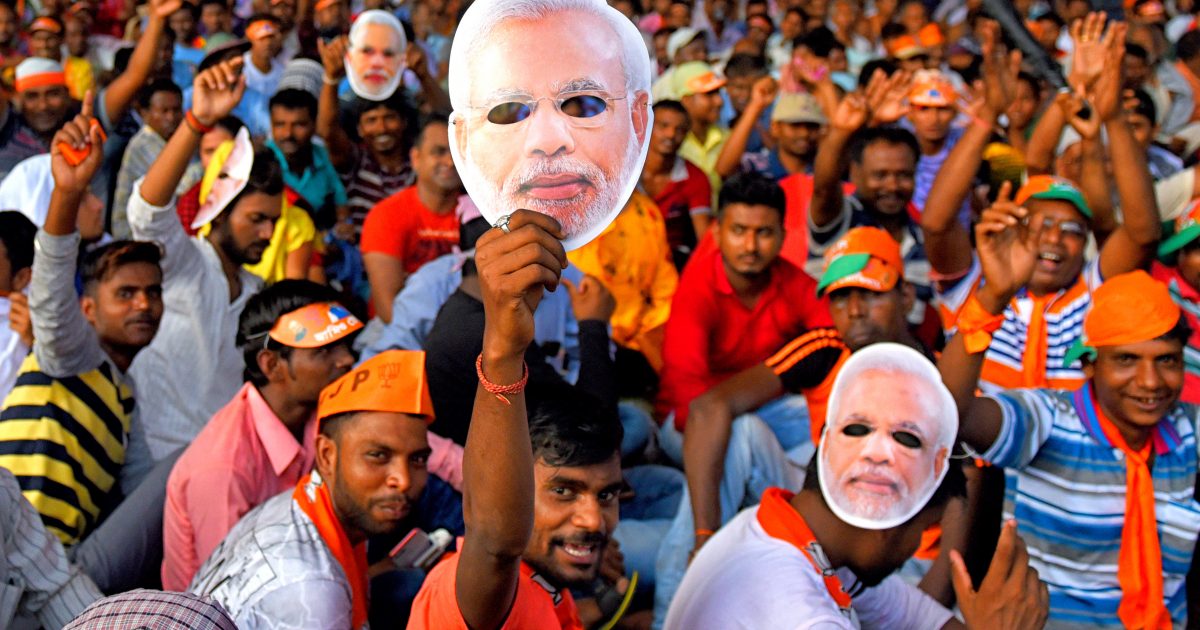 Many people expected Prime Minister Narendra Modi’s landslide re-election victory this summer to spell trouble for India’s pluralistic democracy. But few appreciated just how much trouble. Last week, in two days flat, the Modi government pushed through both chambers of parliament the Citizenship Amendment Bill (CAB). This law uses a good cause as a Trojan horse to advance a radical faith-cleansing agenda that has more than a passing similarity with the shocking policies that China has deployed against its Uighur Muslim minority.

On the surface, CAB is a mass amnesty bill of the kind that pro-immigration advocates in America can’t even dream of. It amends India’s Citizenship Act to hand expedited citizenship—not mere legal status—to Hindus, Sikhs, Buddhists, Jains, and Christians from Pakistan, Afghanistan, and Bangladesh currently living in the country without authorization.

But it conspicuously leaves out Muslims. This means that the Ahamadiyyas, who belong to a reviled Islamic sect in Pakistan, are out of luck—as are the Rohingya from neighboring Myanmar. The omission of the Rohingya lends a lie to the official explanation for excluding Muslims, namely, that the bill is aimed at handing relief only to persecuted minorities in India’s neighboring countries, not members of the majority population. Myanmar is a majority-Buddhist country that has subjected the Rohingya minority to some of the most grisly bloodletting in modern times. Yet they didn’t qualify.

This kind of anti-Muslim discrimination isn’t the worst feature of the citizenship bill. What makes it even more abominable is that it lays the legal groundwork for a wholesale attack on the rights of India’s 140 million Muslim citizens, not just unauthorized Muslim refugees.

The Modi government has pledged to create a National Register of Citizens before the 2024 election that will contain the name of every man, woman, and child in the country who is entitled to be an Indian citizen. The eligibility criteria to get on the list is not entirely clear yet, but if the pilot in the state of Assam is any indication, all of India’s 1.3 billion residents will have to produce papers to show that they or their ancestors have lived in the country since before 1971.

This exercise will change the fundamental presumption of the Indian polity: Indians will now have to prove to their government that they’re entitled to citizenship rather than the government having to show them they’re not. An additional problem is that India is an exceedingly informal country where people, particularly the poor and illiterate, don’t bother to maintain meticulous records. In villages especially, people often don’t even know their birth dates, let alone keep birth certificates or passports going back generations. Nor do municipal governments bother with good record-keeping, making it incredibly difficult for people without means or connections to retrieve the necessary documents.

The upshot in Assam was that a whopping four million people—13 percent of the state’s population—were excluded from the NRC. This would have been no problem for Modi if the excluded were Muslims. Amit Shah, his home minister, whose brainchild this whole scheme is, calls Muslims termites and infiltrators and made an election promise to throw them into the Bay of Bengal. But as it happened, lots of Hindus in the state didn’t make the list either. If this happens nationally, the whole purpose of the exercise—boosting the already massive numerical strength of Hindus—would be defeated. Hindus are 80 percent of India’s population and Muslims only 14 percent. But in the paranoid Hindu nationalist mind, that is not enough of a guarantee of enduring Hindu dominance against the allegedly higher Muslim fertility rates.

That’s where the citizenship bill comes in. It will offer recourse to Hindus who are unable to prove their ancestry to get on the NRC, but not to Muslims in the same predicament. According to Indian Express‘ Harsh Mander, in Assam CAB will treat all Hindus who speak Bengali as refugees, even those born in India, so that they can qualify for its immunity. But Bengali-speaking Muslims will be excluded. Similar guidance will likely apply in other parts of the country. So Muslims whose Indian ancestry dates back eons will be rendered stateless, but Hindus—recent arrivals and those with longstanding roots alike—will be protected. This makes a mockery of the rule of law.

What are Modi’s plans for Muslims who can’t satisfy his stipulations?

Unless some other country agrees to take them, they’ll be evicted from their homes and communities and thrown into detention camps that his government has already started constructing around the country. This will affect literally every Muslim in the country. But the hardest hit will of course be poor Muslims who don’t have the money to buy off bureaucrats. Many of them may well prefer conversion to imprisonment. Either way, this will serve the faith-cleansing agenda of Hindu nationalists who for years have been offering mass reconversion ceremonies to Muslims.

If this seems like what China is doing to Uighur Muslims, that’s because it is. Beijing has reportedly thrown 1.5 million Uighurs—more than 10 percent of the country’s total Uighur population—into internment camps, where they are being subjected to brutal torture and political indoctrination against their own faith. But given India’s much larger Muslim population, the scale of Modi’s operation may well dwarf China’s.

The Hindu nationalists’ beef—so to speak—isn’t only with Muslims. As far they are concerned, India is meant only for indigenous faiths whose holy places reside on the Indian subcontinent, not in Mecca or Bethlehem. That would mean that India’s 65 million Christians don’t really belong in the country either. Violence against them is already rampant and rising.

The fact is that no group is really safe under a mentality that gets high from its powers of exclusion. It will always find ways to discriminate based on infinitesimally small differences and disagreements. Sikhs, who belong to a minority indigenous faith, have faced their share of violence in contemporary India. Nor is being a Hindu any protection. Hindu nationalists hate liberal Indians of any faith more than anyone else. It has become fashionable to dehumanize them as “libtards” and “sickularists,” and violence against them is also on the rise.

It may take a while before Modi and his fellow nationalists officially declare open season. Or it may happen quickly. (The fact that the government is responding with massive violence against anti-CAB protests that have broken around the country might suggest the latter.) After all, who would have thought 10 years ago that a country impatient for more liberalization and modernization would be staring at what might turn out to be the largest disenfranchisement drive in human history?

A version of this column originally appeared in The Week.