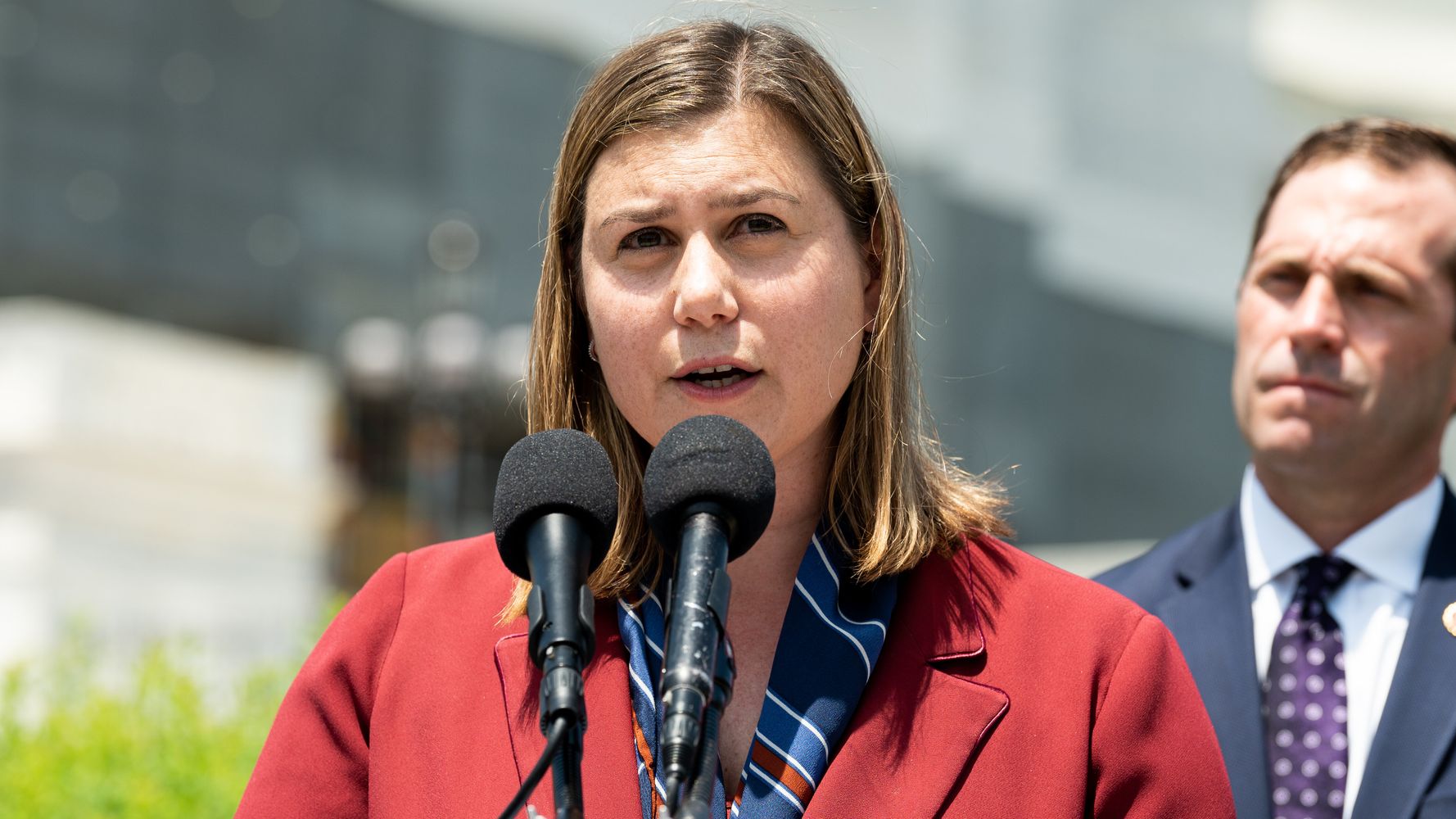 ROCHESTER, Mich. ― Rep. Elissa Slotkin (D-Mich.), a key House Democrat from a Republican-leaning district, announced on Monday that she will be voting to impeach President Donald Trump.

Slotkin revealed her position in an op-ed for the Detroit Free Press, hours before a town hall meeting in Rochester, a northern Detroit suburb, where she planned to explain the decision directly to her constituents.

The House of Representatives is set to vote soon on two articles of impeachment ― one for abuse of power, because Trump pressured a foreign country to investigate a political rival, and one for obstruction of justice, because Trump has tried to thwart a congressional investigation into his behavior.

If impeachment passes the House, as seems likely, then the fate of the Trump presidency will lie with the Senate, which will hold a trial and vote on whether to remove him from office.

Slotkin, who served as an intelligence officer in Iraq before working on national security issues in the Bush and Obama administrations, cited her experience in the op-ed.

“In the national security world that I come from, we are trained to make hard calls on things, even if they are unpopular, if we believe the security of the country is at stake,” Slotkin wrote. “There are some decisions in life that have to be made based on what you know in your bones is right. And this is one of those times.”

In September, as revelations of Trump’s dealings with Ukraine were just becoming public, Slotkin was one of seven newly elected House Democrats with national security or military experience who warned, in a jointly authored Washington Post column, that his conduct might be impeachable.

At the time, those Democrats said they were withholding judgment until Congress could investigate the matter.

Since then, hearings by the House Intelligence Committee have brought forth substantial and compelling evidence to back up the allegations, including sworn testimony by several political and career officials that Trump was pressuring Ukraine to investigate Vice President Joe Biden ― and that it was the chance to embarrass a potential 2020 presidential rival, not actual corruption, that mattered to Trump.

“I believe that the President illegally solicited the help of foreigners to influence the American political process,” Slotkin wrote Monday, citing both the president’s own statements and testimony from witnesses. “These first-person statements, on top of the raft of first- and second-hand accounts provided in sworn testimony, paint a clear picture of a president abusing the power of his office for personal political gain.”

During the hearings, the Trump administration repeatedly refused to comply with congressional demands for testimony and information. Slotkin said that too weighed on her mind.

“While the President may not have liked the inquiry, he broke with 100 years of tradition by ignoring the subpoenas, and in doing so, obstructed Congress’ authorities,” Slotkin wrote.

Trump, for his part, has lashed out at the impeachment inquiry in speeches and on Twitter. Republicans have mostly defended Trump, whether by denying he pressured Ukraine, claiming he was merely making a good-faith effort to stop corruption, or suggesting that the behavior is not impeachable.

As recently as last week, when the House Judiciary Committee voted to approve the articles of impeachment, Slotkin was among a handful of House Democrats whose vote seemed to be in doubt, because of her district’s political profile.

Although Michigan’s 8th District includes part of Lansing, the state capital, it is a mostly rural and exurban district with voters who lean conservative and tend to vote for Republicans. In 2016, Trump won the district by 7 points and Mike Bishop, the incumbent Republican congressman, won it by 17.

Two years later, Slotkin beat Bishop in one of the most closely watched and most narrowly decided races of the cycle.

Voting for impeachment carries political risks. More Americans support it than oppose it, according to polls, but impeachment and removal remain highly unpopular with Republicans. And there are more Republican voters in Slotkin’s district than Democratic ones.

The chances of the Senate removing Trump seem remote, given the GOP’s staunch, nearly unanimous defense of his behavior. Removal would require a two-thirds vote.

Over the weekend, Sen. Lindsey Graham (R-S.C.), chairman of the Senate Judiciary Committee, said he would do everything in his power to make the removal effort “die quickly.” And when it comes to structuring a trial, Senate Majority Leader Mitch McConnell (R-Ky.) has already said, in an interview with Sean Hannity, that there will be “no difference between the president’s position and our position in how to handle this.”

It remains to be seen what form a Senate trial will take.

Senate Minority Leader Charles Schumer (D-N.Y.) over the weekend sent McConnell a letter in which he requested, among other things, subpoenas compelling the administration to turn over more documents and allowing several officials to testify.

If McConnell does not reach an agreement with Schumer, he can dictate his own terms by pushing through a resolution on the trial rules with a party-line vote. But McConnell would need a majority to do that, and among the 53 Senate seats Republicans hold are several facing tough reelection bids, including a handful in states that are tightly contested or lean Democratic.