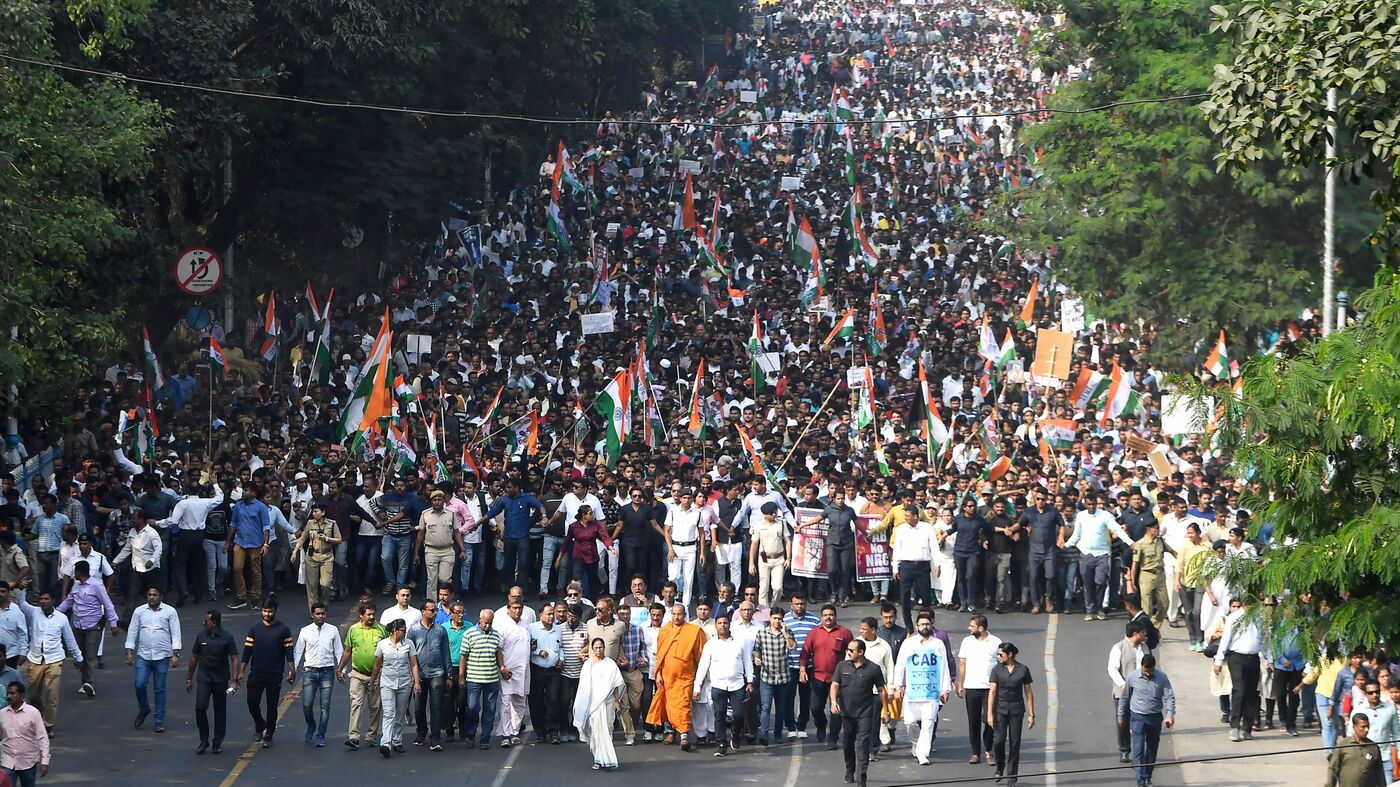 Protests against India’s new citizenship law include a “mega rally” in Kolkata, where West Bengal Chief Minister Mamata Banerjee, in white, led a protest against the Citizenship Amendment Act Monday. 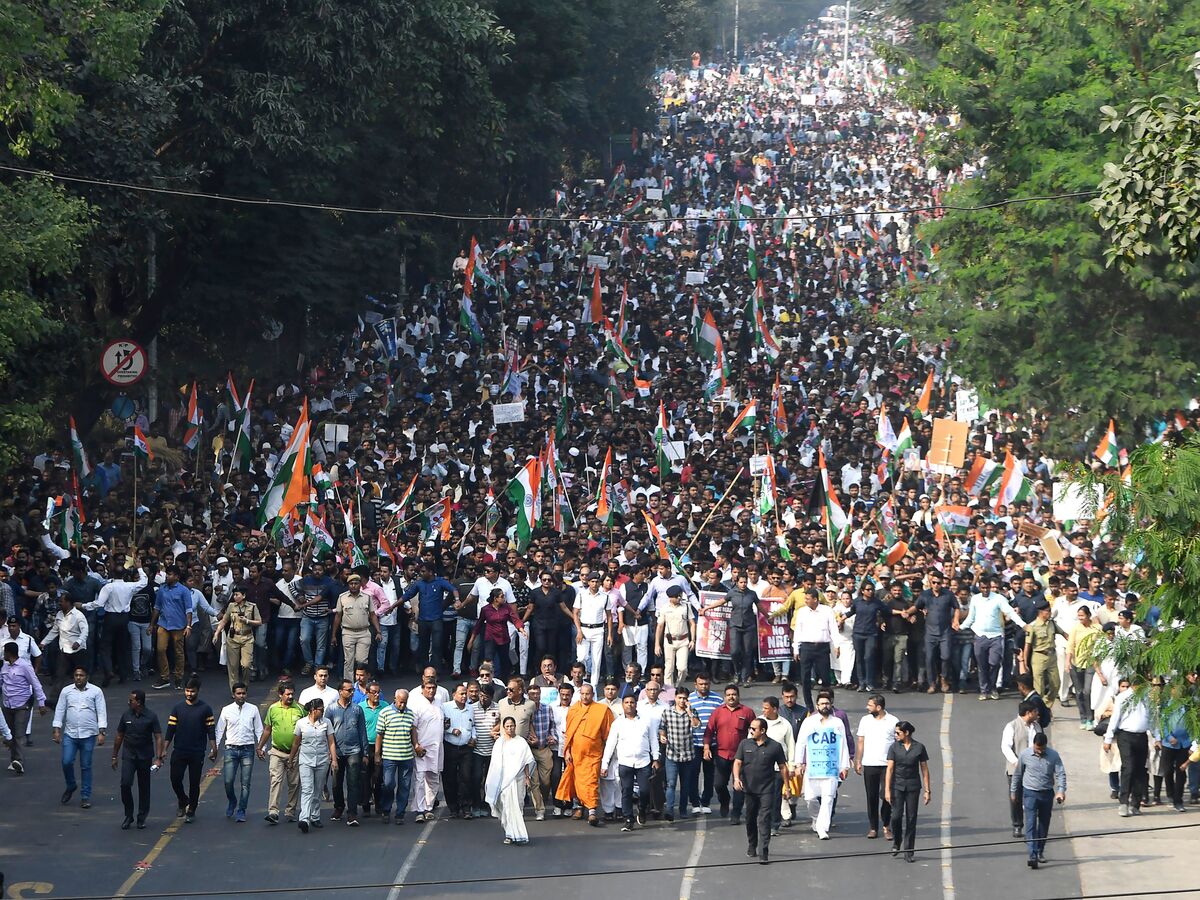 Protests against India’s new citizenship law include a “mega rally” in Kolkata, where West Bengal Chief Minister Mamata Banerjee, in white, led a protest against the Citizenship Amendment Act Monday.

Tens of thousands of protesters marched on college campuses across India Monday, saying a new citizenship law is unconstitutional because it treats Muslims differently from Hindus, Buddhists and other religious groups.

The mass demonstrations followed violence that erupted Sunday night, as police stormed a public university in New Delhi. Many of Monday’s protests were organized last-minute in solidarity with students in the capital who were beaten by police with batons, and had tear gas fired at them. Videos posted to social media show bloodied students fleeing into a library and a men’s restroom.

The Citizenship Amendment Act, which Parliament approved last week, offers amnesty and citizenship to immigrants who aren’t Muslim and who entered India illegally from neighboring countries that are majority-Muslim: Bangladesh, Pakistan and Afghanistan.

Its backers say the law offers religious minorities an escape from persecution. But critics say it goes against India’s constitution to view people differently based on their religion. They also accuse Indian Prime Minister Narendra Modi of pandering to his Hindu Nationalist base with the law.

Over the past week, at least six people have been killed in clashes between police and protesters, mostly in India’s far northeast, where immigration is a sensitive issue. Many residents there fear new citizens will dilute their local culture and compete with them for jobs.

Protests have since spread to the capital and other cities, including Mumbai, Hyderabad and Kolkata. On Monday, Modi called for peace and calm, after violence erupted at Jamia Millia Islamia University.

“Damaged property can be recovered, but the emotional toll this has taken on our kids cannot be repaired,” Akhtar said.

I want to unequivocally assure my fellow Indians that CAA does not affect any citizen of India of any religion. No Indian has anything to worry regarding this Act. This Act is only for those who have faced years of persecution outside and have no other place to go except India.

Modi says the protests against the new law are “unfortunate and deeply distressing.” And on Monday, he sought to dispel concerns by saying on Twitter that no one who is currently a citizen of India has anything to worry about, regardless of their religion.

A different message is being heard in West Bengal, the eastern state that borders Bangladesh. There, Chief Minister Mamata Banerjee called for a “mega rally” in Kolkata to protest what she says are unconstitutional changes to India’s laws.

Banerjee, who later walked at the front of a huge march in Kolkata’s streets, said via Twitter, “Come, let us all, every section of society, join this people’s movement in a peaceful manner within the ambit of law.”

India has one of the world’s largest Muslim populations — about 180 million people — whom many believe are increasingly disenfranchised under Modi’s government.