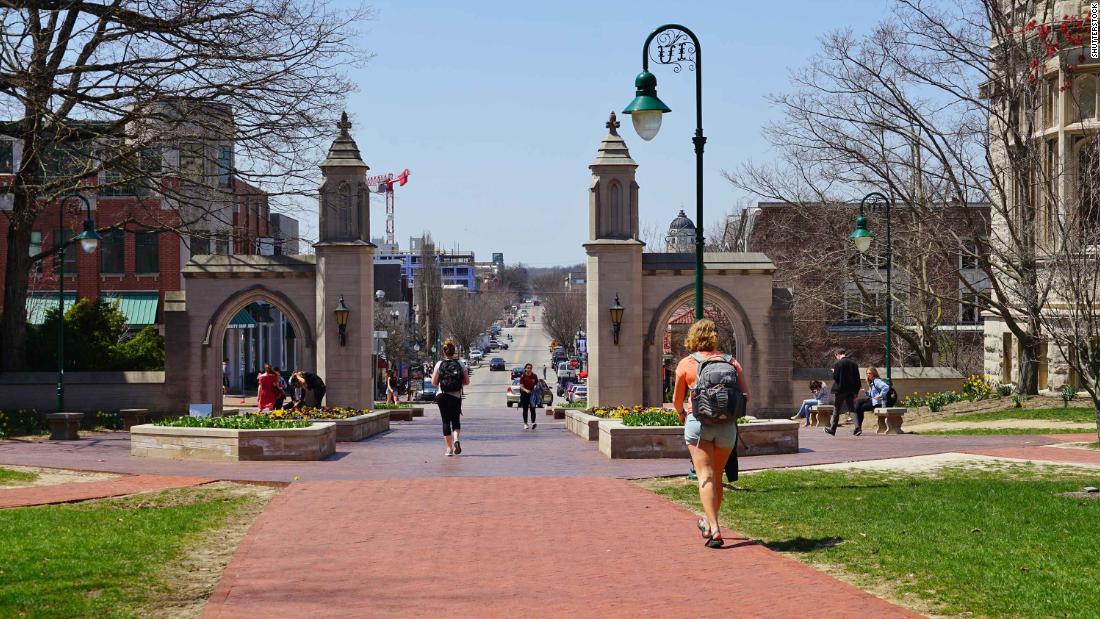 Police were notified of the Friday night incident immediately, and campus police detectives are working with the Monroe County Prosecutor’s Office and federal law enforcement.

Details of the allegations were not immediately available, but a university statement said they involved “physical assault, as well as allegations of anti-Semitic and racial slurs” at the fraternity house in Bloomington.

“The fraternity was placed on an organizational cease and desist, meaning members may not host or participate in organizational activities while the investigation is ongoing,” the statement released late Sunday says. “Additionally, Interfraternity Council has suspended the group’s activities.”

In a statement, the Interfraternity Council said the behavior caught on video does not represent the values of Indiana University’s fraternity members, and that Pi Kappa Phi has been temporarily suspended “until further evidence is presented and a standards case can be heard.”

A fight unfolded at the Pi Kappa Phi fraternity house, said Jonathan Pierce, spokesman for the Jewish fraternity, Alpha Epsilon Pi, two of whose members were injured in the fray.

The two Alpha Epsilon Pi showed up at a Pi Kappa Phi party but weren’t on the guest list and were asked to leave, university spokesman Chuck Carney told CNN without elaborating.

Students back on campus

The injuries did not require an overnight hospital stay, Pierce said, and both students were back on campus Monday studying for finals. Alpha Epsilon Pi is waiting for authorities to finish their investigation before issuing comment on the altercation, he said.

The school says it will hold all individuals and organizations accountable.

“Indiana University condemns bias or violence in any form,” the university statement said. “Diversity and inclusion are core values that we expect to be shared by all IU students.”

Because the allegations against Pi Kappa Phi “(insinuate) a larger problem in this organization,” the Interfraternity Council said it is working with the university and the fraternity’s national office to ensure everyone remains informed. It will also launch a committee to investigate “the disturbing increase of alleged anti-Semitic incidents,” the council said.

Video circulating on social media, which the student-run Indiana Daily Student says is of the altercation, shows a glass-paned door swing open and two people shove another person through the door and into a handrail outside.

At least seven more people rush out of the door behind the initial group, and four or five people appear to punch the person pinned to the rail. CNN has not independently verified that the video shows the altercation. The clip is only 30 seconds long, and it isn’t clear what instigated the incident or what happened afterward.

Campus police have executed a search warrant and interviewed victims, they said in a statement. Prosecutors are withholding comment until the investigation is complete, the Monroe County Prosecutor’s Office said. Should anyone be charged in the incident, prosecutors will make charging and probable cause information public, the office said.

Located about 50 miles southwest of Indianapolis, Indiana University is the state’s largest university, boasting about 40,000 students.