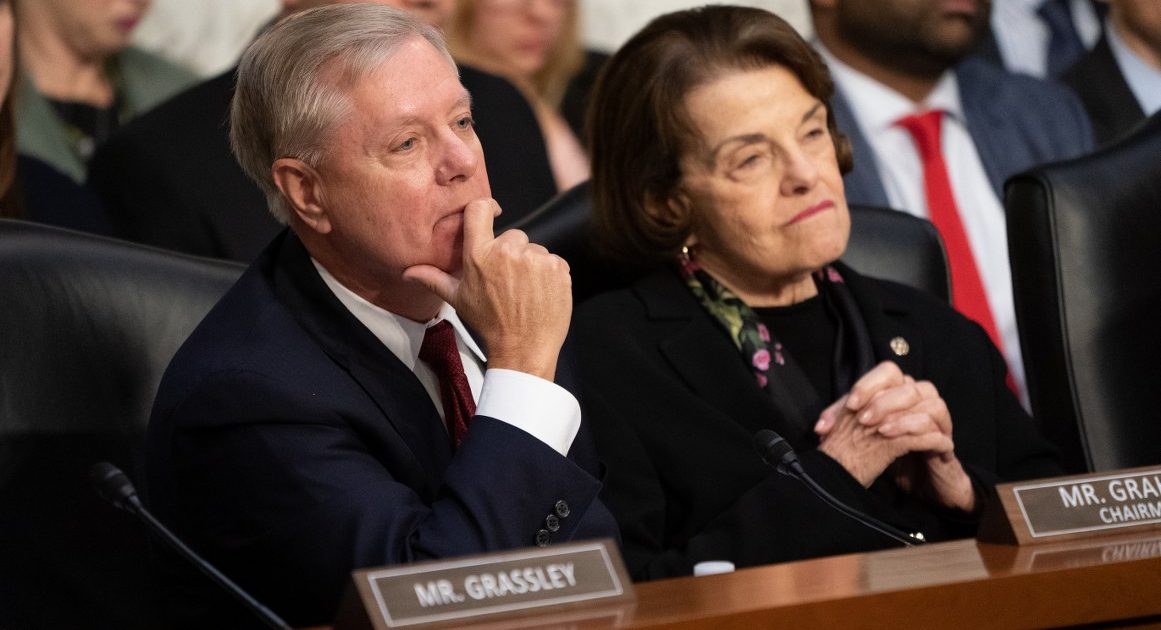 The FBI was way too lax when it sought a secret warrant to wiretap former Trump aide Carter Page. Yet some of the very same people who have been publicly aghast at the circumstances Page scandal are still trying to hammer companies like Apple and Facebook into compromising everybody’s data security to give law enforcement access to your stuff.

You’re forgiven if you missed this news, as it happened at the exact same time last week that the impeachment counts against President Donald Trump were revealed. Our extremely tech-unsavvy lawmakers brought in a few experts to a Senate Judiciary Committee hearing and essentially ignored what they said and yelled demands at them. Virtually every tech expert and privacy advocate under the sun has warned virtually every government official in the world that “back doors” that let police bypass encryption has the potential to cause huge harms and actually makes citizens even more vulnerable to crime. But the legislators want their back doors, dammit.

Here’s Sen. Lindsey Graham (R–S.C.), who just a day later would express shock that the process for the FBI to get a FISA warrant was not as thorough as he believed: “My advice to you is to get on with it, because this time next year, if we haven’t found a way that you can live with, we will impose our will on you.” When a witness attempted to explain how complicated an issue encryption is, Graham responded, “Well, it ain’t complicated for me.”

The Democrats haven’t been impressive on this issue either. Sen. Dianne Feinstein (D–Calif.) still holds the position that it’s no big deal if tech companies just let law enforcement officials in to read encrypted material, as long as they’ve got a warrant. Sen. Dick Durbin (D–Ill.) thinks the debate is about whether encryption implemented by companies puts information “beyond the reach of the law.” He doesn’t seem to care about the arguments that weakening encryption and providing back doors will let hackers and hostile nations access the private data and communications of people around the world (including Americans).

The talking point both the Justice Department and the lawmakers have settled on is that they need to be able demand back doors for the children. Apparently, we all need weaker protections in order to fight child sexual abuse and trafficking.

Sen. Sheldon Whitehouse (D–R.I.) asked the tech industry witnesses if they’d be willing to “take responsibility for the harm” that might be caused if law enforcement didn’t have back door access. But is Congress and the Justice Department going to “take responsibility for the harm” when these vulnerabilities make it out into the wild (as they inevitably would) and are abused by criminals or by authoritarian states?

This encryption fight has been going on for years, and the back door advocates has resolutely refused to consider the possibility of abuse. Graham in particular has been unwilling to consider the possibility that FISA warrants could ever be used to secretly snoop on Americans inappropriately. But by Thursday, he had changed his tune; if nothing else, the Trump case has forced him to think about what can go wrong when the government can secretly access people’s private information without their permission.