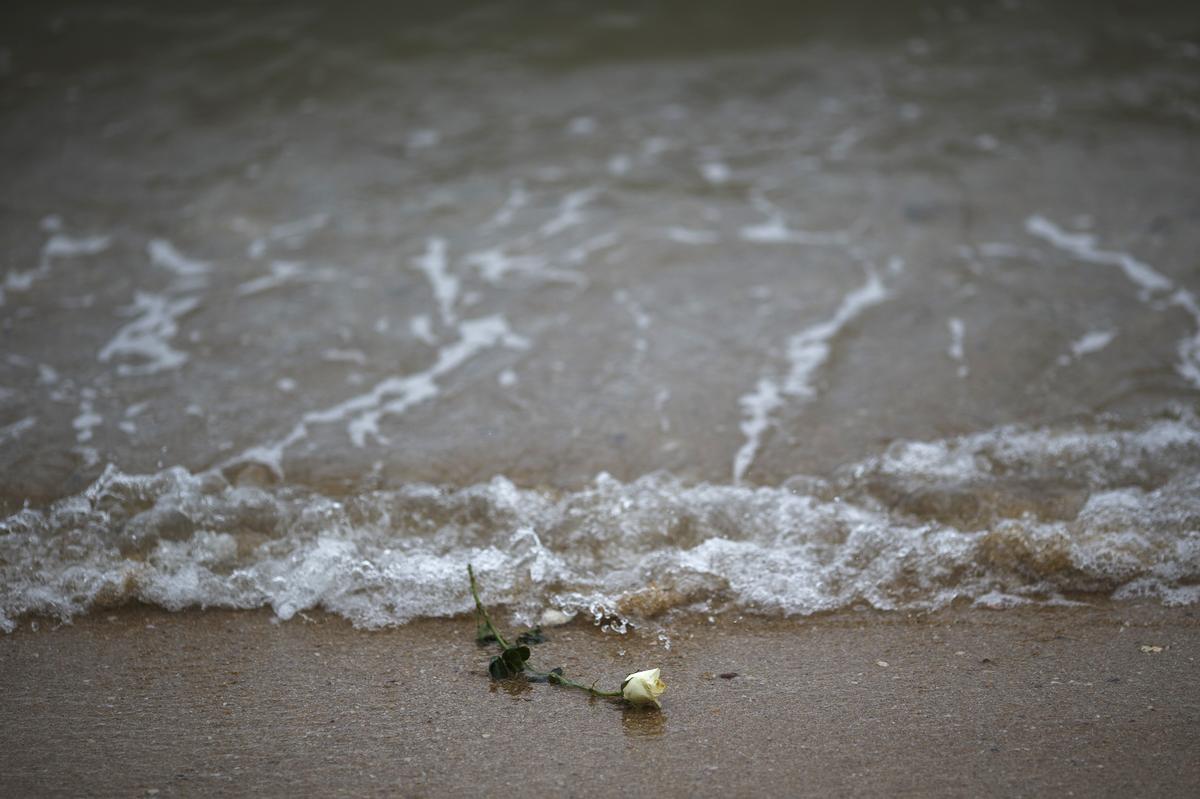 FILE PHOTO: A rose is seen on the beach after being released by Thai children near a wave-shaped tsunami monument for victims of the 2004 tsunami in Ban Nam Khem, a southern fishing village destroyed by the wave December 26, 2014. REUTERS/Athit Perawongmetha

TAKUA PA, Thailand (Reuters) – Fifteen years after the Indian Ocean tsunami killed more than 230,000 people on Boxing Day, 2004, a cargo container at a police station in southern Thailand bears witness to the hundreds of victims whose remains were never identified.

Inside are personal items – wallets, documents, electronics, all bagged and labelled as evidence – that police hope might one day help to give a name and a proper resting place to those buried nearby in graves marked only by numbers.

“There are still more relatives of the victims, both near and far, that have hopes of finding their lost loved ones,” said Colonel Khemmarin Hassini, deputy police commander in Takua Pa district, one of the areas hardest hit by the tsunami.

Triggered by a massive 9.1-magnitude earthquake, the tsunami killed more than 230,000 people as waves as high as 17.4 meters (57 feet) crashed onto the shores of more than a dozen countries, wiping some communities off the map in seconds.

In Thailand, where more than 5,000 people died, the Disaster Victim Identification (DVI) unit involving police and forensic experts from 30 countries was able to identify more than 3,600 bodies in under two years, the largest and most successful project of its kind.

Colonel Khemmarin was part of that international team, but he said 15 years later a lot of the “communication channels have shut down” and leads had been lost.

“If we are determined enough and reactivate our operations once again, I think some of the 340 unidentified bodies could be identified,” he told Reuters in Takua Pa town.

Hin Temna, 76, who lives in nearby Ban Nam Khem village, lost seven family members killed and his oldest daughter remains missing. They were among more than 1,500 people from the village who died in the disaster.

“There’s no use to keep hoping (I will find my daughter). I don’t think we will,” he said.