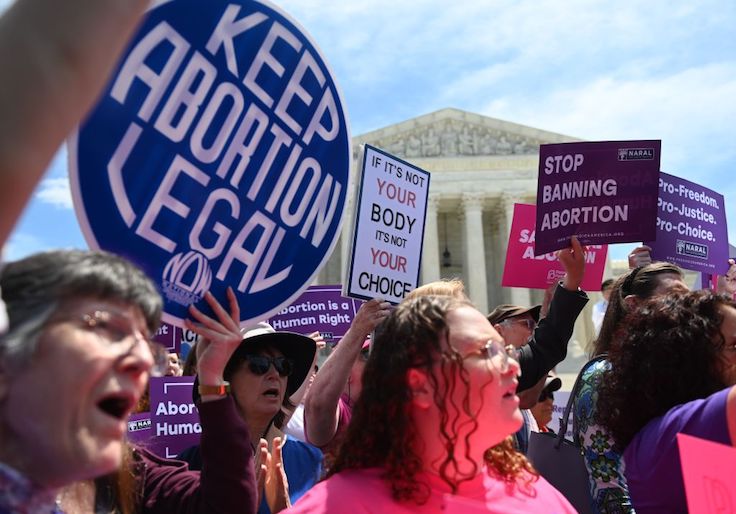 House Democrats are pushing Medicare for All plans that would require taxpayers to pay for abortion.

Lawmakers are attempting to use Medicare for All to effectively repeal the Hyde Amendment, a decades-old provision that prohibits federal funding of abortion with narrow exceptions in cases of rape, incest, and concern for the health of the mother. Reps. Rosa DeLauro (D., Conn.) and Pramila Jayapal (D., Wash.) testified in front of the House Committee on Energy and Commerce about their respective health care plans, both of which have language intended to force taxpayers to pay for abortion in government-run health care systems.

DeLauro is the sponsor of the Medicare for America Act, which includes a provision that says, “Federal funds may be used to provide for abortion services under any health program or activity.” It also lists abortion under the category of “comprehensive reproductive health services.”

Jayapal’s Medicare for All Act does not mention abortion by name, but instead refers to the provision of “Comprehensive reproductive, maternity, and newborn care.” The bill calls for the creation of a “Universal Medicare Trust Fund” to pay for care. The money in that fund would be exempt from any other law in effect that restricts taxpayer funding of abortion.

Rep. Michael Burgess (R., Texas) criticized the proposals for violating the rights of hospitals and doctors who are morally opposed to abortion.

“There are certain key details of this legislation that would mean dramatic and radical departure from longstanding abortion-related policy,” Burgess said. “The legislation requires government funding of abortion without limitation and also likely would require unwilling hospitals and doctors to perform abortion procedures. When you go into a government system and you don’t have choice, you have to play by the rules.”

The pro-life Susan B. Anthony List sent a letter to congressional members on Monday asking them to oppose any health care legislation that did not conform to the Hyde Amendment’s requirements.

“H.R. 1384, Rep. Pramila Jayapal’s ‘Medicare for All Act of 2019,’ would overturn decades of federal precedent and intent by funding elective abortion,” the letter said. The activists dismissed “comprehensive reproductive … care” as a “euphemism that includes abortion-on-demand.”

Medicare for All has become a signature issue in the 2020 Democratic presidential primary. Abortion activists have embraced candidates who have championed taxpayer-funded abortion in their health care plans. Planned Parenthood, which has yet to endorse a candidate, praised Sen. Bernie Sanders (I., Vt.) for explicitly including federal coverage of abortion procedures in his 2017 health care proposal.

Polls have shown that 55 percent of voters object to using taxpayer dollars to pay for abortion. Terry Schilling, executive director of the American Principles Project, said Democrats are catering to abortion extremism at the expense of their constituents.

“What’s worse than a total government takeover of the health care system? How about one that mandates using taxpayer dollars to cover abortions,” he told the Washington Free Beacon. “It’s hard to overstate just how extreme a proposal the ‘Medicare for All’ plan is.”

Tom McClusky, president of March for Life Action, echoed this criticism, telling the Free Beacon that Medicare for All proposals would “essentially outlaw protections for unborn children and violate the conscience rights of health care professionals.”

“It is shocking that so radical a bill is being promoted as Democrats’ signature health care initiative,” he said.