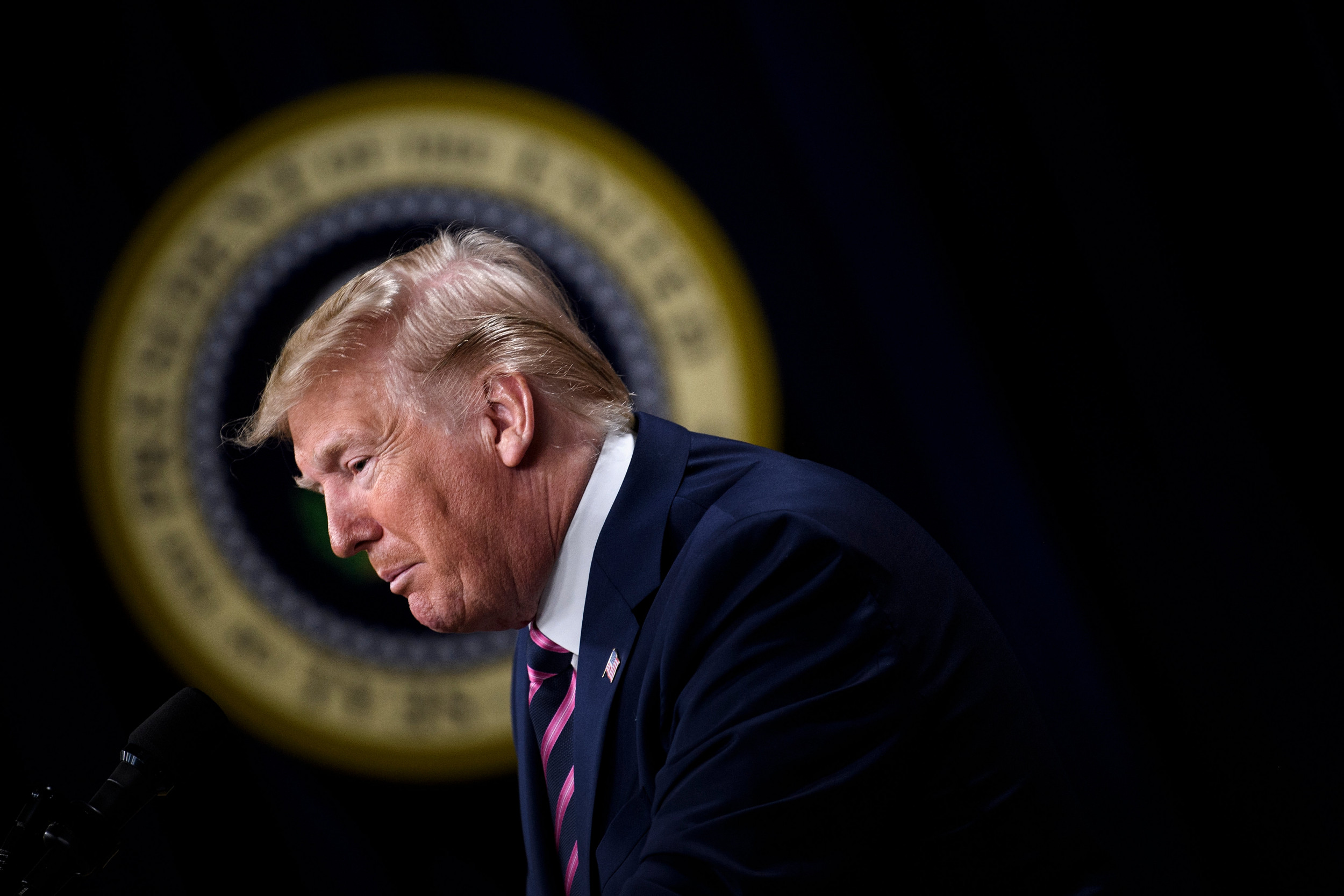 Trump took to Twitter on Sunday to encourage supporters to watch Fox News host Sean Hannity’s upcoming appearance on The Mark Levin Show. Hannity “stated about the Impeachment Hoax, ‘This is outrages [sic] lying, corruption and propaganda. Should never be allowed to happen,'” the president tweeted.

In response, Conway criticized the president for being “so dumb that he doesn’t know how to spell ‘outrageous.'” “This isn’t the first time he’s made this specific mistake, so you can’t chalk it up to the slip of a finger,” the conservative attorney added.

Shortly after, Conway continued his attack on the president by retweeting a screenshot of two previous Trump tweets where the word “outrageous” was misspelled as “outrages.”

“‘I think it’s outrages [sic] that a Whistleblower is a CIA Agent.’ Ed Rollins @FoxNews,” the president tweeted on October 4. “‘The press is just outrages [sic]. This @nytimes story is the most irresponsible thing I’ve ever seen.’ @EdRollins @LouDobbs I agree,” he wrote on September 21.

Newsweek reached out to the Trump administration for comment but did not receive a response in time for publication.

For months, Conway, one of Trump’s loudest critics online, has launched near-constant attacks against his wife’s boss over his alleged inability to perform effectively as president. Due to this, the Conways’ marriage has been the subject of several recent talk show discussions and news articles questioning their relationship.

On December 14, Saturday Night Live mocked George Conway’s marriage to Kellyanne in a “trailer” segment starring Scarlett Johansson as a therapist giving advice to the couple, played by cast members Beck Bennett and Kate McKinnon. Johansson’s character opened the clip by telling the couple: “All right, so I’m familiar with some of the differences of opinions that you’ve had publicly. I want to know what you love about each other.”

While the Conways have largely ignored questions from reporters about their marriage, Kellyanne’s husband directly called out his wife earlier this month in a retweet of her post.

“WATCH: Sleepy Joe is Creepy Joe. We need Ukraine’s help to defeat THIS guy?” Kellyanne tweeted alongside a video of 2020 candidate Joe Biden. In a retweet of her post, Conway said: “Your boss apparently thought so.”

The back-and-forth marked the first time Conway directly challenged one of his wife’s tweets.