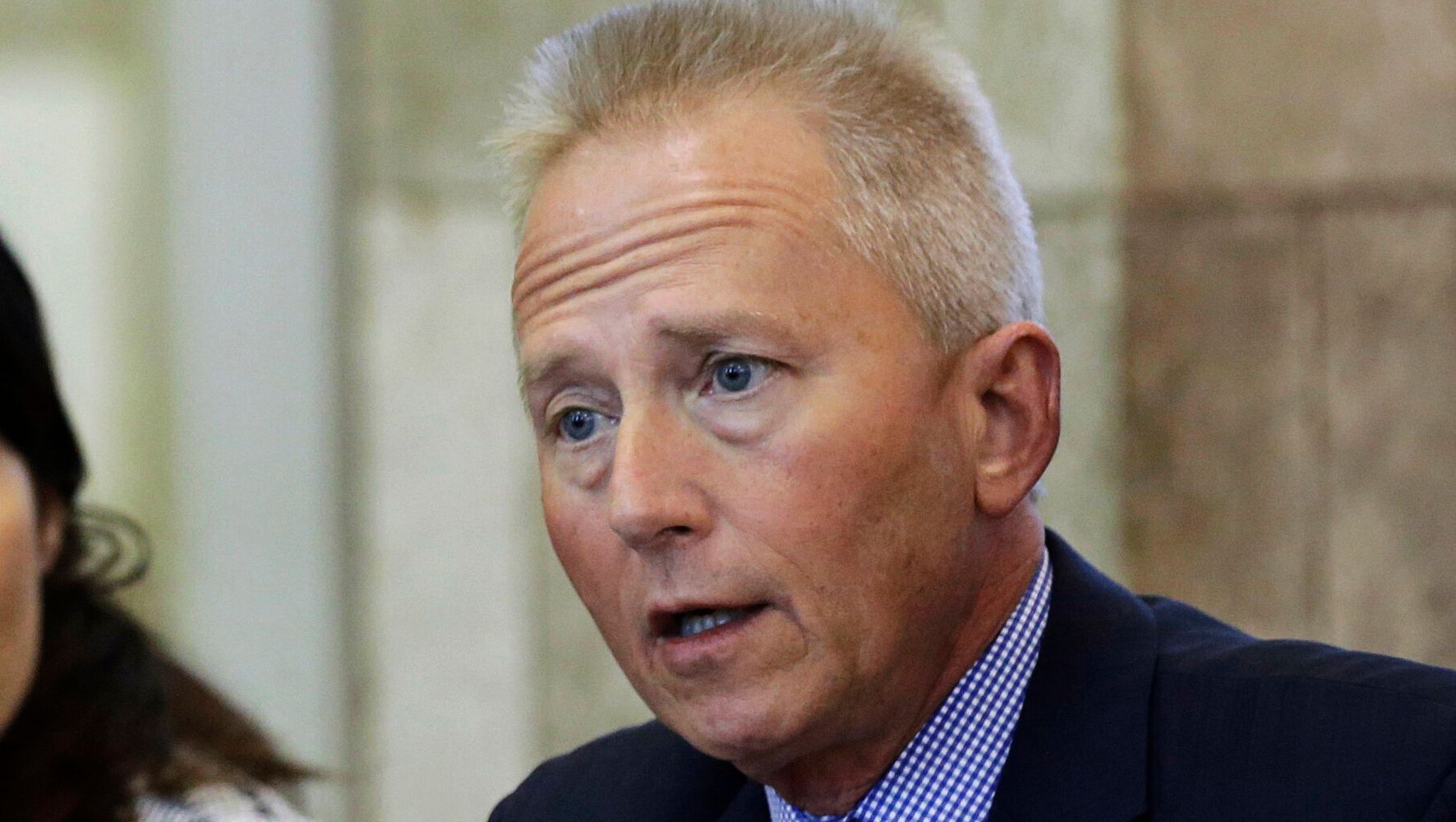 Five senior aides to Rep. Jeff Van Drew (D-N.J.) announced their resignation Sunday ahead of the congressman’s expected party switch that comes amid his opposition to the impeachment investigation.

The aides in Van Drew’s Washington, D.C., office wrote a joint letter to his chief of staff Allison Murphy, saying that they are “deeply saddened and disappointed” by the congressman’s decision to identify as a Republican going forward.

“Sadly, Congressman Van Drew’s decision to join the ranks of the Republican party led by [President] Donald Trump does not align with the values we brought to this job when joined his office,” according to the letter, which was first obtained by Politico and CNN. The letter goes on to say that the aides respect Van Drew but “can no longer in good conscience continue our service in the Congressman’s employ” due to his decision.

“Over the past year, Trump Republicans have sided with special interests over the needs of working people,” the letter states. “Worse, they continue to aid and abet Trump as he shreds the Constitution and tears the country apart. They have refused to grapple with how the President of the United States has jeopardized our national security for his own political advantage.”

Five of Jeff Van Drew’s staff members announced their resignation Sunday after the congressman privately indicated he would switch parties, saying they are “deeply saddened and disappointed” by the decision pic.twitter.com/TnlbUakEp1

Murphy, who is still with Van Drew’s office and is reportedly not expected to resign, did not immediately respond to HuffPost’s request for comment.

Van Drew has been considered a moderate-conservative Democrat and flipped his Trump-friendly Republican district in southern New Jersey last year to give Democrats the House majority. The freshman has been the Democratic Party’s most public opponent of impeaching Trump and made the decision Friday to cross over to the GOP after personally meeting with the president. The meeting was first reported by The Washington Post.

The Democrat-controlled House is prepared to approve two articles of impeachment ― abuse of power and obstruction of Congress ― against Trump this week, after the chamber’s Judiciary Committee voted to advance the articles on Friday. If the House approves the articles, the impeachment process then moves on to the GOP-controlled Senate for a trial, which Senate Minority Leader Chuck Schumer requested in a letter Sunday to start on Jan. 6.

Van Drew was one of two Democrats (the other being Minnesota Rep. Collin C. Peterson) to vote against formalizing the impeachment inquiry in October and announced earlier this month that he planned to vote against both articles of impeachment on the House floor.

The congressman was reportedly losing significant Democratic support in his district, so switching parties would allow him to avoid a Democratic primary challenger, according to a recent polling memo obtained by the Post that showed only 24% of likely Democratic voters thought he should be reelected.

Van Drew has argued that the impeachment process will just further divide the country and that it would be better to let voters decide whether Trump stays in office during the 2020 election. House Speaker Nancy Pelosi actually shared Van Drew’s sentiments for an extended period of time until an intelligence whistleblower filed a complaint alleging Trump used the power of his office to pressure a foreign government to investigate his 2020 political rival, former Vice President Joe Biden, all while withholding military aid to the country as leverage.

Pelosi now says that it is lawmakers’ constitutional duty to conduct the impeachment investigation, and that the country should not wait for the election to decide Trump’s fate because the president has already attempted to have foreign governments interfere in the United States’ election process.

On Saturday, House Minority Leader Kevin McCarthy (R-Calif.) told Fox News’ Jeanine Pirro that Van Drew is welcome in the Republican Party, “not just by me but by our conference, and we would support him and we would welcome him to join.”