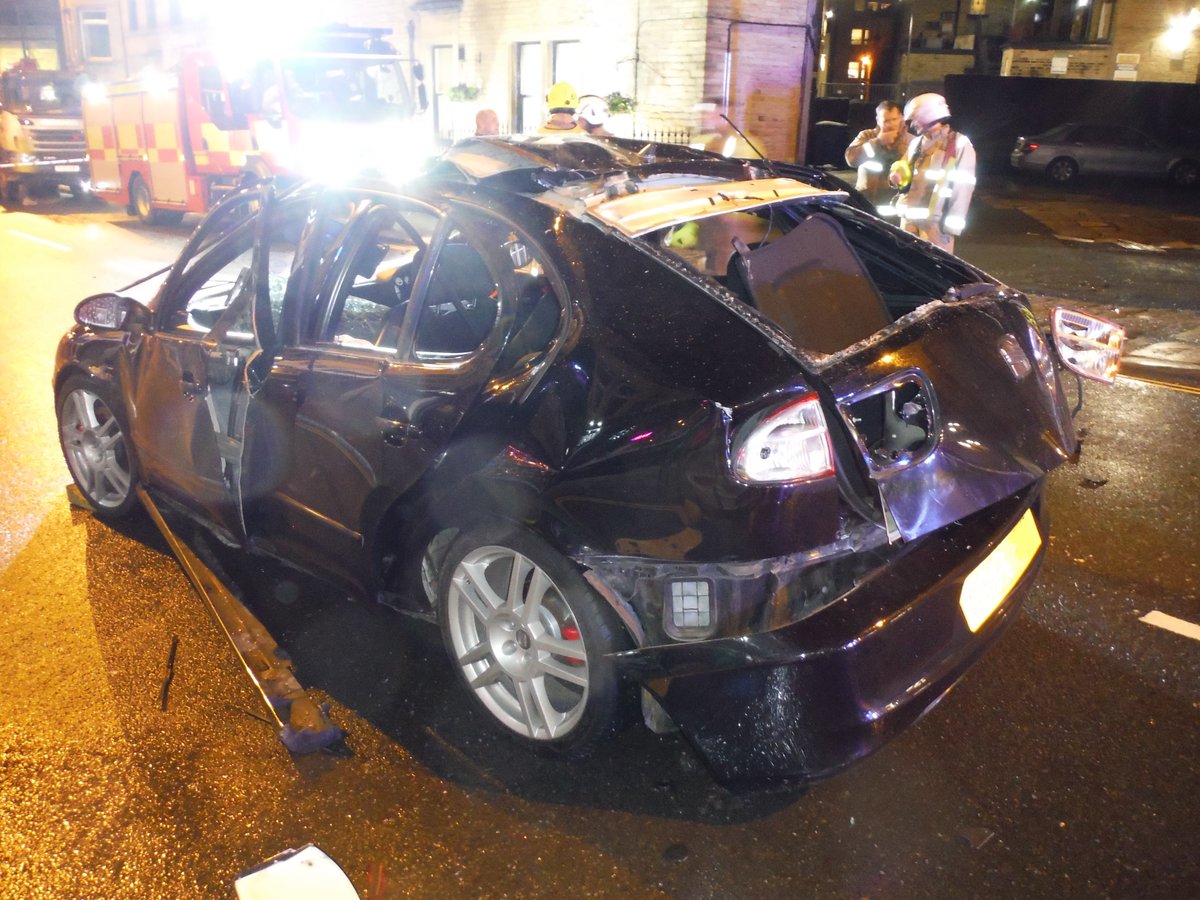 A driver blew up his car by lighting a cigarette moments after spraying too much air freshener, authorities have said.

Firefighters responded to the incident on Fountain Street in Halifax in West Yorkshire, U.K., shortly after 3.30 p.m. on Saturday.

West Yorkshire Fire and Rescue Service said that the “dramatic” explosion is believed to have been caused by the excessive use of air freshener.

Alongside a picture of the damaged vehicle, the fire service wrote on Twitter: “Excessive use of an air freshener was the cause. When the driver lit a cigarette the outcome was dramatic.”

The BBC reported that gas from the aerosol canister ignited and blew out the vehicle’s windows and windscreen, as well as also buckling the doors. The blast was so powerful that it damaged windows of nearby businesses on the street.

One witness took to Twitter to report that he had heard an “enormous bang” while in a bar nearby.

“A car explosion in Halifax Town Centre. What an enormous bang. I was in an adjacent bar. Emergency services on scene in moments,” Craig Chew-Moulding wrote. “Unbelievably the driver just climbed out. Thankfully there appears to be no injuries.”

Another person wrote on Twitter: “A car has literally just exploded outside my flat, the entire room shook windows rattling absolutely madness! I really hope no one is seriously hurt.”

The Manchester Evening News reported that the driver was treated at the scene by paramedics, but had sustained only minor injuries after the explosion.

Police told the newspaper that the explosion “could have been worse” and warned drivers of the dangers of using aerosol cans around open flames.

“The owner of a car parked on that street and had used an air freshener can but not ventilated his car before lighting his cigarette,” West Yorkshire Police said.

“The fumes exploded and blew out his windscreen, along with some windows at nearby business premises. The owner fortunately sustained only minor injuries but this could have been worse.” West Yorkshire Police have been contacted for additional comment.

The road was closed on Saturday afternoon as police and the fire service investigated at the scene. West Yorkshire Fire and Rescue Service said an investigation into the incident is ongoing.

Following the blast, authorities urged people to follow the safety warnings on product labels. “We don’t always see risk in everyday items but invariably they do exactly what is says on the tin,” the fire service said on Twitter. “We have attended incidents of a similar nature before. Always read the labels.”