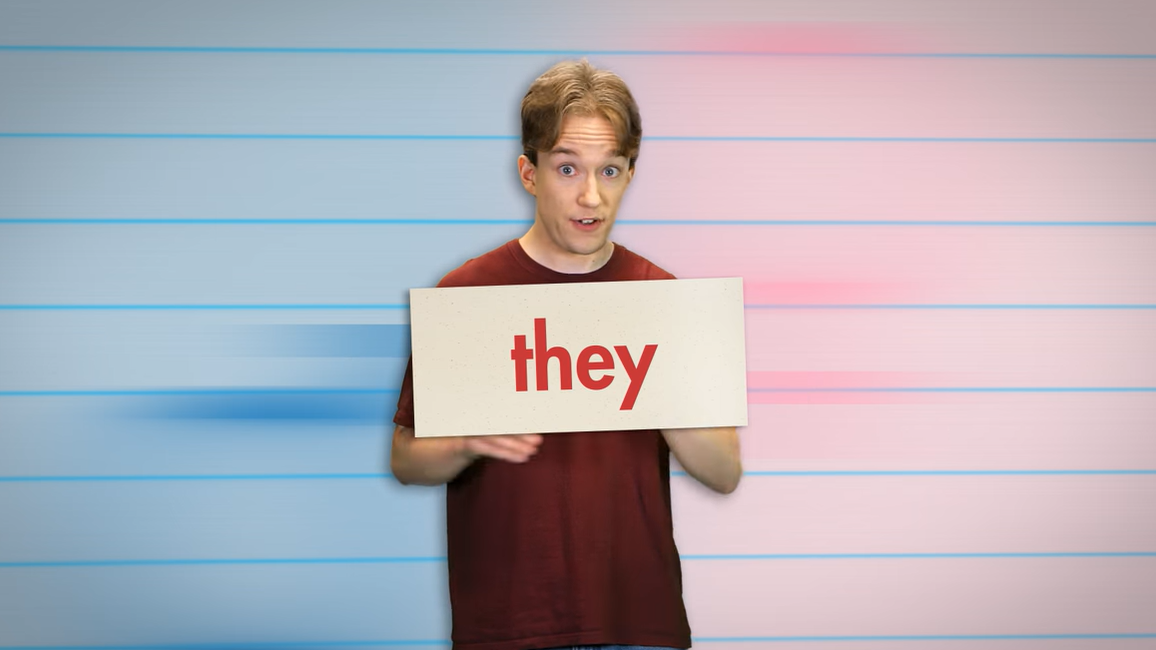 The Washington Post has assembled an array of mean-spirited comedians on staff, from Gene Weingarten to Alexandra Petri to cartoonists Tom Toles and Ann Telnaes. So when it comes to choosing sensitivity over comedy, they’re major hypocrites. But an LGBTQ activist took to Sunday’s Outlook section for a lecture:

Stop making jokes about pronouns when people tell you theirs

Jercich began by lamenting CNN’s Chris Cuomo joking “me, too” when Sen. Kamala Harris announced her pronouns were “she” and “her.” He apologized almost immediately after the left-wing backlash, but Jercich reported: “I wondered, not for the first time: Why can’t cisgender people be semi-normal about this?”

But you can’t ask them to be “semi-normal” about their gender fluidity. No, they offer “complexity” with their pronouns:

[I]t’s increasingly common, especially in spaces trying to demonstrate LGBTQ friendliness, to have people declare their pronouns upon introduction or in their email signatures: My name is Kat, I live in Chicago, and I use she or they pronouns. (As the writer Ada Powers recently pointed out on Twitter, this dual pronoun use can be a way for some non-binary people to express the complexities of their gender identity in different contexts and social settings.)

So don’t try comedy, even to just boast about yourself:

[D]on’t say your pronouns are “princess” and “in charge.” You may get a laugh, but is the cost — the alienation, discomfort or frustration of vulnerable people — worth it? A cisgender person who claims that their pronouns are “dance mom” and “brat” is suggesting that they are not interested in how fraught this matter can be for trans and non-binary people.

How fraught is it? It feels like being suffocated by a tight sweater?

Those of us who make a point of identifying our pronouns often want to make sure that others see us as we are. Having my gender interpreted incorrectly makes me feel panicky, like trying on a sweater that’s too tight around the neck in a crowded store. Others have said it makes them feel stigmatized, lonely, dysphoric, depressed or threatened. It’s not appropriate for people who aren’t in danger of being fired, evicted or even murdered for their gender identity to decide that pronouns are a joking matter.

Even if you get it right, it “doesn’t automatically make you an ally, which requires much more work.”

But if you’re a cis person who’s going to make a show of declaring your pronouns as a way of signaling your allyship, can I just ask you to please be chill about it? Feeling discomfort with new things, especially when they involve other people’s lived experiences, is part of what it means to be a compassionate adult human. If you’re a cisgender person who has never had to worry about which pronoun someone is going to use for you, introducing yourself at a party or workshop is not the time to get creative. We might just call you “out of touch.”

PS: A look at Jercich’s recent tweets demonstrates she’s passionate about abortion. So which is more insensitive? Using the “wrong” pronoun? Or ripping a human limb from limb?

She doesn’t use the terms that people who choose to be pro-life would prefer. She calls us “anti-choice advocates” and “anti-abortion extremists.” I feel stigmatized, lonely, depressed, and threatened….