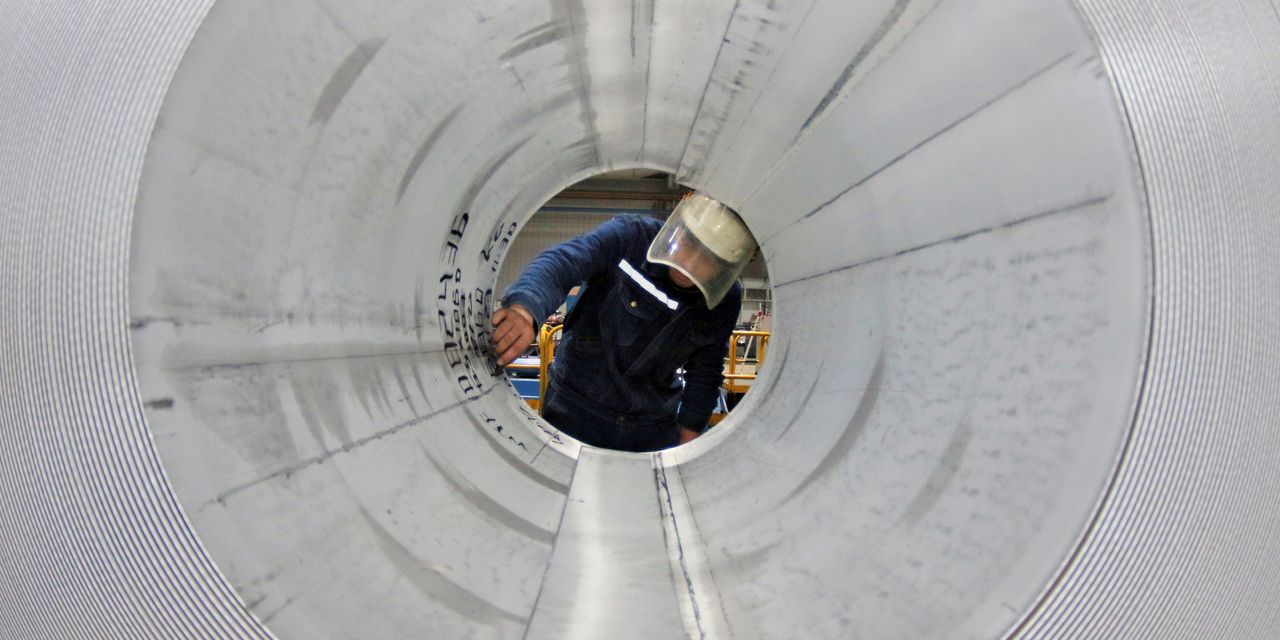 While many economists remain cautious about the sustainability of any improvement in China’s economy, the better-than-expected data released on Monday morning in Beijing—together with a limited trade deal announced by Beijing and Washington on Friday—could alleviate concerns about downside risks for the world’s second largest economy.

Value-added industrial output for November rose 6.2% from a year earlier, accelerating from a 4.7% year-over-year increase in October, the official National Bureau of Statistics said. November’s reading easily topped the 5% increase predicted by a Wall Street Journal poll of 15 economists.

China’s retail sales climbed 8% in November from a year earlier, compared with October’s 7.2% increase. That beat a median forecast for 7.6% growth.

China’s fixed-asset investment remained unchanged at 5.2% for the January-November period amid accelerated industrial investment and slower expansions for the infrastructure and property sectors. Home sales, investment and construction slowed slightly in November as Beijing held firm to its policies aimed at curbing property speculation.

“It’s hard to know whether the better-than-expected data suggests that the economy has reached its bottom in November,” said

referring to the factory production and fixed-asset investment readings.

Mr. Ding pointed to a weeklong holiday in October that may have led many economists to misread in that month’s weak data signs of deeper trouble in the Chinese economy. He said more data in coming months would be needed to get a better picture of where things stand.

Mr. Fu expressed optimism that China’s economy would meet the leadership’s growth target of between 6% and 6.5% for the year, though he also raised signs of caution.

After the release of Monday’s data, economists at UBS and Oxford Economics raised their forecasts for 2020 Chinese economic growth to 6%, up from earlier predictions for 5.7% growth. In addition to the positive data on Monday, the UBS and Oxford Economics economists pointed to an improved outlook following the recently unveiled limited trade deal between Washington and Beijing.

In a phase-one deal announced by the U.S. and China on Friday, Beijing promised to buy more farm products and other goods from the U.S., while the U.S. put the brakes on new tariffs that were set to take effect on Sunday. The U.S. also agreed to reduce some existing levies.

Standard Chartered’s Mr. Ding said the deal, which is set to be signed in early January, could keep the Chinese economy humming at around 6.1% in 2020, which in turn would help Beijing fulfill its target of doubling the overall size of its gross domestic product in the decade that ends next year.

“Given the improvement in the external outlook following the trade deal and signs of stabilization in industry, we don’t expect a major policy easing in 2020 will be considered necessary,” said

an economist at Oxford Economics.

Even so, much around the trade dispute remains unresolved and uncertainty around U.S.-China trade ties—as well as a cooling property sector—pose two of the largest downside risks for the Chinese economy next year.

Chinese economic growth slowed to 6% in the third quarter of 2019, landing right on the bottom line of this year’s full-year target range, hitting a nearly three-decade low. Economists recently have debated whether Beijing should introduce more aggressive stimulus measures to defend the 6% growth rate should momentum slow further.

After an annual closed-door conclave last week to discuss the economy, Chinese leaders pledged to maintain steady growth, but they also vowed to ward off financial risks and curb a rise in debt accumulation.