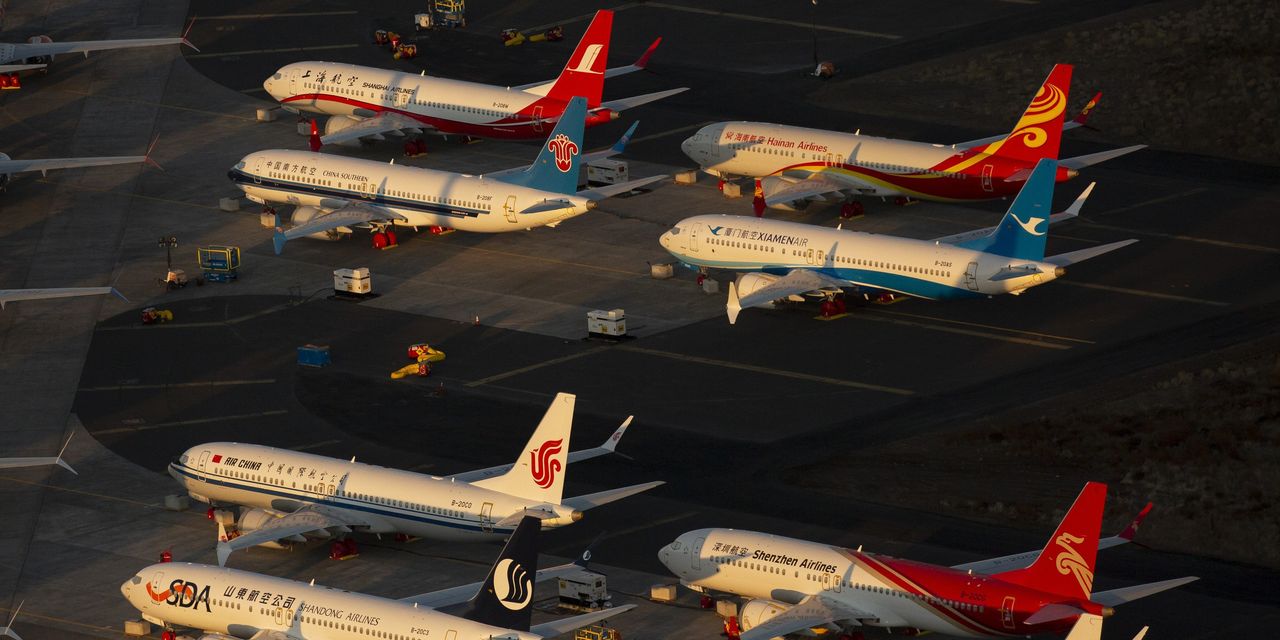 is considering either suspending or cutting back production of the 737 MAX amid growing uncertainty over the troubled plane’s return to service and could disclose a decision as soon as Monday, according to people familiar with the matter.

Boeing management increasingly sees pausing production as the most viable among difficult options as the plane maker’s board began a meeting Sunday in Chicago, these people said. Support for halting production comes days after U.S. regulators warned the aerospace giant it had been setting unrealistic expectations for when the jet would be allowed to fly again, these people said.

Cutting production further, following an earlier reduction in April, would inflate Boeing’s costs and trigger charges against its financial results as fixed expenses would be spread among fewer planes. It could also spur job cuts and furloughs across the global aerospace industry, as well as further disruption to airlines hit by the grounding of a fleet of around 800 jets that is likely to stretch to nearly a year.

Global aviation regulators grounded the MAX in March after a fatal accident in Ethiopia—the second one for the MAX, following one less than five months earlier in Indonesia. The accidents took a total of 346 lives.

Boeing said in October a production freeze or further cut could be necessary if federal approval of MAX flight-control software fixes and training changes extend into 2020.

The board deliberations, which were slated to last through Monday, have taken on more urgency following a meeting last week between Boeing Chief Executive

that reset the likely timetable for certification to February or beyond, according to the people familiar with the matter.

Boeing hadn’t made a decision as of early Sunday, and some of the people familiar with the matter stressed that production changes weren’t certain and that any management action would happen in close consultation with the board.

Boeing signaled to U.S. aviation officials last week that it anticipates a production-related announcement this week amounting to at least a significant rollback of MAX output, one of these people said.

No immediate employee layoffs were anticipated, this person said, because of the previously scheduled closing of the 737 assembly plant in Renton, Wash., for the Christmas and New Year’s holidays. The holiday break typically lasts about two weeks.

Any MAX production changes could carry significant implications for the U.S. economy. Boeing’s inability to deliver the aircraft during the prolonged grounding has already weighed on the nation’s trade deficit.

A Boeing spokesman said the company continues to work closely with the FAA and global regulators on the MAX’s safe return to service, adding: “We will continue to assess production decisions based on the timing and conditions of return to service, which will be based on regulatory approvals and may vary by jurisdiction.”

Boeing has already taken a $3.6 billion charge to cover additional production costs and has set aside $6.1 billion for customer compensation.

The company cut 737 production by a fifth in April and shelved plans to boost output this past summer, forcing suppliers to adjust their own plans to deliver parts and supplies for a backlog of more than 4,500 orders for the jet.

Any decision to recalibrate production highlights the complexity of completing essential software testing that already has been repeatedly delayed, winning backing from multiple global regulators and preparing hundreds of planes for flight. Some U.S. airlines have said that if the plane wins approval, they would take delivery of their past orders as quickly as Boeing can fill them. Others have said they would rather wait until air travel picks up again in the spring, or even after the peak summer season.

The global MAX supply chain involves about 600 firms, plus hundreds of smaller subcontractors. Boeing has been assisting them through easing payment terms and extending working capital, said companies involved in the chain.

Some suppliers said the furloughing of staff and stoppage to machinery that would likely follow a halt would be more disruptive than maintaining lower production while the plane is grounded.

“It’s easier to ramp down gradually and then ramp back up,” said

chief executive of Moog Inc., which makes control motors for the MAX.

Most MAX suppliers had cut output in line with Boeing’s current 42-plane-a-month rate, which allowed some such as engine maker CFM International, a joint venture between

to catch up from production bottlenecks that hobbled deliveries last year.

Boeing cut monthly output of the 737 to 42 from 52 last April. Executives said in October that they hoped to resume deliveries in the fourth quarter, and clear the backlog by the end of next year, allowing it to resume its previous production plan. Some airline and industry executives have said it could take two years. Boeing had been planning to ramp up production to 57 planes a month by the end of 2020.

Write to Andrew Tangel at Andrew.Tangel@wsj.com, Andy Pasztor at andy.pasztor@wsj.com and Doug Cameron at doug.cameron@wsj.com