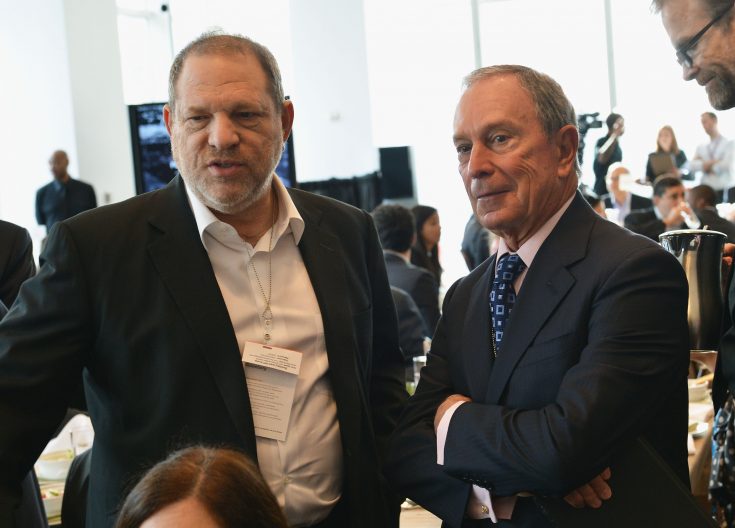 Michael Bloomberg’s presidential campaign will not comment on his company’s refusal to release women who would like to speak out on the work environment at Bloomberg L.P. from strict nondisclosure agreements, according to ABC News.

Bloomberg’s company has faced more than a dozen legal complaints of workplace discrimination and harassment, including many that involve the billionaire businessman himself. One woman, Sekiko Sakai, alleged that after learning she was pregnant, Bloomberg told her to “kill it.” Other crude comments Bloomberg is alleged to have made include: telling a female employee to keep her boyfriend happy with “good [oral sex],” announcing at a dinner party that he’d “love nothing more in life than to have Sharon Stone sit on my face,” and making comments like “I’d like to do that piece of meat” and “I would DO you in a second.”

ABC News reports that many of the women, including Sakai, told the network they are unable to discuss the incidents because of nondisclosure agreements. “ABC News has spoken with several women who expressed interest in telling their stories, but feared the prospect of facing retribution from the company for speaking out,” it reported on Monday.

ABC further reports that the Bloomberg campaign declined to comment on whether the former New York City mayor has considered releasing the women who would like to speak out from their nondisclosure agreements.

Bloomberg is already being challenged on the issue by Democratic presidential primary rival Sen. Elizabeth Warren (D., Mass.), who late Monday afternoon called for the women to be released from the nondisclosure agreements.

“I think NDAs are a way for people to hide bad things they’ve done,” Warren said, according to Washington Post reporter Amy Wang. “And I think that women should be able to speak. They need to be released from NDAs.”

“When women raise concerns like this, we have to pay attention,” Warren said. “We have to listen to them—and if Bloomberg has made comments like this then he has to answer for them.”