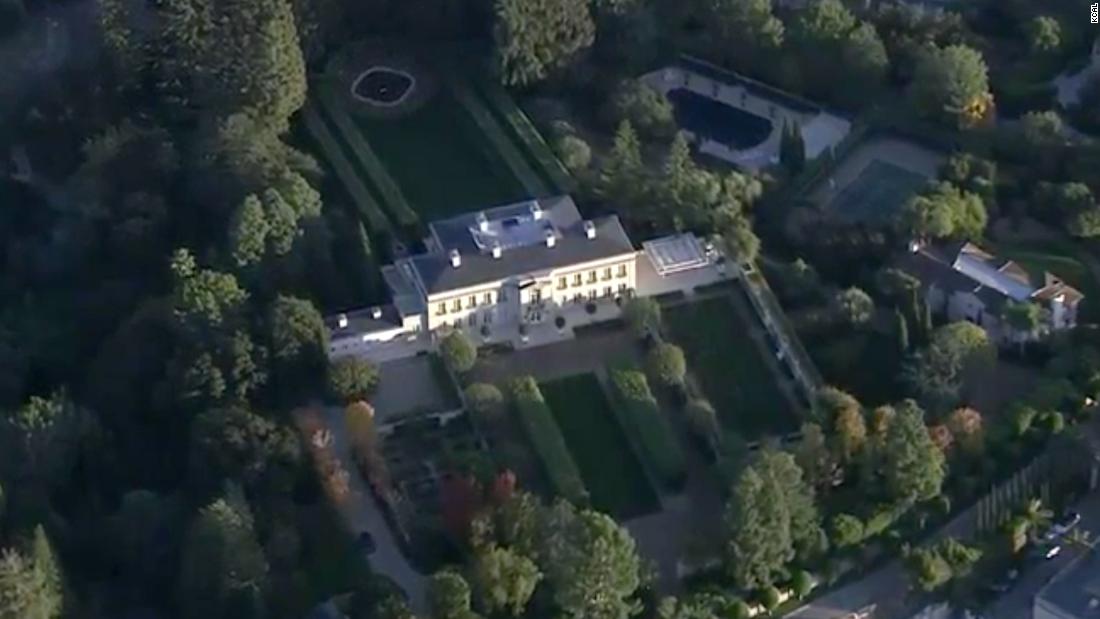 A mansion with a starring role in the classic US sitcom “The Beverly Hillbillies” has become California’s most expensive property after it reportedly sold for around $150 million.
Famous for its appearance in the opening credits of the all-American show, the Chartwell estate is located in the exclusive Los Angeles neighborhood of Bel Air.
The high-end property, which centers on a French neoclassical-style chateau set in 10 acres of land, was bought by Rupert Murdoch’s son Lachlan, the Los Angeles Times and The Wall Street Journal reported.

Chartwell features in “The Beverly Hillbillies,” which ran from 1962 to 1971, as the house inhabited by the hilariously unsophisticated Clampett family, who move to LA after striking it rich.

The 18-bedroom home appeared in the credits for the hit US sitcom, The Beverly Hillbillies. Credit: travis7310/YouTube

The sale has beaten the Los Angeles County record of $110 million, set in April 2018 when Peter Morton, the co-founder of the Hard Rock cafe, sold his beachfront home in Malibu.
The luxury Bel Air estate is now the second most expensive home ever sold in the US, surpassed only by a $238 million condominium in New York City bought by billionaire hedge-fund manager Ken Griffin in January.

Since 2016, six homes in LA have sold for $100 million or more, the LA Times reports. Chartwell previously belonged to another media mogul, Andrew Jerrold Perenchio, who died in 2017.

The 25,000-square-foot mansion was designed by Sumner Spaulding in 1930 with a limestone exterior and renovated in the 1980s by French interior designer Henri Samuel, according to the listing on Gitlin Luxury Properties.

It features 18 bedrooms, 24 bathrooms, a ballroom and a five-bedroom guesthouse designed by well-known architect Wallace Neff. The mansion has panoramic views over the city and the Pacific Ocean, a 75-foot pool with spacious pool house, a tennis court, car gallery for 40 vehicles, 12,000-bottle wine cellar and manicured gardens with a spectacular fountain.

The Beaux Arts mansion was commissioned by engineer Lynn Atkinson, who filled it with gold and marble, Baccarat chandeliers, a vaulted morning room, walnut paneling and an extravagant copper roof, according to a Los Angeles Magazine article from 2000. Architect Richardson Robertson told the magazine the house “just symbolized old Bel-Air.”

Atkinson’s wife, Berenice, reportedly hated it on sight, asking: “Who would ever live in a house like this? It’s so grandiose.”

It stood empty until Arnold Kirkeby, a hotelier, bought it for $200,000 in 1945. Another media mogul, Andrew Jerrold Perenchio, bought it for £13.5 million in 1987 and enlisted Samuel, who spent five years gutting and restoring the palatial home, adding a parquet de Versaille floor in the garden room.

A secret tunnel runs from the basement of the home to the swimming pool.

The 18th century-style estate was first listed in 2017 for an eye-watering $350 million, according to Forbes, and was the most expensive home on sale in the US.

There are five dwellings on the property, including an acre-sized lot Perenchio bought from the estate of Ronald and Nancy Reagan for $15 million in 2016.

The estate carries one of the highest annual tax bills in the Los Angeles area at $1.3 million, according to an LA Times report from earlier this month.
Category: News
Tag: CNN