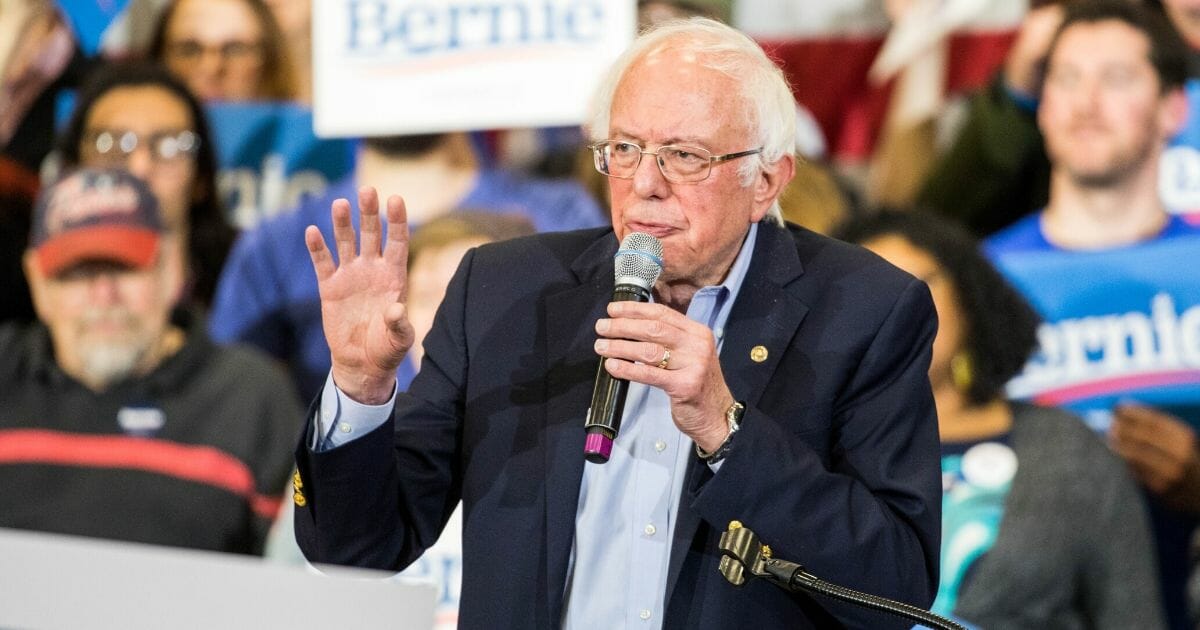 Less than a day after Democratic presidential contender Sen. Bernie Sanders of Vermont endorsed the congressional candidacy of far-left YouTube show host Cenk Uygur, Sanders withdrew the endorsement and Uygur said he is rejecting backing from anyone.

Uygur, who hosts “The Young Turks,” is among the candidates in a special election to fill the seat vacated by former Rep Katie Hill, a California Democrat who resigned amid a furor over leaked intimate photos of her.

“.@cenkuygur has been a longtime fighter against corruption. However, our movement is bigger than any one person. I hear my supporters who were frustrated and understand their concerns. Cenk today said he is rejecting all endorsements for his campaign and I retract my endorsement,” Sanders tweeted Friday.

.@cenkuygur has been a longtime fighter against corruption. However, our movement is bigger than any one person. I hear my supporters who were frustrated and understand their concerns. Cenk today said he is rejecting all endorsements for his campaign and I retract my endorsement.

A day earlier, Sanders had said, “I’m endorsing Cenk because I know he will serve ordinary people, not powerful special interests. He is a voice that we desperately need in Congress and will be a great representative for CA-25 and the country,” according to CNN.

The concerns to which Sanders alluded came from blog posts written years ago and which were uncovered by The Wrap in 2017. The tweets led to Uygur being ousted from the progressive group Justice Democrats.

“Obviously, the genes of women are flawed,” Uygur wrote in one of the posts. “They are poorly designed creatures who do not want to have sex nearly as often as needed for the human race to get along peaceably and fruitfully.”

Mark Gonzalez, the chairman of the Los Angeles County Democratic Party, was among those who wanted Sanders to distance himself from Uygur, according to The New York Times.

Was Bernie Sanders right to withdraw this endorsement?

“This man has spent decades, including up until recently, attacking women, the LGBTQ community, Jews, Muslims, Asian-Americans and African Americans,” Gonzalez said in a statement, according to The Times. “His vulgarity, his hate speech and divisive rhetoric have no place in our party.”

Will Rodriguez-Kennedy, the chairman of California Young Democrats, said many progressive groups had already gotten behind state Assemblywoman Christy Smith, who is seeking the seat. He said he was surprised Sanders had backed Uygur.

“I am almost positive they didn’t check with this local team,” he said. “It’s not usually a good thing to make controversial endorsements. Cenk has a history of racist and homophobic and misogynistic comments that are inconsistent with the Democratic Party.”

Some said the criticism of Uygur was the problem, not the candidate himself.

Corporate Democrats accuse the left of using purity tests when we demand bold policy. But the real purity tests were showcased today in their attacks on @cenkuygur.

It’s not even genuine — it’s just convenient that they get to be outraged while also protecting a corrupt system.

Uygur on Friday said he will not accept any endorsements.

“Going forward from today I will not accept endorsements, so it means Bernie Sanders has not endorsed me,” he said, according to The Times.

He said he did not “want to damage” potential supporters.

“I can’t tell you how much I appreciate the endorsements of Bernie Sanders, Ro Khanna, Nina Turner and local progressive groups that gave me their support,” Uygur said in a statement, according to CNN.

“Their stance took real courage in the face of the corporate media and Democratic establishment onslaught.

“I want to be free of any influence other than the voters of CA-25. I will not be beholden to corporations, lobbyists, or special interest groups and I will not stand by while those groups attack my political allies. That’s why I have decided that I will not be accepting any endorsements.

“My job is to represent the voters and the voters alone. The only endorsements I’ll be accepting going forward is that of the voters of CA-25.”