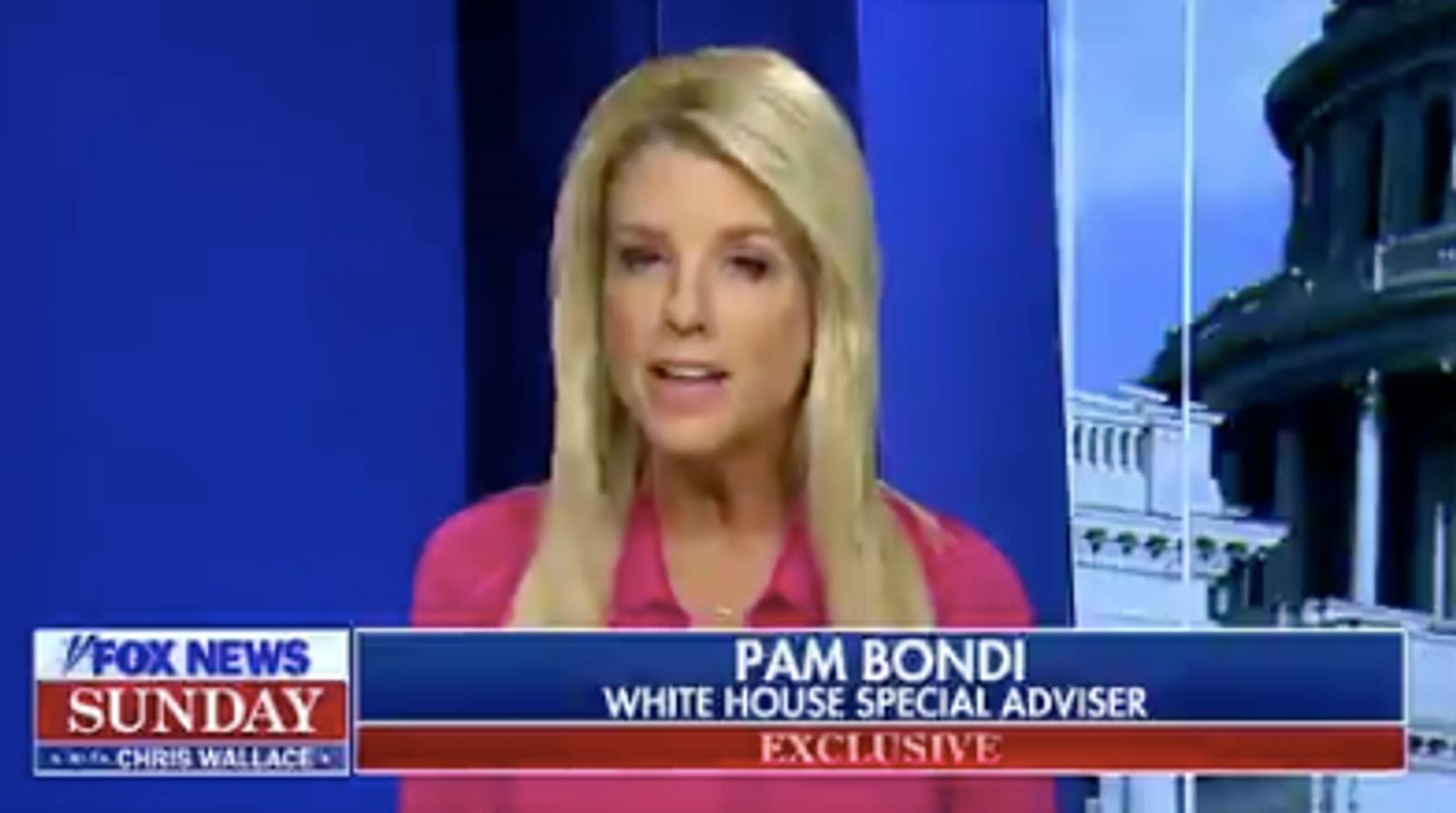 Pam Bondi, the former Florida attorney general who recently joined President Donald Trump’s messaging team on impeachment, says she sees nothing wrong with the White House working “hand-in-hand” with the lawmakers deciding whether the president should be removed from office.

Bondi, during an appearance on “Fox News Sunday,” said she agrees with Senate Majority Leader Mitch McConnell (R-Ky.) and his statement Thursday that he will act in “total coordination with the White House counsel” should the House vote to impeach the president.

“Before an impeachment trial, all senators have to raise their right hand and take an oath to do impartial justice,” host Chris Wallace said. “How impartial can it be when McConnell says that he ‘taking his cues from the White House?’”

Bondi, attempting to steer the conversation in another direction, began attacking House Intelligence Chairman Adam Schiff (D-Calif.) over his handling of the impeachment inquiry.

“But wait,” Wallace interrupted. “I’m asking you about McConnell saying he’s taking his cues from the White House. Please answer the question.”

Bondi responded that Trump’s advisers “wouldn’t be doing our jobs” if they didn’t work directly with Senate Republicans on impeachment.

″We weren’t given a fair trial in the House at all,” she said. “Now it goes to the Senate. And these senators ― the president deserves to be heard. We should be working hand-in-hand with them. These are the senators who will decide if our president is impeached, which will not happen.”

Members of the House ― not senators, as Bondi said ― decide whether to impeach a president, and the trial part of the impeachment process occurs in the Senate. If the full House votes to impeach Trump this week, a trial that will assess whether to remove him from office will begin in the Senate.

“These are some of the weakest charges out there, Chris,” Bondi said of the two articles of impeachment ― abuse of power and obstruction of Congress ― drafted against Trump by the House Judiciary Committee last week. “We’re not going to let it continue in the U.S. Senate.”

Chris Wallace asks Pam Bondi how the Senate can do impartial justice when Senator McConnell is taking cues from the White House: “We should be working hand-in-hand with them.” #FNS #FoxNews #Impeachment pic.twitter.com/GJByXCBo8Q

“There will be no difference between the president’s position and our position as to how to handle this, to the extent that we can,” told Fox News’ Sean Hannity on Thursday. “There’s no chance the president’s going to be removed from office.”

His comments sparked outrage from Democrats and legal scholars who say Republicans like McConnell and Sen. Lindsey Graham (R-S.C.) are betraying their oath to hold the president accountable and remain impartial throughout a possible Senate trial.

House Judiciary Chairman Jerry Nadler (D-N.Y.) tore into McConnell during an interview Sunday on ABC’s “This Week,” calling his actions a “complete subversion” of the Constitution.

“Here you have the majority leader of the Senate, in effect, the foreman of the jury, saying they’re going to work hand and glove with the defense attorney,” Nadler said. “Now, that’s a violation of the oath they’re about to take, and it’s a complete subversion of the constitutional scheme.”

This story has been updated to include Nadler’s comments.