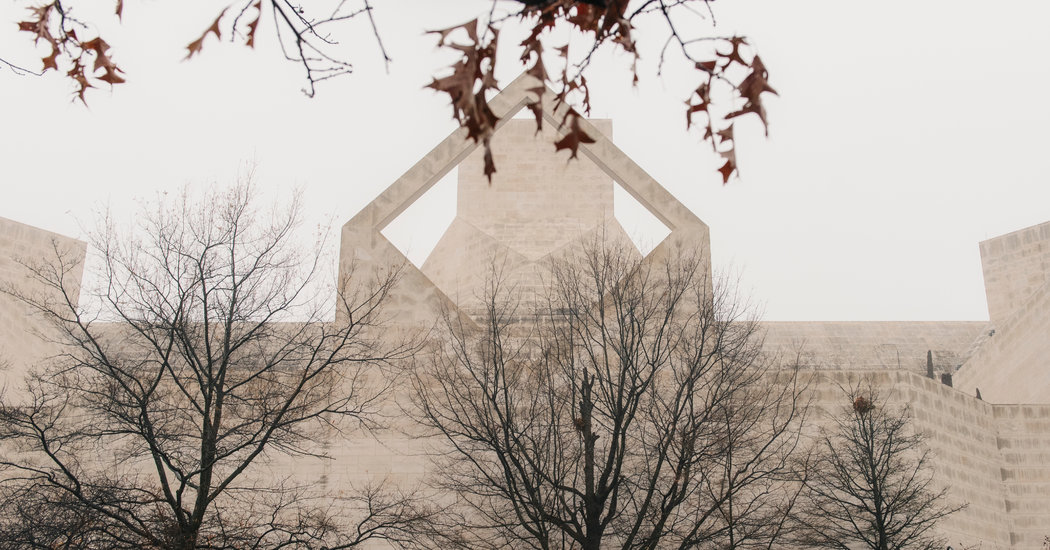 WASHINGTON — The American government secretly expelled two Chinese Embassy officials this fall after they drove on to a sensitive military base in Virginia, according to people with knowledge of the episode. The expulsions appear to be the first of Chinese diplomats suspected of espionage in more than 30 years.

American officials believe at least one of the Chinese officials, who were with their wives, was an intelligence officer operating under diplomatic cover, said six people with knowledge of the expulsions. The group evaded military personnel pursuing them and stopped only after fire trucks blocked their path.

The episode in September, which neither Washington nor Beijing announced, has intensified concerns in the Trump administration that China is expanding its spying efforts in the United States as the two nations are increasingly locked in a geopolitical and economic rivalry. American intelligence officials say China poses a greater espionage threat than any other country.

In recent months, Chinese officials with diplomatic passports have become bolder about showing up unannounced at research or government facilities, American officials said, with the infiltration of the military base only the most remarkable instance.

The expulsions, apparently the first since the United States forced out two Chinese Embassy employees with diplomatic cover in 1987, show the American government is now taking a harder line against suspected espionage by China, officials said.

Recent episodes of suspected spying add to the broader tensions between the United States and China, the world’s two largest economies and biggest strategic rivals. That conflict is heightened by a trade war that President Trump started in July 2018 and that shows only tentative signs of abating.

On Oct. 16, weeks after the intrusion at the base, the State Department announced sharp restrictions on the activities of Chinese diplomats, requiring them to provide notice before meeting with local or state officials and with educational and research institutions.

At the time, a senior State Department official told reporters that the rule, which applied to all Chinese Missions in the United States and its territories, was a response to Chinese regulations imposed years ago requiring American diplomats to seek permission to travel outside their host cities or visit certain institutions.

The Chinese Embassy said in October that the new rules were “in violation of the Vienna Convention.”

Two American officials said last week that those restrictions had been under consideration for a while because of growing calls in the American government for reciprocity, but episodes like the one at the base accelerated the rollout.

The base intrusion took place in late September on a sensitive installation near Norfolk, Va. The base includes Special Operations forces, said the people with knowledge of the incident. Several bases in the area have such units, including one with the headquarters of the Navy’s elite SEAL Team Six.

The Chinese officials and their wives drove up to a checkpoint for entry to the base, said people briefed on the episode. A guard, realizing they did not have permission to enter, told them to go through the gate, turn around and exit the base, which is common procedure in such situations.

American officials said they were skeptical that the intruders made an innocent error and dismissed the idea that their English was insufficient to understand the initial order to leave.

It is not clear what they were trying to do on the base, but some American officials said they believed it was to test the security at the installation, according to a person briefed on the matter. Had the Chinese officials made it onto the base without being stopped, the embassy could have dispatched a more senior intelligence officer to enter the base, the theory goes.

The Chinese Foreign Ministry and Chinese Embassy in Washington did not reply to requests for comment about the episode. Two associates of Chinese Embassy officials said they were told that the expelled officials were on a sightseeing tour when they accidentally drove onto the base.

The State Department, which is responsible for relations with the Chinese Embassy and its diplomats, and the F.B.I., which oversees counterintelligence in the United States, declined to comment.

Chinese Embassy officials complained to State Department officials about the expulsions and asked in a meeting whether the agency was retaliating for an official Chinese propaganda campaign in August against an American diplomat, Julie Eadeh. At the time, state-run news organizations accused Ms. Eadeh, a political counselor in Hong Kong, of being a “black hand” behind the territory’s pro-democracy protests, and personal details about her were posted online. A State Department spokeswoman called China a “thuggish regime.”

So far, China has not retaliated by expelling American diplomats or intelligence officers from the embassy in Beijing, perhaps a sign that Chinese officials understand their colleagues overstepped by trying to enter the base. One person who was briefed on reactions in the Chinese Embassy in Washington said he was told employees there were surprised their colleagues had tried something so brazen.

In 2016, Chinese officers in Chengdu abducted an American Consulate official they believed to be a C.I.A. officer, interrogated him and forced him to make a confession. Colleagues retrieved him the next day and evacuated him from the country. American officials threatened to expel suspected Chinese agents in the United States, but did not do so.

For decades, counterintelligence officials have tried to pinpoint embassy or consulate employees with diplomatic cover who are spies and assign officers to follow some of them. Now there is growing urgency to do that by both Washington and Beijing.

Evan S. Medeiros, a senior Asia director at the National Security Council under President Barack Obama, said he was unaware of any expulsions of Chinese diplomats or spies with diplomatic cover during Mr. Obama’s time in office.

If it is rare for the Americans to expel Chinese spies or other embassy employees who have diplomatic cover, Mr. Medeiros said, “it’s probably because for much of the first 40 years, Chinese intelligence was not very aggressive.”

“But that changed about 10 years ago,” he added. “Chinese intelligence became more sophisticated and more aggressive, both in human and electronic forms.”

This year, a Chinese student was sentenced to a year in prison for photographing an American defense intelligence installation near Key West, Fla., in September 2018. The student, Zhao Qianli, walked to where the fence circling the base ended at the ocean, then stepped around the fence and onto the beach. From there, he walked onto the base and took photographs, including of an area with satellite dishes and antennae.

When he was arrested, Mr. Zhao spoke in broken English and, like the officials stopped on the Virginia base, claimed he was lost.

Chinese citizens have been caught not just wandering on to government installations but also improperly entering university laboratories and even crossing farmland to pilfer specially bred seeds.

In 2016, a Chinese man, Mo Hailong, pleaded guilty to trying to steal corn seeds from American agribusiness firms and give them to a Chinese company. Before he was caught, Mr. Mo successfully stole seeds developed by the American companies and sent them back to China, according to court records. He was sentenced to three years in prison.

The F.B.I. and the National Institutes of Health are trying to root out scientists in the United States who they say are stealing biomedical research for other nations, China in particular. The F.B.I. has also warned research institutions about risks posed by Chinese students and scholars.

Some university officials say the campaign unfairly targets Chinese citizens or ethnic Chinese and smacks of a new Red Scare.

Last month, Jerry Chun Shing Lee, a former C.I.A. officer, was sentenced to 19 years in prison, one of several former American intelligence officials sentenced this year for spying for Beijing.

His work with Chinese intelligence coincided with the demolition of the C.I.A.’s network of informants in China — one of the biggest counterintelligence coups against the United States in decades. From 2010 to 2012, Chinese officers killed at least a dozen informants and imprisoned others. One man and his pregnant wife were shot in 2011 in a ministry’s courtyard, and the execution was shown on closed-circuit television, according to a new book on Chinese espionage.

Many in the C.I.A. feared China had a mole in the agency, and some officers suspected Mr. Lee, though prosecutors did not tie him to the network’s collapse.