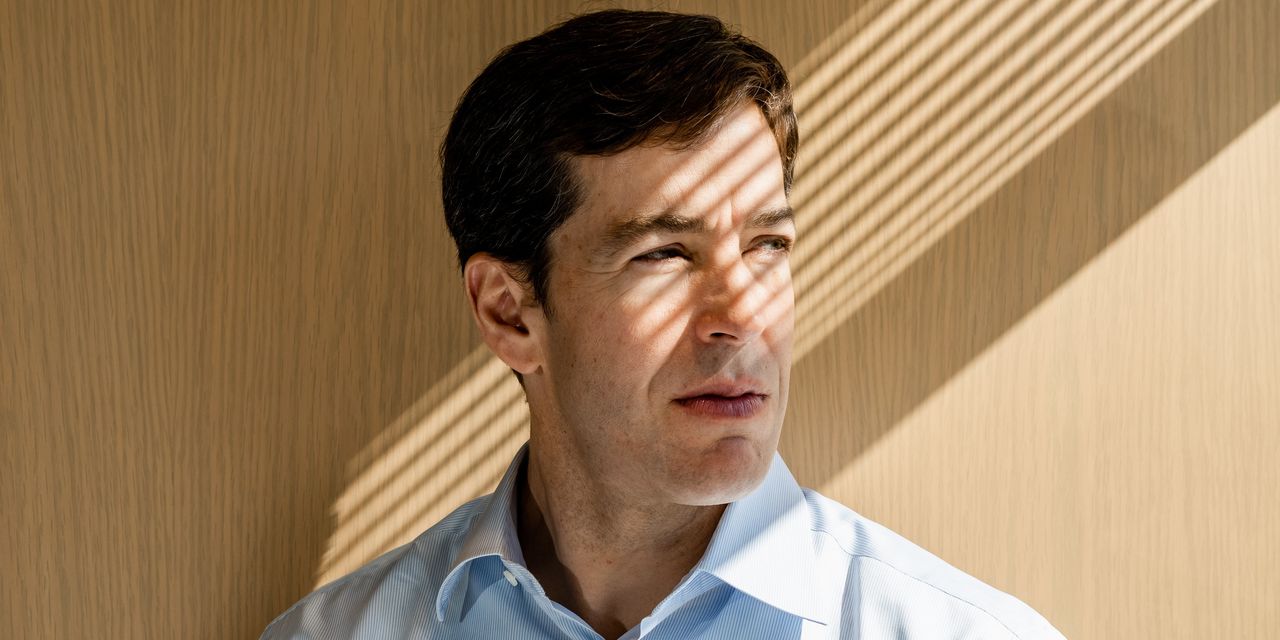 became a billionaire on paper this summer running a company that’s hardly a household name.

Mr. McKinnon is chief executive of Okta Inc., a technology company that links various software applications together securely for businesses. Okta is among the most richly valued of a cluster of so-called cloud companies, and its stock has doubled this year (shares are moderately down from their heights earlier this year, making Mr. McKinnon’s stake now worth a mere $800 million).

Unlike many of the technology world’s wunderkind founders, who started companies in their college years, Mr. McKinnon spent time in the trenches at other firms. Mr. McKinnon, who grew up near Oakland, Calif., worked at Silicon Valley success stories PeopleSoft and

“I spent six years as an engineer building all kinds of different stuff. The basics are the basics,” Mr. McKinnon says. “The main thing I do to stay current is to spend time with the engineers and ask them about what they’re working on.”

A highlight of Mr. McKinnon’s week is his 3 p.m. Friday standing meeting with Okta’s president of technology about competitive pressures, like what new tools

is developing — and how to stay ahead of it. “He’s famous for being in the weeds,” Mr. McKinnon says of the executive, Hector Aguilar. “You can learn a lot from that.”

What do you eat for breakfast every day?: “Four egg whites, two yolks and Swiss cheese. I make it.”

What’s the worst advice you’ve ever received?: “I’ve gotten advice on what executives to change that was just totally wrong…basically, that they were not flashy enough. I’m really glad I didn’t listen to that.”

When Mr. McKinnon and his co-founder,

set out in 2010 to raise money for then-fledgling Okta, they disagreed on which backer to select.

Mr. McKinnon’s choice, which won out: blue-chip venture capital firm Andreesen Horowitz. The deciding factor was low-key co-founder Ben Horowitz. “I felt it was a personal connection,” Mr. McKinnon said. “Our personalities were similar. We’re both kind of a little bit introverted.”

Mr. Horowitz took a personal interest in Okta’s early years, personally interviewing each key executive hire and giving specific advice on who to bring on board.“The tendency for advisors or even friends a lot of times is to just feed back ideas,” Mr. McKinnon says. “He says what he thinks is the right answer, which is super helpful.”

The time spent paid off for Andreesen Horowitz, too. The firm’s stake in Okta was worth more than $250 million at the time of the IPO.

Mr. Gassner hired Mr. McKinnon as a 23-year old engineer, and quickly thwarted his ambition. “I was really ambitious and wanted to be a manager. He was the first person that told me, ‘No, you can’t move into a management. You should be an engineer a few more years, learn the basics, get more technical. That turned out to be one of the best decisions ever,” Mr. McKinnon says.

As his career progressed, Mr. McKinnon realized the importance of timing such promotions because engineers rarely volunteer to move back to technical roles after ascending in an organization — even when such a move might be necessary.

Mr. McKinnon says he still benefits from the technical breadth he fine-tuned two decades ago, when he toiled in a role he initially thought was beneath him, in his executive job today.

Every morning, Mr. Reim walks over to Mr. McKinnon’s garage gym and the two perform a punishing CrossFit-style workout together. On one day last month, they went through a combination that included rowing, a 200-foot handstand walk, a series of power cleans, biking and running intervals and, well, you get the point.

Once the two are breathing slowly enough to talk, they chat off-topics like crypto and swap tips on managing growing organizations and fostering healthy company culture. “He really broadens my perspective,” Mr. McKinnon says.

Mr. Reim has also encouraged Mr. McKinnon not to ignore the small stuff, like where employees will sit during an office renovation. “We’re moving toward supporting more remote workers and more flexible work environments, and people are really worried about that,” he says.

Ms. Morgan runs Family House, a charity for children with cancer, where Mr. McKinnon sits on the advisory board. He says he’s learned from her that company volunteerism is about more than just sending over a bunch of employees for a day. Okta now tries to make available skilled staff to help the non-profit with IT problems, for example.

“She told me that a lot of employers just want to feel good about getting employees engaged,” Mr. McKinnon says. “If you go another level deep to what the non-profit really needs, you’re going to be more effective.”

Corrections & Amplifications
Okta CEO Todd McKinnon grew up near Oakland, Calif., but not in Oakland itself. An earlier version of the article incorrectly described him as an Oakland native. (Dec. 14, 2019)

Write to Rob Copeland at rob.copeland@wsj.com