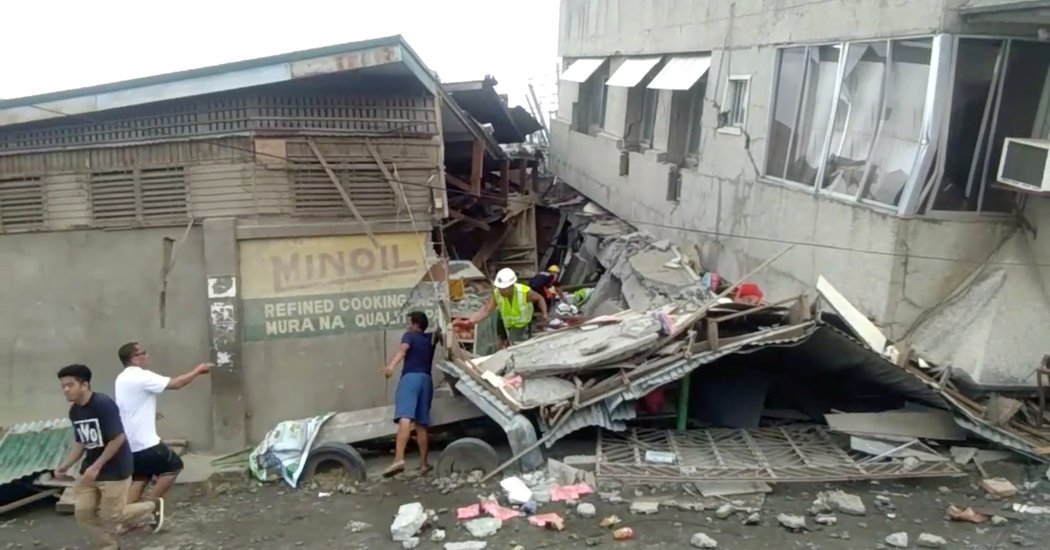 MANILA — An earthquake measuring magnitude 6.9 rocked the southern Philippines on Sunday afternoon, causing scenes of panic and killing at least one child and injuring a least 15 others, officials said.

Vincent Fernandez, the mayor of the town of Matanao, told local radio that a 6-year-old girl died after a wall collapsed on her during the powerful earthquake.

The United States Geological Survey said the quake’s epicenter was near the town of Magsaysay in the populated province of Davao del Sur on Mindanao island. A second quake, a magnitude-5.7, followed not long after.

The initial earthquake was the third of magnitude 6.5 or higher to hit the area, southwest of Davao City, since late October. Those two earlier quakes, which struck over the course of three days, as well as two others in October and November, left more than 20 people dead.

Because of its location on the so-called Pacific Ring of Fire, the Philippines is prone to earthquakes and volcanic eruptions caused by the movement of tectonic plates.

On Sunday, the Philippine Information Agency reported that shoppers and employees were believed to be trapped inside a collapsed store in the town of Padada.

Flower vendors at a market in Padada were also trapped by a collapsed wall, according to a local radio station. Photographs on social media showed several people trying to extricate them.

“It was so strong; the house shook and swayed. We immediately rushed out,” said Aldrin Tumanda, a hotel worker in the area. “It felt as strong the previous earthquakes.”

He said neighbors in his community also rushed out of their homes, but returned after several minutes.