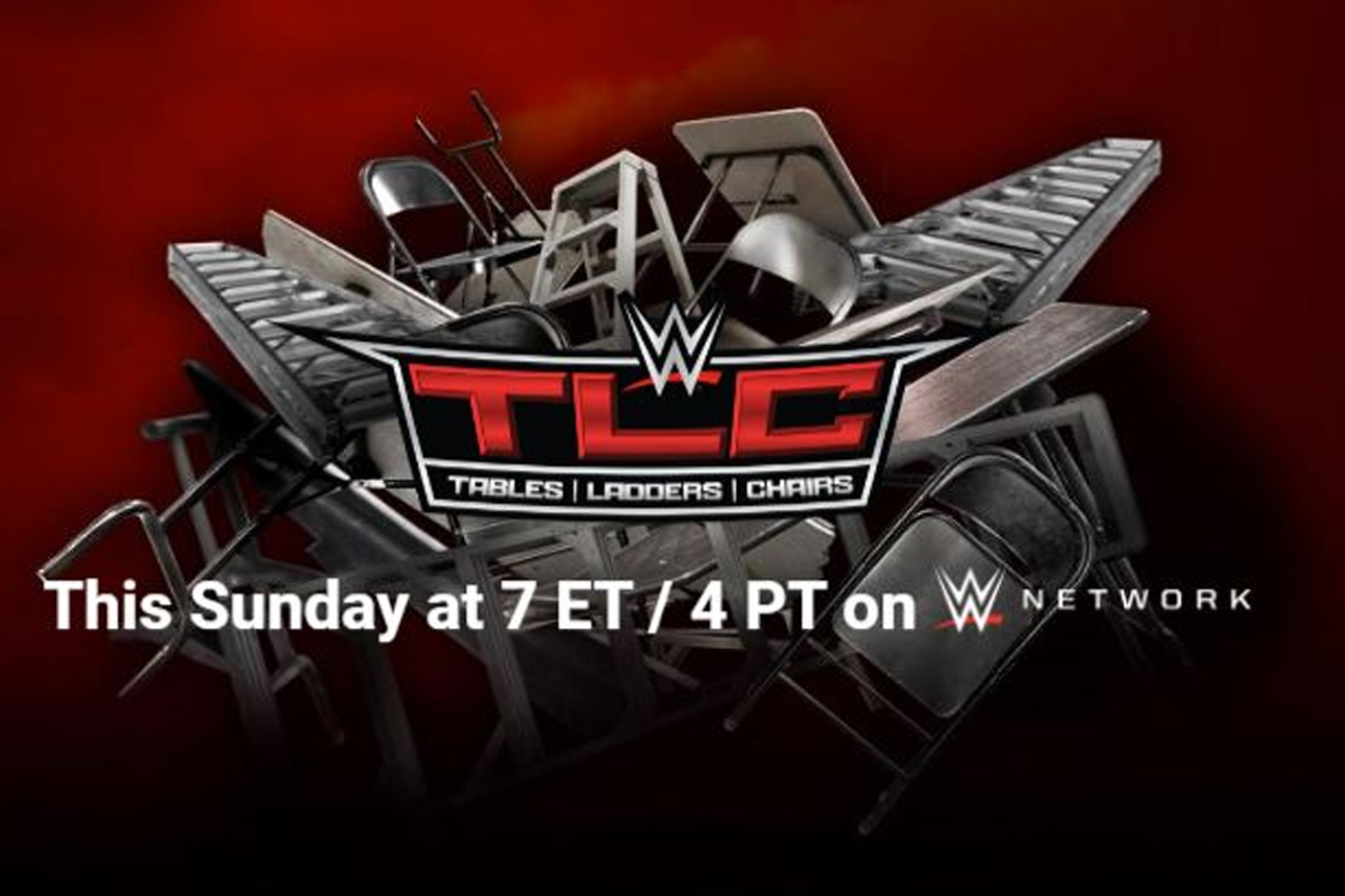 Tables, Ladders and Chairs is the final WWE pay-per-view of 2019, and, like the Hell in a Cell show a few months back, there will be some extreme rules matches.

WWE hasn’t confirmed every match on the TLC 2019 card, but currently there are only three championship matches with each involving the Tag Team titles. The Kabuki Warriors will take on Becky Lynch and Charlotte Flair for the Women’s Tag Team titles in a TLC match, so fans can expect a lot of destruction between all four women.

While the full card hasn’t been revealed, there could be a lot of changes in the tag team divisions heading into the new year. If you’re looking to watch it all go down, here’s everything you need to know about watching TLC 2019.

As mentioned above, the TLC Kickoff show begins at 6 p.m. EST, and fans can watch it for free on the WWE Network as well as these social media accounts: YouTube, Twitter, Facebook, Twitch and on WWE.com.

Fans can enjoy more background on the upcoming matches and exclusive interviews with the superstars. There is no match confirmed for the Kickoff, but there is usually at least one to get the crowd going.

Head over to the official WWE YouTube channel to see the Kickoff Show.

WWE offers a free trial for one month by signing up with a credit card. Fans can cancel their subscription at any time.

Download the WWE Network app on iOS and Android devices to watch it online and on-the-go. The WWE Network is also available on PS4 and Xbox One, simply by searching “WWE Network” on the PlayStation and Microsoft stores, as well as on streaming devices like Roku and the Amazon Fire Stick.

This year’s TLC card consists of seven confirmed matches including:

What do you think of the TLC 2019 card? Which match are you looking forward to the most? Let us know in the comments section.

All content & stories are independently our own. Newsweek may get a share of the revenue if you buy anything through our retail links.