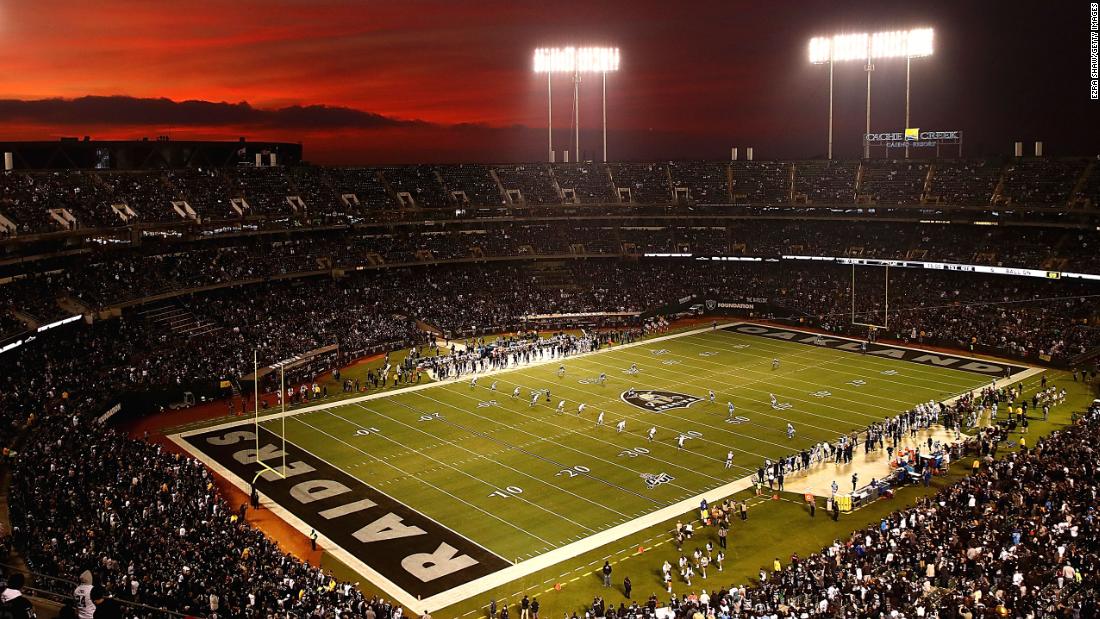 In his book “Black Knight: Al Davis and his Raiders,” author Ira Simmons details how a local columnist penned a mock petition asking for a new mascot days after the original was picked.

The Oakland Señors became the Oakland Raiders, but the fledgling franchise was still without a home. It wasn’t the only thing that would change the squad would endure in their opening year, as the team was forced from their home venue after the better-established San Francisco 49ers took precedence.

Oakland would undergo one more change in home venue before settling at the Oakland Coliseum, perhaps one of the most enduring things about the team, aside from the presence of the Davis family.

But on Sunday, the Raiders will play the last game in the stadium that has been synonymous with their team, aside from a decade in change in Los Angeles. The newest venue will be in Las Vegas, a state away from the franchise’s starting point. Their final opponent in Oakland will be the Jacksonville Jaguars, a team that joined the NFL in 1995.

“It’s going to be a hard day for a lot of the fans here in the Bay Area,” said former Raiders great Charles Woodson. Woodson got to have his own goodbye in 2015 after his final game, saying: “Though this is my last game in the Coliseum, just know I’ll never leave you. Go Raiders!” It’s a sentiment many likely share about their beloved stadium.

The Coliseum is perhaps best known for two things, the first being its dual role as a baseball venue. It’s also home to the Oakland A’s, and when baseball season is in full swing, the Raiders play with infield dirt interrupting the traditionally solid grass pattern of a football field. It is the only stadium currently in the United States that is shared by professional football and baseball teams.

“I like the old elements of football. I know a lot of friends, just like me, that like watching a football game on the dirt,” said Raiders head coach Jon Gruden.

Players have more of mixed feelings on the baseball layout, with former running back Justin Forsett comparing falling on the dirt at the Coliseum to belly flopping on pavement.

The Coliseum opened on September 18, 1966 when the Raiders played the Kansas City Chiefs.

The other notable feature of the Coliseum only appears on Sunday, a rabid fan contingent known as the “Black Hole.” Dubbed “Football’s Most Notorious Fans,” the end zone faithful make the Coliseum one of best places to place.

“Jumping in the Black Hole and celebrating with those fans, those loyalists, those people who bleed silver and black just like you do, it’s like being at Thanksgiving dinner with your family,” former All-Pro fullback Marcel Reece told NBC Sports.

The team is hoping some of that Black Hole energy will transfer to Las Vegas. For their part, the team is taking some traditions from Oakland to the desert, though with a twist. The famed Al Davis Memorial Torch, a tribute to the late great owner, is one such an example.

The torch, named for the Raiders late owner, was lit by a player each week as a remembrance to the former face of the franchise. Instead, the Raiders will feature an 85-foot tall replica of the torch, set to be the largest 3D-printed object in the world.

And while some will probably miss the humble original, if there’s something Raiders’ fans can probably get used to, it’s change.