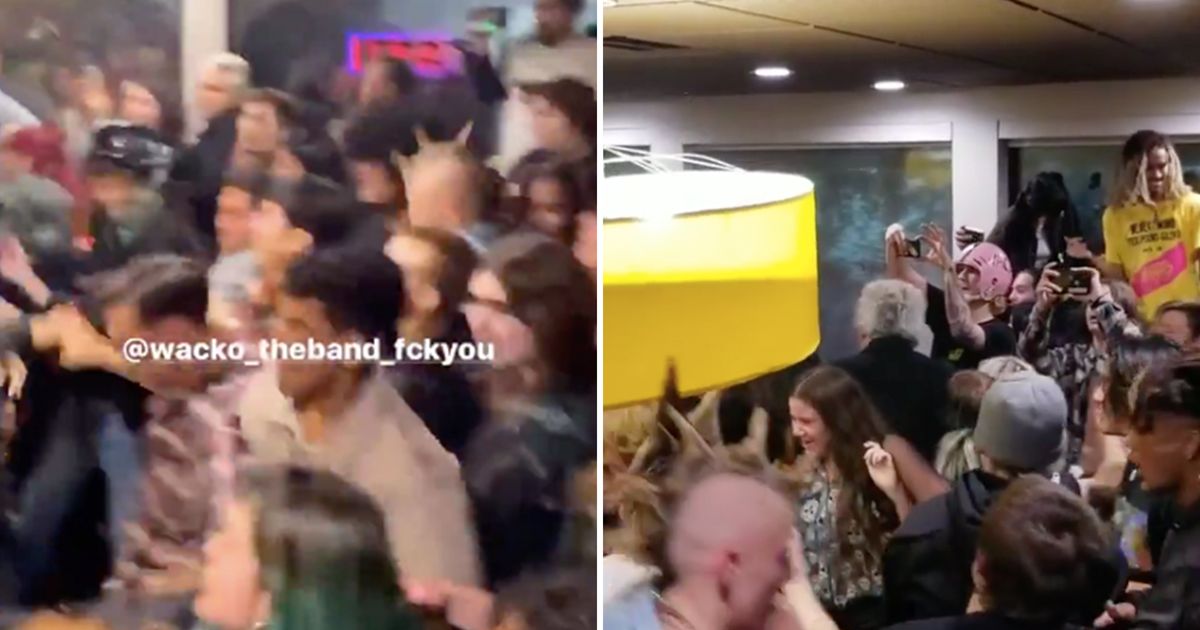 Look. At one point or another, everyone’s found themselves doing something a little unholy at a Denny’s.

The DIY music scene is known to throw shows wherever it can. Whether under a bridge or in a friend’s friend’s unfinished basement, dedicated artists can take any space and turn it into a decent venue. Denny’s may be known for its quietly cursed 24-hour breakfasts, but on Saturday, it became a mosh pit.

Denny’s became a meme in the DIY scene when a video of a 2013 show resurfaced in 2018, in which the lead singer belted, “What the fuck’s up, Denny’s?” in an effort to rile up the crowd. It worked, and the audience began raging.

Long Beach-based band Wacko brought the meme back at the Denny’s in Santa Ana, Calif. Videos from the show have been going viral because, honestly, who the fuck moshes in Denny’s? It’s loud, it’s messy, and it’s gloriously chaotic. What the fuck is up, Denny’s?

Honestly, this is 2019’s energy wrapped up in a perfect video.

While the videos of people raging in Denny’s will be forever burned into the soul of the internet, the event cost up to $1,000 in damages. An Instagram post from the band asked attendees to contribute to the cost of replacing broken chandeliers, chairs, and tables by Venmo’ing the person who booked the venue.