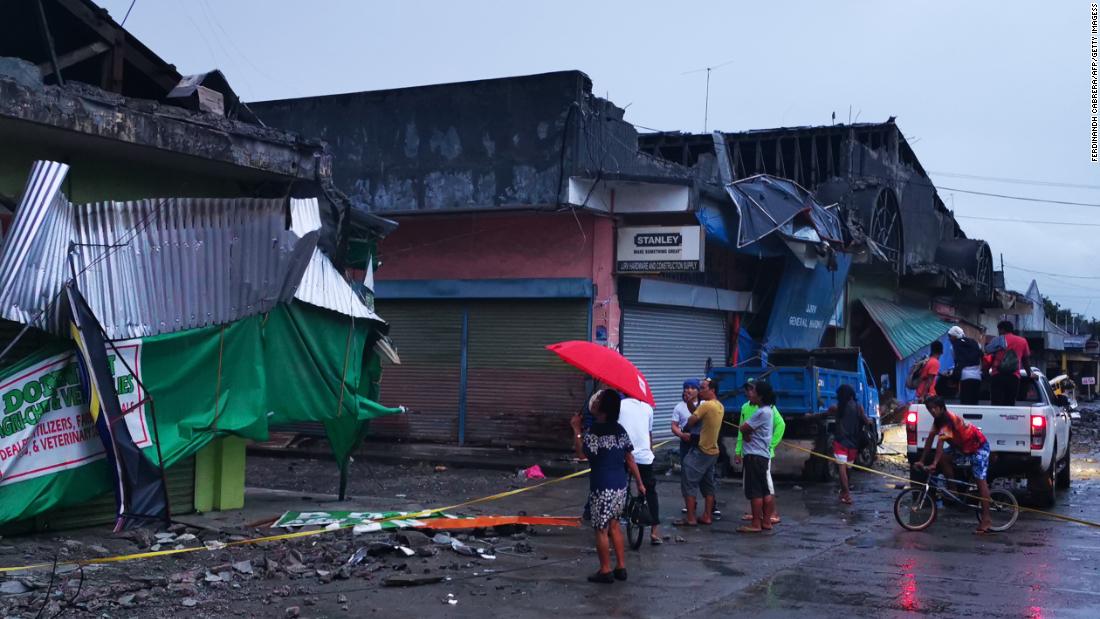 The girl was inside her family’s house when the building collapsed and killed her, the province’s governor, Douglas Cagas, told CNN.

Residents reported schools had been severely damaged — luckily empty of students at the time, as the quake happened on a Sunday. Governor Douglas Cagas of the island’s Davao del Sur province said a three-story building had also collapsed.

Classes have now been suspended for Monday, and bridges closed due to cracks, Davao city officials said.
The country’s President Rodrigo Duterte was at his home in Davao, the largest city on the island, at the time of the quake, reported state-run Philippine News Agency (PNA). He was unhurt, although his house reportedly “sustained several cracks in the walls.”

There were several aftershocks in nearby provinces, including a 5.0 magnitude, according to the US Geological Survey. It added that there was no tsunami threat, as the quake struck inland and not the water.

It’s the latest in a serious of quakes to strike the island in recent months. In October another series of 6.6 and 6.5-magnitude quakes struck Mindanao, killing 14 and injuring more than 400.