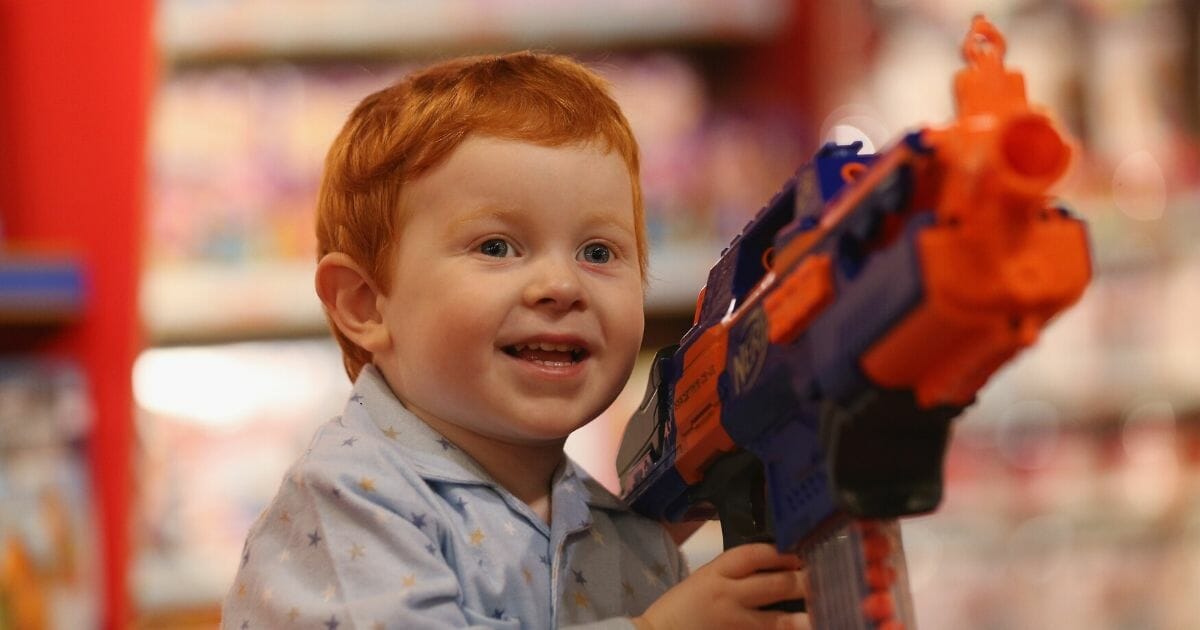 It’s something our Founding Fathers never could have imagined: a Nerf gun that shoots a foam dart every time the user pulls the trigger.

Thankfully, a New York-based consumer group is fighting to remove these “assault-style toy weapons” from store shelves all across the country.

A Dec. 3 letter from the Empire State Consumer Project could easily be confused for satire if it weren’t for the official letterhead and serious tone.

Addressed to the Hasbro board of directors, the letter is a complaint revolving around military-style Nerf guns.

“As we watch holiday toy commercials,” the group wrote, “we see the Nerf Ultra One and other extreme Nerf machine guns for children and are reminded of mass shootings that have devastated American children and families for decades now.”

TRENDING: Giuliani Returns with ‘More Than You Can Imagine’ After Fact-Finding Ukraine Mission

The ESCP’s complaint appears to have been sparked by a hilarious commercial that shows a child wowed after receiving Nerf guns of increasing firepower until his grandma brings the house down with a major cannon.

“Toy guns are one thing,” the ESCP wrote, “but these emblems of mass destruction take them to the next, horrifying level.”

“We implore you to remove assault-style toy weapons from your product offering,” it continued. “Social responsibility asks for a connection between the hearts of board members and the people who generate their profits, in this case, the children.”

Should Nerf guns come with a warning?

Nerf guns are common toys in many American households that fire foam darts — far from the “emblems of mass destruction” the ESCP claims they are.

Unless some serious modifications outside the capabilities of children are made, these toys are virtually harmless.

Although old versions of the toys required manual cocking for every dart, new and improved technology means that recent models include fully-automatic fire, with some even boasting a belt-fed dart system.

Instead of advocating for children’s safety, it appears the ESCP has completely bought into the fear surrounding so-called assault weapons. Now, this fear has even led them to target harmless toys that don’t even resemble a real gun.

The panic surrounding semi-automatic weapons reached such a fever pitch that some of the Democratic candidates fighting for the presidency in the 2020 elections practically campaigned on banning the weapons.

Unfortunately for the ESCP, it appears with Christmas buying in full swing, many children will find these Nerf toys underneath their trees.