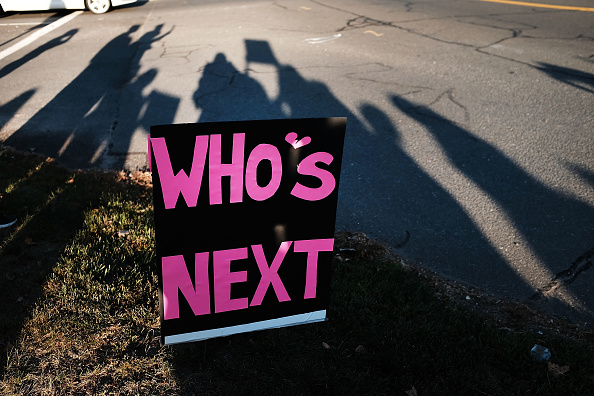 The timing could not have been more perfect for the Newtown High School Nighthawks on Saturday, and in more ways than one. Seven years to the day of the shooting at Sandy Hook Elementary in Newtown, Connecticut, a moment of silence was held before their Class LL state championship game against Darien.

The Newtown Nighthawks forced a late turnover on downs, drove the field on offense and connected on a deep pass in the back of the end zone as time expired to win the state title, 13-7.

The game was tied at 7-7 with less than a minute remaining when Newtown forced Darien into a turnover on downs. The nighthawks got the ball on their own 33-yard line with 56 seconds left to try and score.

Newtown moved the ball 31 yards in 53 seconds to face one final play during regulation. Newtown quarterback Jack Street lined up in shotgun formation, received the snap, took a few steps back and then stepped into a throw he heaved 40 yards in the air to Riley Ward, who found an opening in the Darien coverage.

The announcers were livid as Ward caught the pass in the end zone, sprinted behind the end zone and chunked his own helmet high into the air as his teammates rushed toward him in celebration.

“Oh my God, oh my,” one announcer screamed on the NFHS Network.

The lead announcer said, “Riley Ward with the touchdown.”

“What a great call by the Newtown staff,” the first announcer screamed. “They saw something. They went for it, and they scored a touchdown.”

Newtown was the state’s top seed in their classification, but trailed, 7-0, entering the fourth quarter in Trumbull. Ward tied the game when he caught a 75-yard touchdown pass from Street with just 5:02 remaining in the game. Then the two connected again for the buzzer-beating game-winner.

“Absolutely amazing,” Newtown coach Bobby Pattison said in a Hartford Courant report after the game. “I’m so proud of my kids for not giving up. We had moments in that game where it didn’t look too good for Newtown … I’m so proud of the kids. I couldn’t be happier.”

Ward had a game-high 145 receiving yards on five catches, according to gametimect.com.

This was Newtown’s first state championship since the 1992 season. This year’s state title comes seven years after the horrific massacre at Sandy Hook Elementary.

Twenty children and six adults were killed on Dec. 14, 2012, when Adam Lanza entered the campus with a rifle and handgun. In all, 28 people were killed. This includes Lanza and his mother, who was shot and killed at her home before the shooting rampage.

The players on this Newtown team were elementary age when the shooting happened, including linebacker Ben Pinto, who lost his younger brother, Jack, in the deadly shooting.

“The whole town showed out on this special night,” Dunn said. “We knew we had to bring it home for our town. 27 years, it’s crazy. This is crazy.”

Crazy? Perhaps. But the timing couldn’t be more perfect.