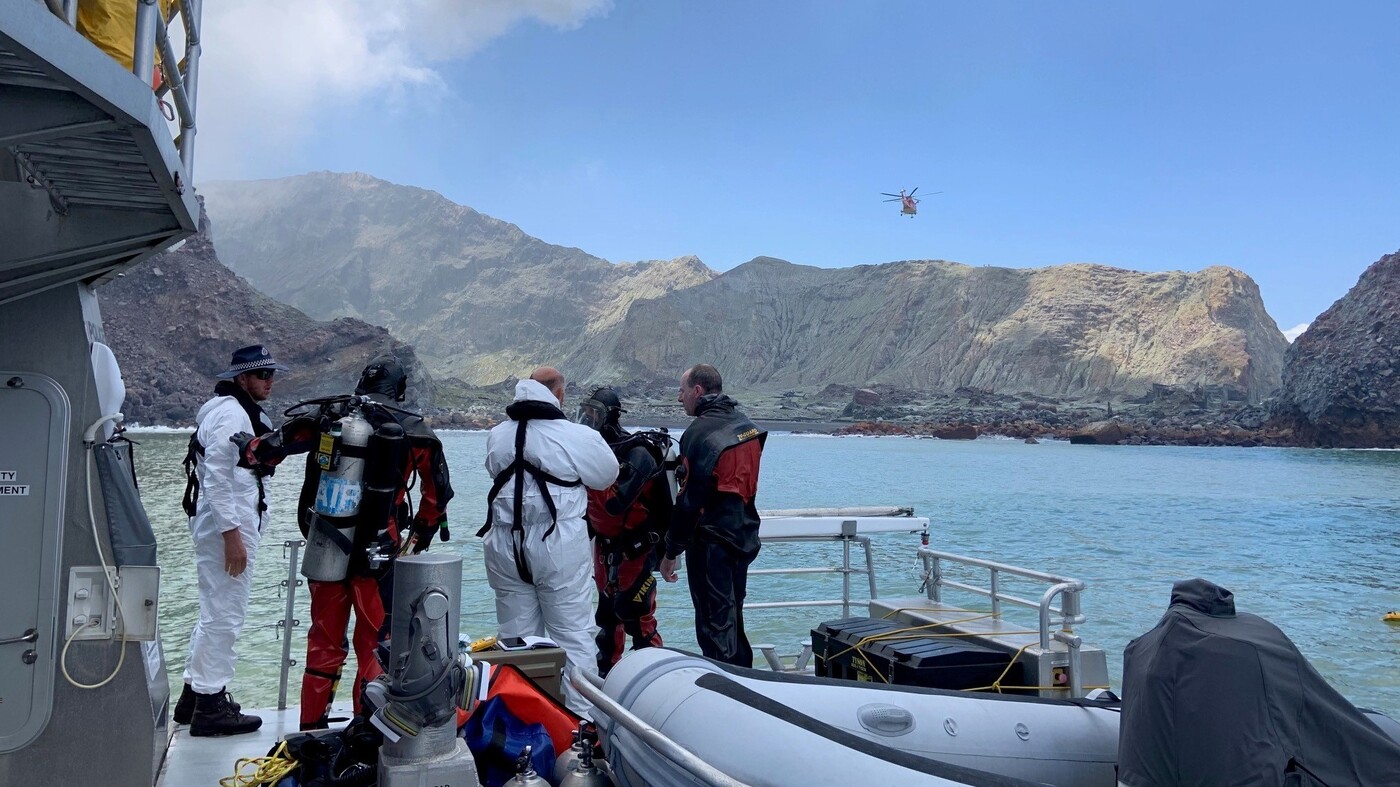 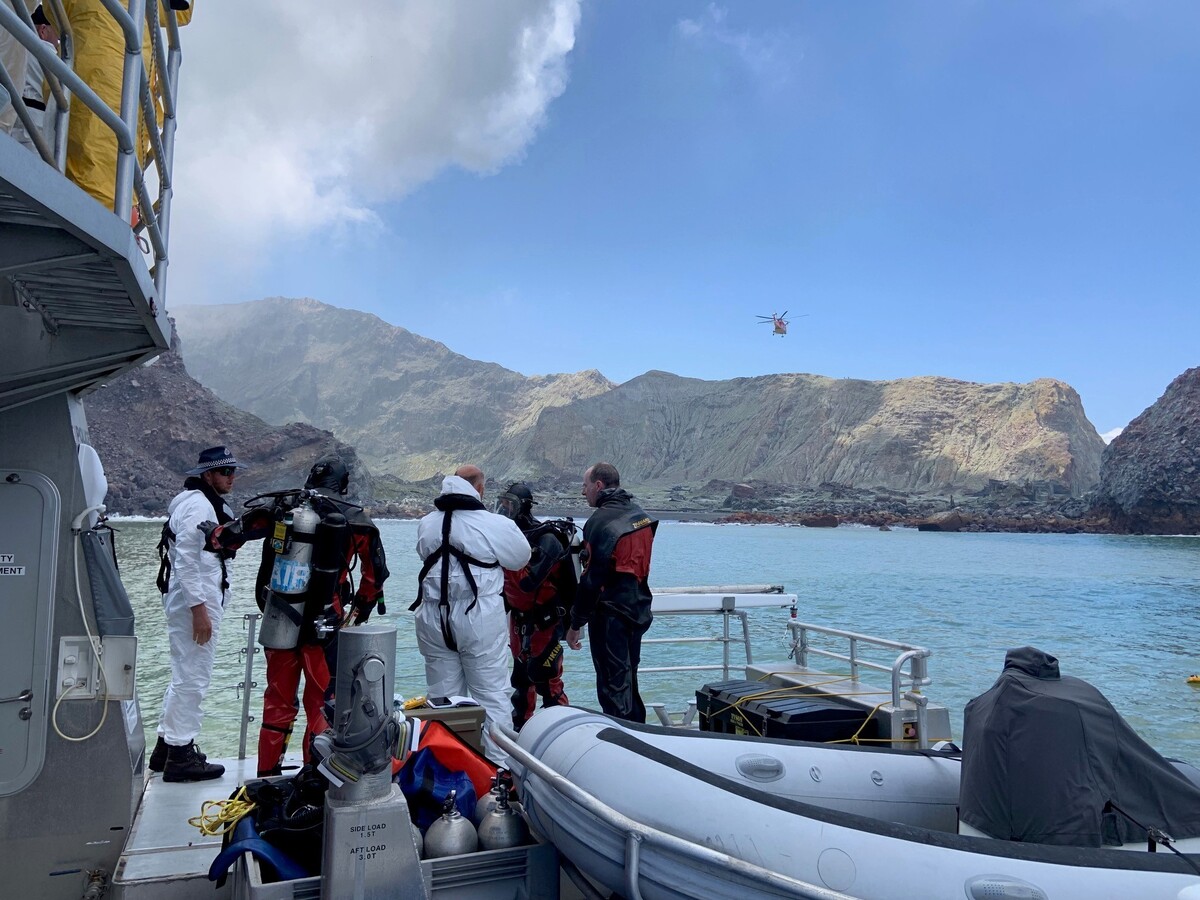 Divers near New Zealand’s White Island search for a body after the volcanic eruption earlier this week.


As New Zealand divers carry out a high-risk recovery operation to recover the body of a person killed in Monday’s volcanic eruption on White Island, police have announced that the official death toll has risen to 15.

Nine police divers were searching contaminated waters for a body spotted in the water near the island. The water is contaminated because of the eruption and visibility is limited — 6.5 feet or fewer, according to a police statement.

“Divers have reported seeing a number of dead fish and eels washed ashore and floating in the water,” Deputy Commissioner John Tims of New Zealand Police said. “Each time they surface, the divers are decontaminated using fresh water.”

The divers are also operating under the threat of another eruption. GeoNet, which monitors volcanic activity in New Zealand, estimated on Saturday that there is a 35% to 50% chance of another eruption on the island in the next 24 hours. That’s a decrease from Friday, when the experts estimated a 50% to 60% likelihood of an eruption in the next day.

Authorities were able to recover six bodies from the island on Friday, meaning that two people remain unaccounted for. The police said that even as divers continue to try to find human remains on Saturday, no land-based searches will be conducted on the island, also known by its Maori name, Whakaari.

When the volcano on White Island erupted on Monday afternoon, 47 people – many of them tourists from around the world — were there exploring. Some of the survivors are suffering from major burns to their skin and lungs. Major questions persist about why so many people were freely wandering around in an area that was known to be an active volcano.

Police formally identified the first victim of the eruption on Saturday – Krystal Eve Browitt, a 21-year-old Australian citizen. The young woman had been on a cruise with her parents and sister, according to The Sydney Morning Herald. Her mother had stayed behind on the cruise, and her other two family members are believed to be receiving treatment for their injuries in an Australian hospital.

Browitt’s principal from Kolbe Catholic College, Nick Scully, says that she was a “much-loved member of the Kolbe community that her teachers describe as a beautiful soul,” the Herald reported.

The 15th fatality from the eruption, which police confirmed Saturday, was a person who had been being treated for injuries at a hospital in New Zealand.

New Zealand Prime Minister, Jacinda Ardern, has called for a minute of silence on Monday at exactly a week after the eruption started.

“Wherever you are in New Zealand, or around the world, this is a moment we can stand alongside those who have lost loved ones in this extraordinary tragedy,” Ardern said in a statement. “Together we can express our sorrow for those who have died and been hurt, and our support for their grieving families and friends.”

As NPR’s Colin Dwyer reported, of the 47 people who were on the island at the time, 24 were from Australia and nine from the U.S. Others were from China, Malaysia, Germany, the U.K. and New Zealand.