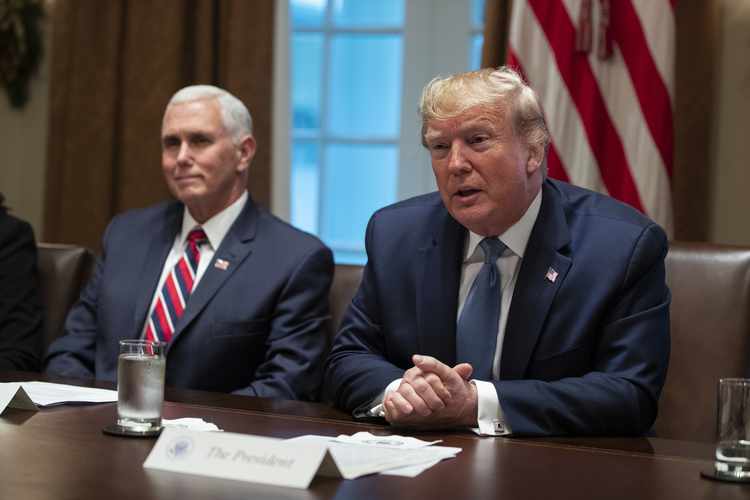 Donald Trump certainly is mercurial at times. He can be uncouth.

But then again, no president in modern memory has been on the receiving end of such overwhelmingly negative media coverage and a three-year effort to abort his presidency, beginning the day after his election.

Do we remember the effort to subvert the Electoral College to prevent Trump from assuming office?

The first impeachment try during his initial week in office?

Attempts to remove Trump using the ossified Logan Act or the emoluments clause of the Constitution?

The idea of declaring Trump unhinged, subject to removal by invoking the 25th Amendment?

Special counsel Robert Mueller’s 22-month, $35 million investigation, which failed to find Trump guilty of collusion with Russia in the 2016 election and failed to find actionable obstruction of justice pertaining to the non-crime of collusion?

The constant endeavors to subpoena Trump’s tax returns and to investigate his family, lawyers and friends?

Now, frustrated Democrats plan to impeach Trump, even as they are scrambling to find the exact reasons why and how.

Most presidents might seem angry after three years of that. Yet in paradoxical fashion, Trump suddenly appears more composed than at any other time in his volatile presidency.

Ironically, Trump’s opponents and enemies are the ones who have become publicly unhinged.

Leading Democratic presidential candidate Joe Biden recently had a complete meltdown while campaigning in Iowa. Biden called a questioner who asked about his son Hunter’s lucrative job with a Ukrainian energy company “a damn liar.” An animated Biden also challenged the 83-year-old ex-Marine and retired farmer to a push-up contest or footrace.

Rep. Jerrold Nadler (D-N.Y.), chairman of the House Judiciary Committee, fared little better. On the first day of his committee’s impeachment inquiry, Nadler stacked the witness list by bringing in three left-wing law professors, as opposed to one Republican centrist witness — as if partisan academics might sway the nation. None of the three presented any new information or evidence. All three seemed angry, petulant and condescending. At least one came into the proceedings with paper and video trails of anti-Trump animus.

The nadir came when one of the witnesses, Stanford law professor Pamela Karlan, was reduced to making fun of the president’s 13-year-old son.

At one point, Nadler appeared to fall asleep while chairing the hearing.

If the chairman of a committee overseeing an impeachment inquiry is secretly digging into the phone records of his own colleague, a reporter and the personal attorney of the president of the United States, how can anything he reports be trusted?

House Speaker Nancy Pelosi held a press conference to announce plans to proceed with articles of impeachment. But she would not say which particular charges would be brought against the president.

Then, Pelosi lost her cool and shook her finger at a reporter who simply asked her, “Do you hate the president?”

At that point, a furious Pelosi shouted back, “Don’t mess with me!”

She then retreated behind the shield of her religion by lecturing the questioner that as a good Catholic, she was simply too moral to be capable of hatred. Pelosi finished her sermon by boasting that she “prayed” for the unfortunate Trump.

At a NATO summit in London, Trump was playing the unaccustomed role of NATO defender by challenging French President Emmanuel Macron’s curt dismissal of the alliance. Macron said NATO is experiencing “brain death.”

Meanwhile, in an unguarded moment, a few heads of NATO nations crowded around Canadian Prime Minister Justin Trudeau as he chattered and ridiculed Trump in the fashion of a gossipy teen — unknowingly being recorded on video, much to the delight of Trump’s critics back home.

The common denominator of all this petulance is exasperation over the inability to derail Trump.

Trump’s many enemies fear he will be re-elected in 2020, given a booming economy and peace abroad. They know that they cannot remove him from office. And yet they fear that the more they try to stain him with impeachment, the more frustrated and unpopular they will become.

Yet, like end-stage addicts, they simply cannot stop the behavior that is consuming them.

Victor Davis Hanson is a classicist and historian at the Hoover Institution, Stanford University. His latest book is The Savior Generals from BloomsburyBooks. You can reach him by e-mailing author@victorhanson.com.