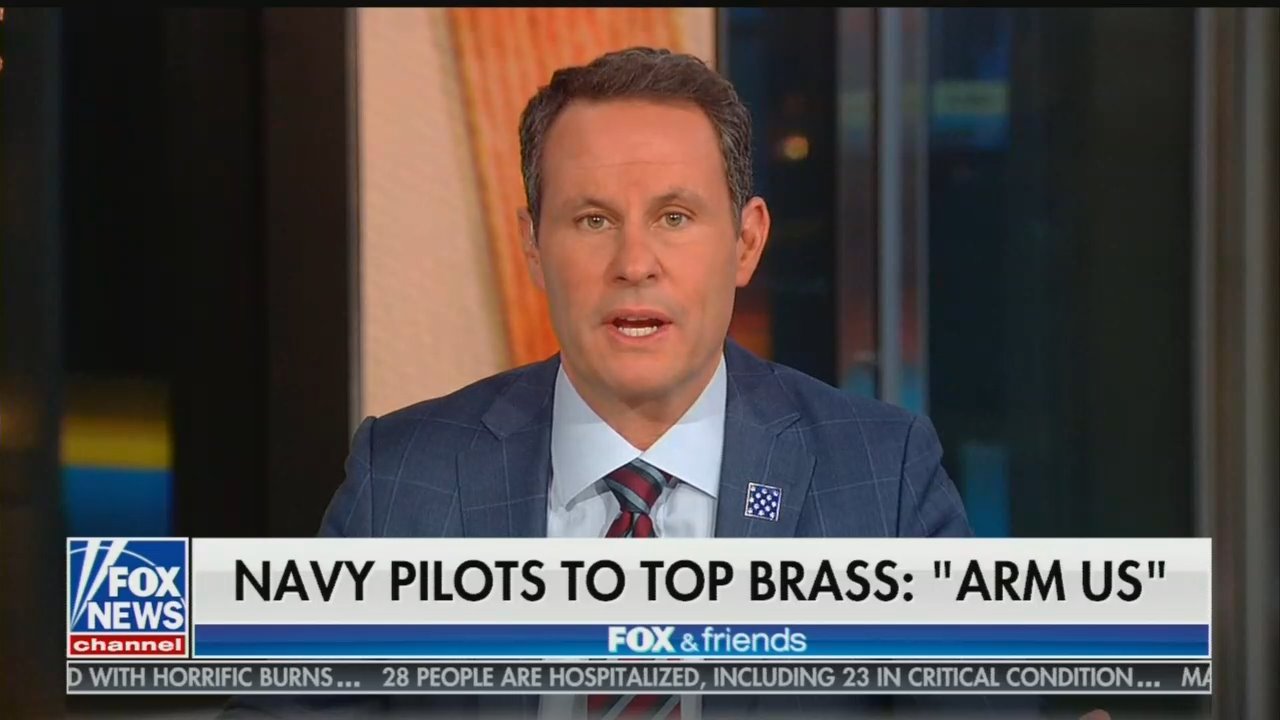 In the past week, in the aftermath of the shooting attack that killed three U.S. Navy sailors on a military base in Pensacola, Florida, Fox News Channel’s Fox & Friends show has given substantial attention to the problem of most troops not being allowed to carry weapons on base. In several segments this week, the show highlighted the views of several Navy troops who are speaking out on the issue.

By contrast, CNN’s New Day show ran a four-minute piece touting the views of Houston police chief Art Acevedo as he ranted against several prominent Republican Senators over the issue of gun control.

Earlier in the week, as previously documented by NewsBusters, the show interviewed family members of shooting victim Joshua Watson and allowed them to complain about the gun ban at the base. The next day, on Wednesday, the show got to highlighting a group of Navy troops asking for more gun rights.

Co-host Brian Kilmeade began: “Why is it that the one person with the gun is able to shoot our military men and women who are trained to use a gun? Why aren’t they allowed to arm themselves on their own military base?”

Co-host Steve Doocy then added:”Right, exactly. And that is the subject of an interesting item by Lucas Tomlinson, the Pentagon producer for Fox News. He spoke to three Navy pilots. And they say that they want the Pentagon to allow them to arm themselves on base.”

The three co-hosts spent three minutes discussing the issue, and played a clip of the family from the previous day’s show.

On Thursday, the show ran two segments — a four-minute discussion with three veterans and a three-minute segment with the NRA’s Dana Loesch — to give more attention to the issue of troops wanting more gun rights.

Ironically, on the same day, CNN’s New Day aired a four-minute report devoted to promoting the views of Houston police chief Acevedo in which the piece devoted more than two minutes to his views, as he blamed Republicans for not renewing the Violence Against Women Act to make it harder for abusers to get guns.

But the same story only allowed about 25 seconds for the response from Republicans that current law already tries to bar men who abuse their girlfriends from getting guns.

Acevedo was responding to the recent murder of police officer Chris Brewster by a man who had a history of abusing his girlfriend.