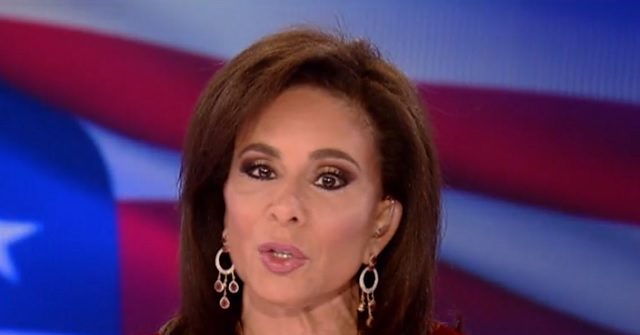 In that monologue, she also took aim at former FBI Director James Comey, who she declared the most corrupt FBI director in history, surpassing the infamous J. Edgar Hoover.

“[T]hey were willing to lie and cheat in a way that America has never witnessed before,” Pirro said. “It was an all-out effort by what was once the most-esteemed law enforcement agency in our country to take down the man 63 million Americans put in the Oval Office. Why? Because they think they know better than we do. Because in their sanctimonious, condescending world, we know nothing. Their arrogance is only surpassed by their ignorance.”

“They thought they could get away with it,” she continued. “They have not, and they will not. History will not look kindly on ‘Cardinal’ James Comey, who has now surpassed J. Edgar Hoover as the most corrupt director of the Federal Bureau of Investigations in history. And might I add — no one deserves this more.”