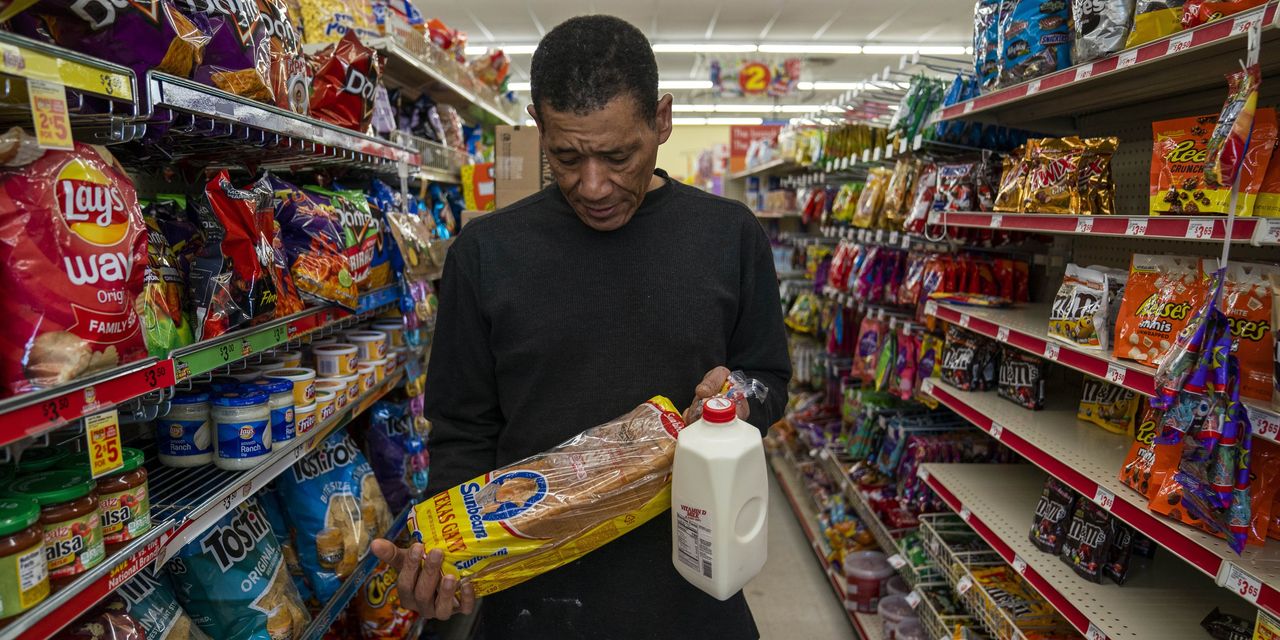 In the nine square miles that cover the 73111 ZIP Code in northeast Oklahoma City, there isn’t a single grocery store. The last one closed over the summer.

There are, however, four dollar stores in the area, where 32% of the 11,000 residents live below the poverty level—roughly three times the national average.

“That ZIP Code is one of the unhealthiest in our city,” said Oklahoma City Councilwoman

This week, the City Council is scheduled to hold a public hearing on a plan requiring new retailers in the area to designate at least 500 square feet of space to fresh food. The measure is expected to pass.

Forcing dollar stores to change is one tactic local governments around the country are using to address the lack of access to fresh fruit, vegetables and meat in “food deserts.” Cities are also trying to bring in fresh produce by creating zoning allowances or public financing to attract grocery stores. 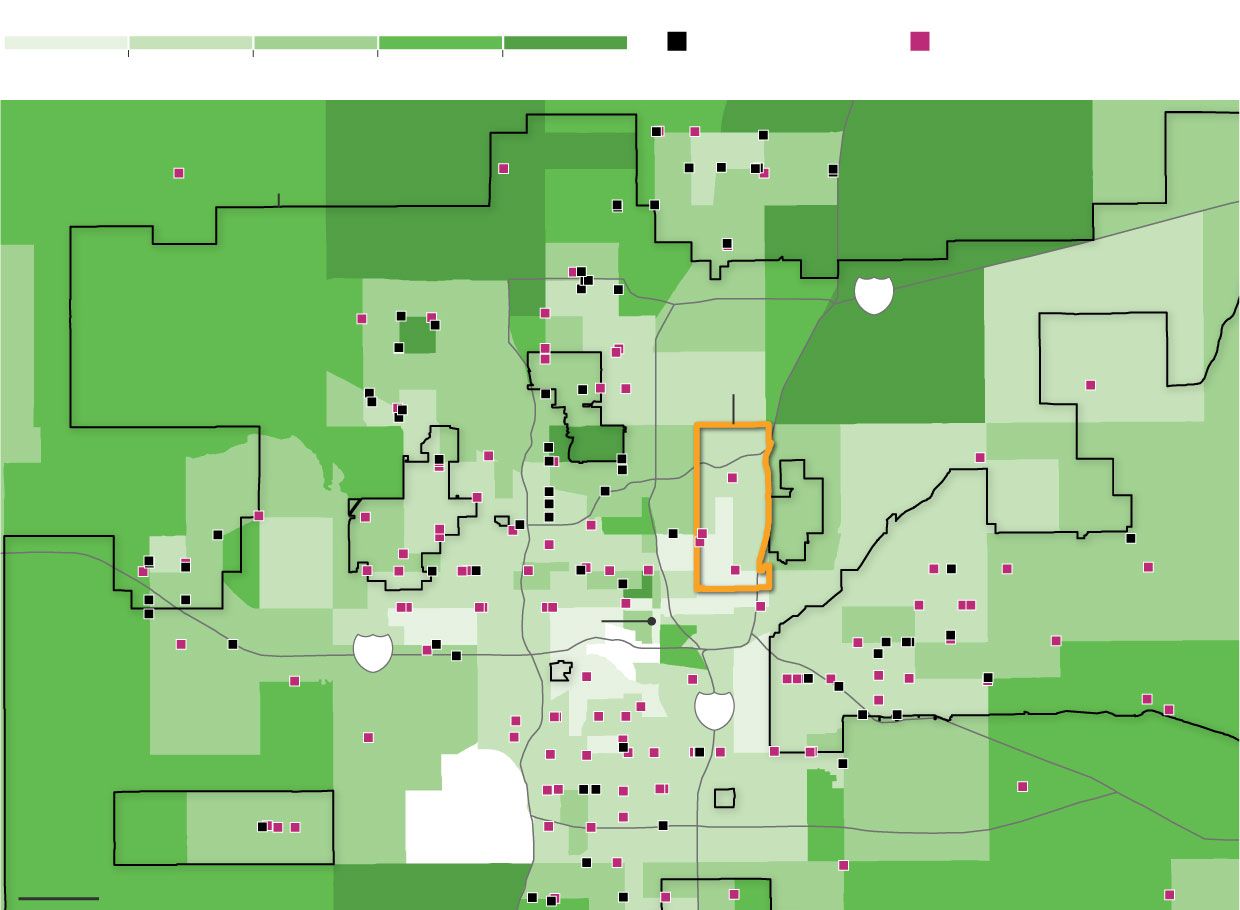 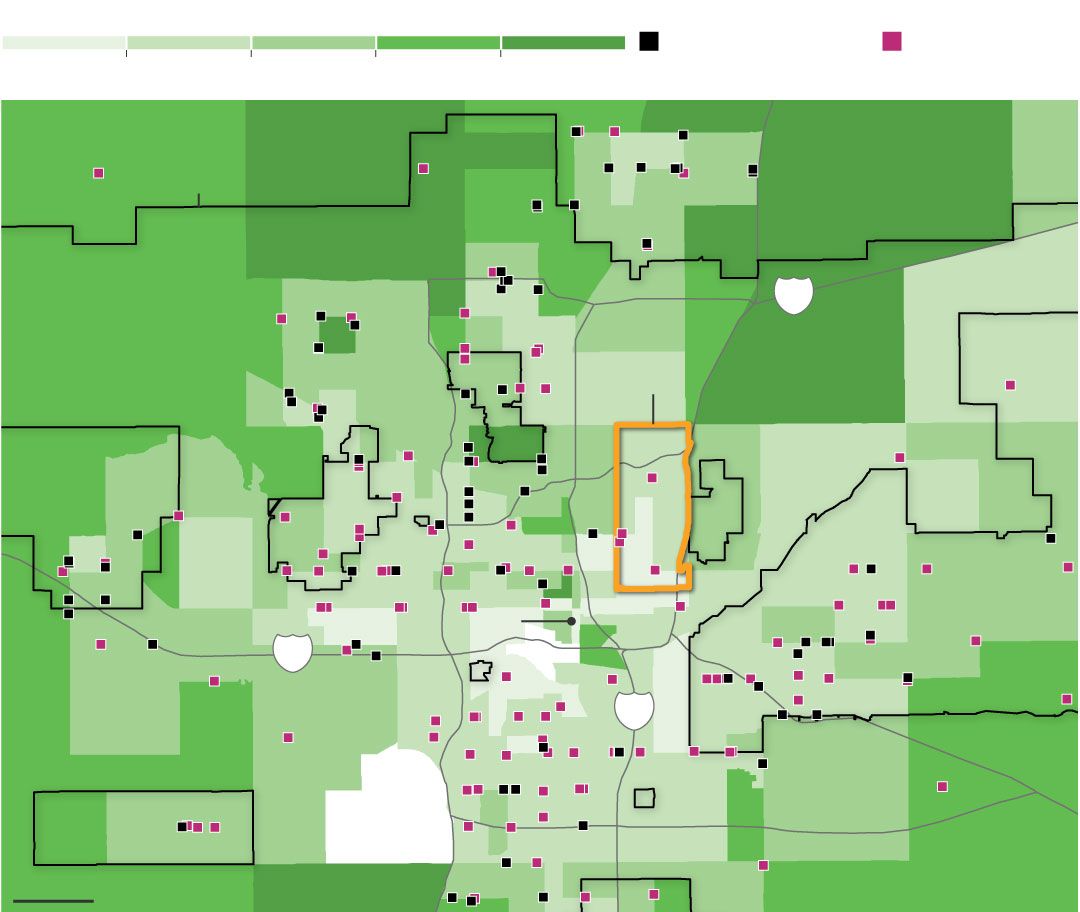 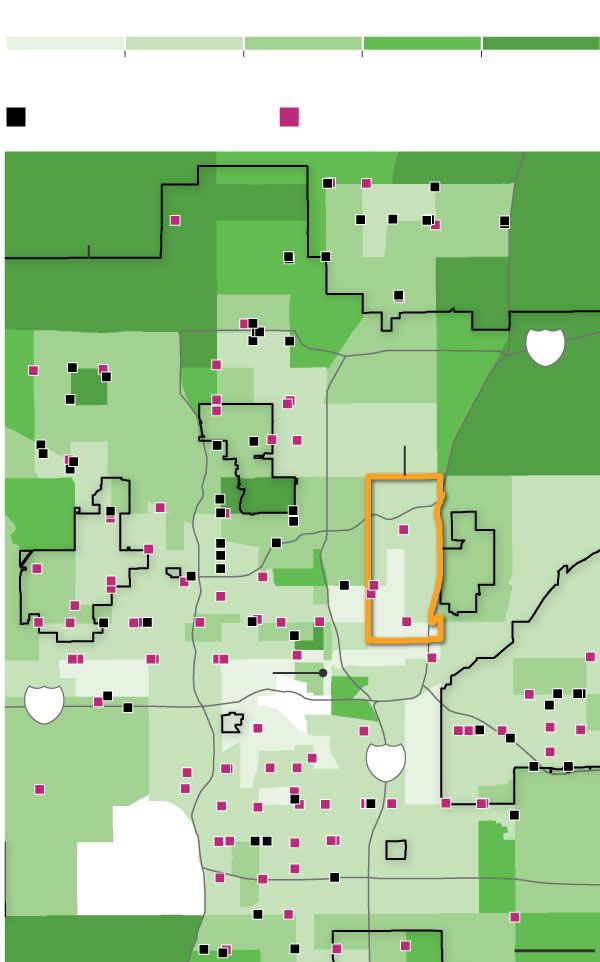 Dollar stores, which carry everything from greeting cards to household supplies, sell food but it is often packaged or frozen, like chips, canned soups and frozen meats. Politicians and advocacy groups say the stores’ presence in—and saturation of—low-income neighborhoods eats into the profits of full-service grocery stores, which have higher overhead, and causes some to close. Dollar stores say they offer a good value for shoppers and never intended to be full-service grocers.

The U.S. Department of Agriculture defines food deserts as low-income areas where residents don’t live near grocers or other food vendors that carry affordable and nutritious food. The USDA estimates that 39 million people, or 12.8% of Americans, live in food deserts. Residents of these neighborhoods often must travel significant distances to reach stores with fresh food. Compounding the problem, many don’t have reliable means of transportation.

From his house in Oklahoma City’s 73111 ZIP Code, an area dotted with suburban neighborhoods and home to the city’s sprawling zoo and science museum,

estimates it takes him more than an hour to get to a grocery store. His 2006 Pontiac G6 doesn’t run well, so he limits driving distances to a mile or so and relies on the bus for longer trips.

“Most of the time I just go by the little convenience store to get what I can, or the dollar store,” said the 47-year-old, who works as a cashier at Leo’s BBQ, a popular restaurant.

He has nothing against dollar stores, saying they provide a service to a community with no other option. But he is also certain that having a supermarket nearby would help him make better dietary choices. “To get real food, I have to go to a grocery store,” he said.

Food deserts have proven a stubborn problem for cities. The Obama administration announced its Healthy Food Financing Initiative in 2010 to help deliver healthy food to communities with inadequate access. But as local governments have taken on the issue in recent years, they have redrawn the battle lines to include dollar stores.

Dollar stores are one of the few bricks-and-mortar stores expanding at a time when online sales have prompted other retailers to close or contract, fueled by low- and middle-income shoppers searching out value and convenience.

which bought Family Dollar in 2015, and

Dollar General isn’t and never intended to be a grocery store, but every store offers its customers essentials such as eggs, milk and bread, said spokeswoman

“We’re proud to serve these communities and to provide them an option,” Ms. Ghassemi said. By January 2020, 650 Dollar General locations will sell produce, she added, which is about 4.1% of the company’s 16,000 stores.

Dollar Tree and Family Dollar offer a “broad range of basic essentials to families at low prices they can afford,” said a spokesman, and don’t intend to be grocery stores.

“Dollar stores help alleviate the effects of ‘food deserts’ in urban communities by helping serve the underserved,” the spokesman said. He added that the majority of Dollar Tree and Family Dollar locations are within a few miles of a full-service grocer.

The first known local initiative to block new discount stores from opening in proximity to others was in 2016 in Wyandotte County, a part of Kansas City, Kan. That ordinance required a special-use permit to build a small-box variety store within 10,000 feet of another. Three years later, Tulsa, Okla., passed a similar zoning law.

“It seemed like every time dirt was turning in my district, it ended up being another dollar store,” said Tulsa City Councilor

who championed the effort for more than a year. “I have never said we don’t want any of these dollar stores. I’m just saying they’re a problem when they’re allowed to proliferate in communities.”

Tulsa’s ordinance restricts the opening of new dollar stores within a mile of another in Ms. Hall-Harper’s district. To entice grocery stores into the neighborhood, the city also loosened parking requirements for any new supermarket.

What are some community efforts that could help fill in the gaps of grocery stores? Join the conversation below.

Other cities followed suit. In May, the Oklahoma City council placed a 180-day moratorium on new small-box discount stores in the area. This month, the city council in Fort Worth, Texas, passed a measure blocking new dollar stores within two miles of another store. Similar rules were enacted in New Orleans and Mesquite, Texas, just outside of Dallas.

Earlier this year, Birmingham, Ala., Mayor

created a “healthy food overlay district” as part of an initiative to address the city’s outsize food deserts. An estimated 69% of the population lives in one.

“We’re looking for a comprehensive and strategic approach,” said

the city’s director of innovation and economic opportunity. “There are the short-term repercussions for not being able to cook a healthy meal but also the long-term health consequences for a community that has been deprived of access to healthy food over time.”

Write to Talal Ansari at Talal.Ansari@wsj.com