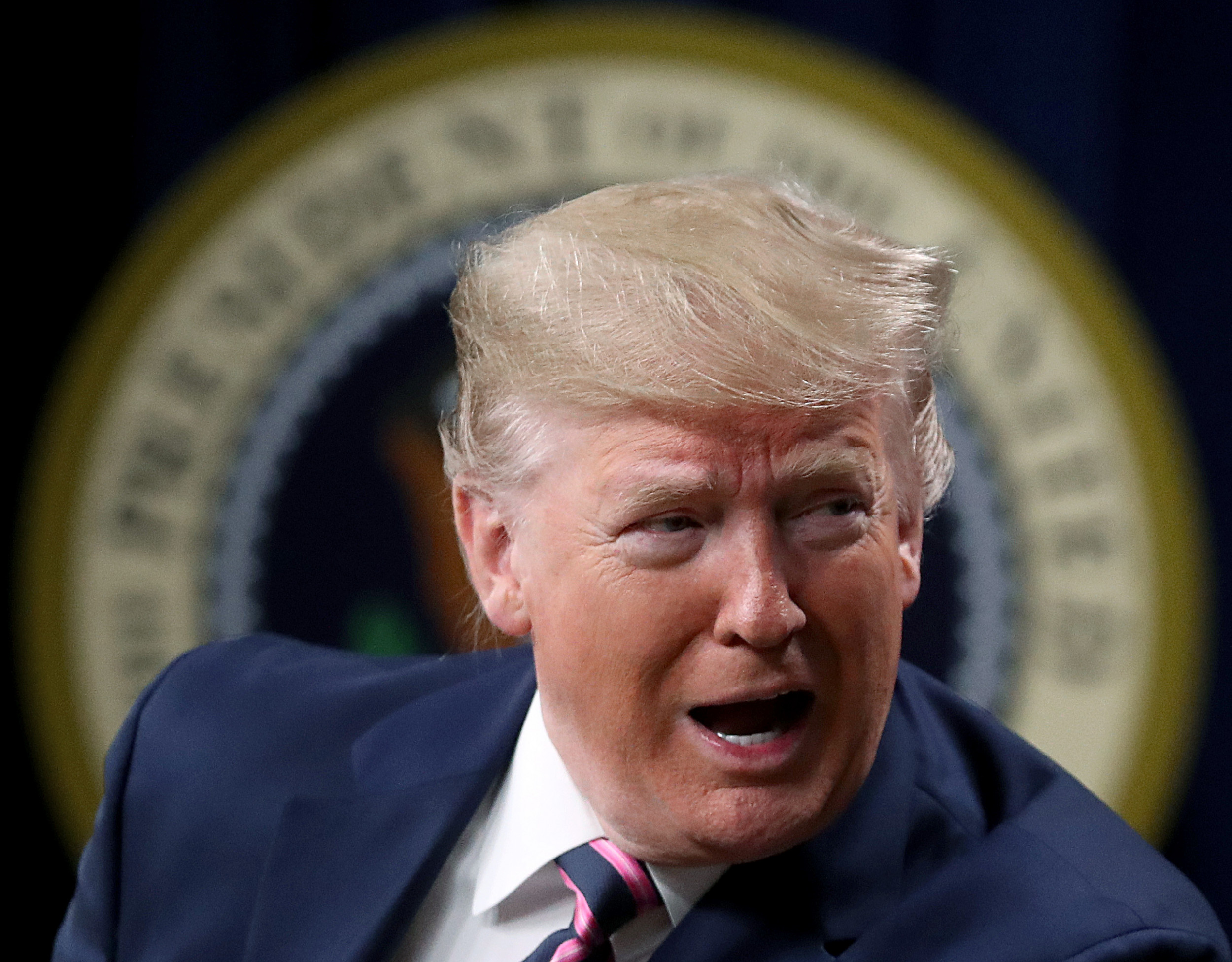 On Twitter, Trump claimed the conservative cable network is “trying sooo hard to be politically correct” by interviewing two of his critics. He dismissed Comey as “totally discredited” and branded Schiff, a Democrat from California, “corrupt.”

“Hard to believe that @FoxNews will be interviewing sleazebag & totally discredited former FBI Director James Comey, & also corrupt politician Adam “Shifty” Schiff,” the president tweeted late on Saturday night. “Fox is trying sooo hard to be politically correct, and yet they were totally shut out from the failed Dem debates!”

In a follow-up tweet, Trump likened the network to “Commiecast MSNBC” and “Fake News CNN” and claimed all three will “die together as other outlets take their place.”

Trump also singled out former Fox News anchor Shepard Smith, who was often critical of Trump on his show. Smith abruptly announced he was leaving the network in October reportedly amid frustrations over the network’s pro-Trump coverage.

The president also appeared to mock CNN anchor Chris Cuomo by calling him “Fredo,” an apparent reference to the character from The Godfather. The president previously referred to Cuomo as “Fredo” while speaking to reporters at the United Nations in September, The Hill reported.

“Both Commiecast MSNBC & Fake News CNN are watching their Ratings TANK. Fredo on CNN is dying. Don’t know why @FoxNews wants to be more like them? They’ll all die together as other outlets take their place. Only pro Trump Fox shows do well. Rest are nothing. How’s Shep doing?” Trump tweeted.

The president has recently attacked Fox over its critical coverage of his presidency and tweeted out his support for the lesser-known conservative One America News Network. “Thank you to @OANN One America News for your fair coverage and brilliant reporting. It is appreciated by many people trying so hard to find a new, consistent and powerful VOICE!” Trump tweeted in October.

Earlier this week, Fox announced that Comey and Schiff would be sitting for separate interviews with Chris Wallace that will air on Fox News Sunday. According to Fox, Comey is expected to discuss the recently released Justice Department inspector general’s report and Schiff will speak on the week’s impeachment hearings.

Democrats pushed the impeachment inquiry toward a vote by the full U.S. House after the Judiciary Committee approved two impeachment charges, of abuse of power and obstruction of Congress, on Friday.

The White House, Fox News, CNN and MSNBC have been contacted for comment.