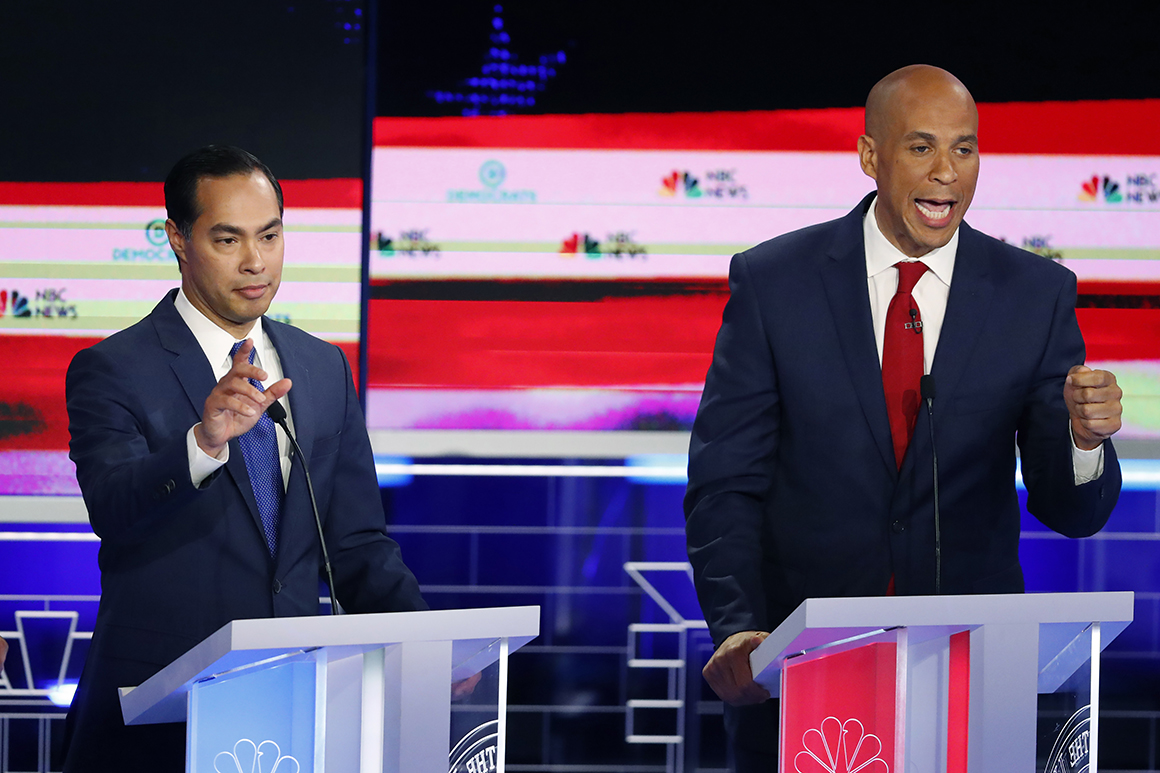 But the DNC resisted the request in a statement shared with POLITICO: “The DNC has led a fair and transparent process and even told campaigns almost a year ago that the qualification criteria would go up later in the year — not one campaign objected. The DNC will not change the threshold for any one candidate and will not revert back to two consecutive nights with more than a dozen candidates. Our qualification criteria is extremely low and reflects where we are in the race. Once voting starts in February, our criteria will reflect those contests, which is more than appropriate. We’re proud to have given candidates so many opportunities to get their message across, and will continue to have fair criteria that reflects each point in the race.”

Another DNC official said that “multiple campaigns have privately signaled to the DNC their frustration with the large debate stage and asked them to hold the line.”

The Booker campaign was the driving force behind the effort to convince other campaigns to sign, according to several presidential campaign operatives familiar with the discussion.

The lobbying annoyed at least one other campaign that didn’t understand why they should help out a rival who had missed the clearly stated debate criteria.

“He prisoner‘s-dilemma’d us all into this as his campaign should be gracefully ending,” a rival campaign operative said.

The letter made a plea for expanding the stage.

“Adopting the aforementioned criteria will produce a debate stage that better reflects our party and our country; will recognize a broader definition of what constitutes a viable candidacy, particularly in the early primary and caucus states where strong organization can outweigh media persuasion efforts; and will reflect the practical reality that the polling threshold has proven to be an unreliable metric, with only four national debate qualifying polls released since the last debate,” the letter reads in part. “With the holiday season upon us, and a brief qualification window for the January debate, it’s vital to make modifications to qualification criteria now.”