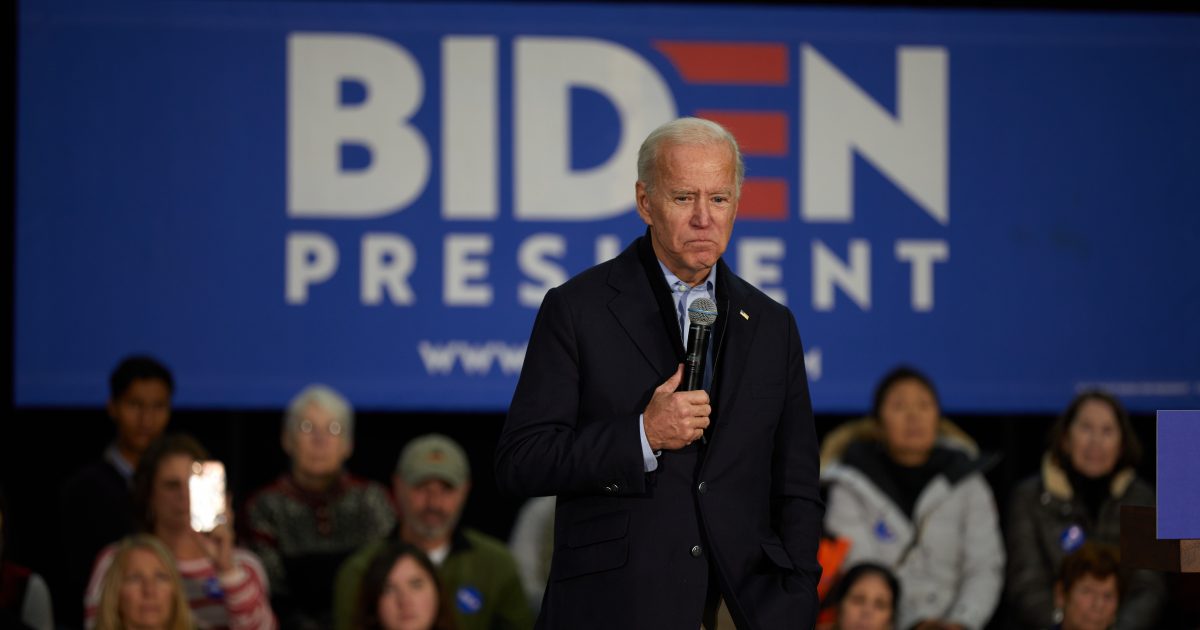 If Hunter Biden, the son of leading Democratic presidential candidate Joe Biden, used his father’s connections to get rich without working that hard, he has also almost certainly benefited from his dad’s status to escape exactly the sort of punishments the former vice president has long advocated for illegal drug users. Critics will use new revelations about Hunter’s drug past to mock the candidate as a hypocrite, but they also present a teachable moment in the war on drugs: All nonviolent users should be accorded the leniency normally reserved for the children of senators and vice presidents.

The Washington Examiner reports that as an 18-year-old, Biden “was arrested on Jersey Shore drug charges in 1988 and had his record expunged.” In 2013, Biden received a special waiver about his drug past to join the U.S. Navy Reserve. (He was ultimately mustered out after testing positive for cocaine.) And in 2016, he returned a rental car in which police found his credit cards, ID, and a crack pipe; authorities declined to bring charges. In divorce papers, his ex-wife testified that he spent “extravagantly” on illegal drugs. He has been in and out of rehab and has publicly admitted that he has substance-abuse issues.

The Examiner notes, correctly, that Joe Biden is one of the chief architects of the war on drugs. The elder Biden once said that the feds should “hold every drug user accountable” because “if there were no drug users, there would be no appetite for drugs, there would be no market for them.”

Between 1984 and 1990, Biden introduced dozens of pieces of legislation related to drug enforcement.

In 1984, he helped usher in the Comprehensive Control Act, which allowed law enforcement officials to seize property suspected of being used to carry out drug-related crimes. The Anti-Drug Abuse Act of 1986 imposed a 100-to-1 sentencing disparity for possession of crack cocaine as opposed to powder cocaine.

In 1987, he introduced the National Narcotics Leadership Act to establish “a Cabinet-level Office of the Director of National Drug Control Policy to coordinate Federal operations and policy on drug control and abuse.” In 1989, Biden sponsored legislation to ban the sale of firearms to individuals with “serious misdemeanor drug or narcotic offenses.”

In 1990, Biden introduced a bill to make prior drug convictions “grounds for denying employment or for dismissal of an employee engaged in specified child care services” and for federal jobs. The bill also restricted bail for convicted drug offenders awaiting sentencing if their crime carried a maximum of a 10-year prison sentence. It required individuals to pass a mandatory drug test before being sentenced to parole, probation, or supervised release, and it established federal “military-style boot camp-style prisons” for prisoners under 25 years old who were found guilty of possession of controlled substances.

During the early 1990s, Biden spoke out publicly in support of the drug crackdown led by President George H.W. Bush.

Biden remains such a drug warrior that he opposes an end to federal prohibition of marijuana until he is convinced that it’s not “a gateway drug.” As Jacob Sullum writes, “that means Biden…will never support marijuana legalization.” The Examiner doesn’t demonstrate that Joe Biden directly intervened to keep his son out of serious legal problems, but it doesn’t have to. Everyone knows that when it comes to drug-related offenses, there is a two-tier system of justice, one for the powerful and wealthy and one for everyone else. Throwing Hunter Biden, who publicly struggles with substance-abuse problems, into prison wouldn’t have accomplished anything other than wasting more tax dollars on the carceral state. Yet not everyone enjoys such freedom in a country where “1 in 5 incarcerated people is locked up for a drug offense” and more than a million arrests for drug possession are made every year.

Over the course of Joe Biden’s political career—he was first elected to the U.S. Senate in 1972—the country has undergone a sea change in its attitudes toward illegal drugs, especially marijuana. In the early 1970s, says Gallup, less than 15 percent of Americans favored legalizing weed. That figure is now 66 percent and still climbing. State and federal criminal-justice reforms show that we are rethinking the war on drugs and how best to help people with abuse problems.

The scandal isn’t that Hunter Biden escaped the prison time his father sought for other drug users. It’s that it has taken us so long to start reversing the damage that Joe Biden has inflicted on America.