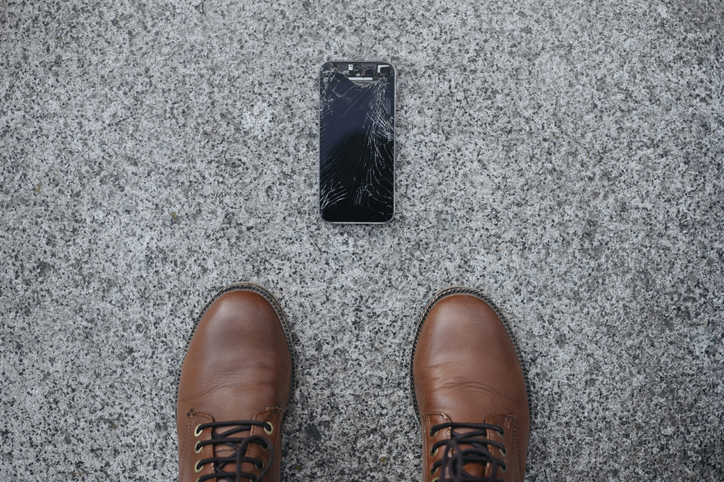 If you own Apple shares, or know someone who does, or have even thought about buying shares… there’s something you need to know.

And if history has taught us anything, you could miss out on something huge.

Because while you’re seeing commercials every day for the latest iPhone from Apple, some analysts have publicly wondered if this is actually the death of the iPhone.

But while Apple is publicly taking its lumps from the financial media, the real story isn’t the “death of the iPhone”… but the birth of something brand new.

You see, there’s a king’s ransom up for grabs as what could be Apple’s next game-changer makes its way out of the company’s secret labs in Silicon Valley. And analysts are saying this opportunity could be worth $7 trillion!

But if you think owning shares of Apple is going to lead the way to this 13-figure windfall, then you could be missing the real story.

Because we think that the one company poised to benefit most from Apple’s next game-changer IS NOT Apple.

iPhone sales have staggered recently, and upgrades are not going as planned for Apple.

Business Insider has said Apple is preparing for “the Death of the iPhone.”

Forbes has called it “Apple’s iPhone Nightmare” and an “iPhone Apocalypse.”

So while Apple is pushing forward with new iPhones, what they’re developing as a follow-up could be even bigger.

And what most people don’t know is that an under-the-radar initiative direct from Apple HQ called Project Garta is the key to it all.

But here’s where it gets interesting. Although the technology behind Project Garta is still a work in progress, Apple has included a prototype of the secret project in every new iPhone operating system.

Meaning you could be using it without even knowing it!

And buried in the new iPhone is a small component that unlocks this technology.

And one company that’s 350x smaller than Apple is front and center, manufacturing these components that could unlock this $7 trillion gold rush.

Translation: This tiny company essentially gets paid for every iPhone sold.

You don’t have to be a numbers whiz to understand what that kind of growth can do to a company’s stock price.

That’s why I hope you take a few minutes to unlock the full research a team of highly trained stock analysts from The Motley Fool put together on this developing story and discover why we could be near a turning point.

Past performance is not a predictor of future results.
Individual investment results may vary.
All investing involves risk of loss.