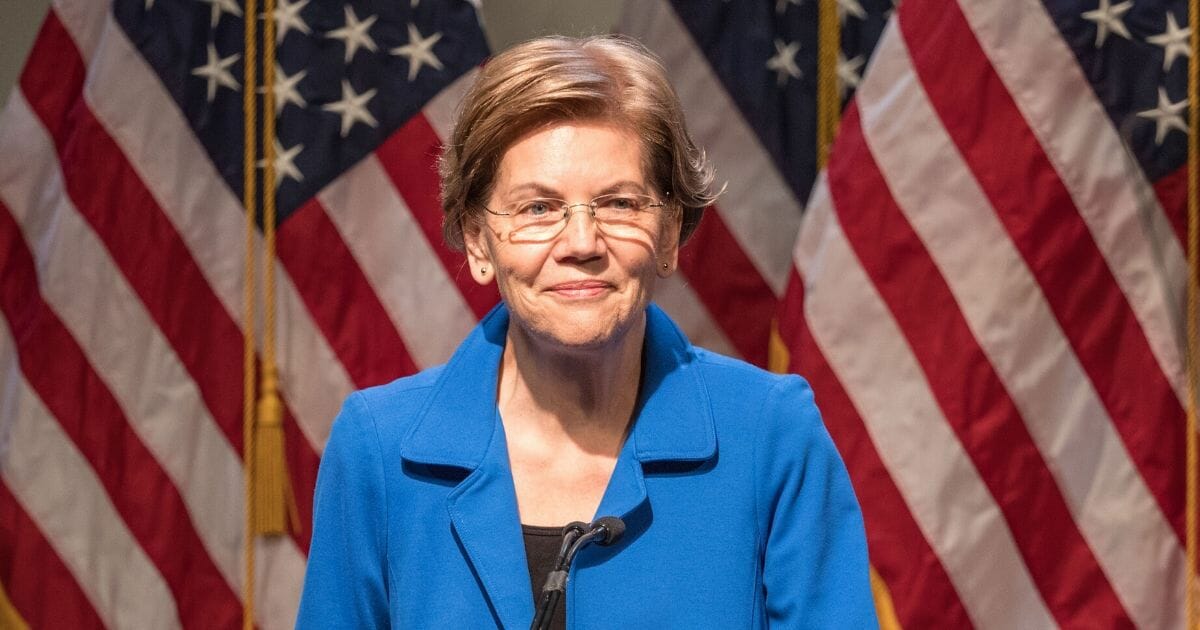 On a recent “Saturday Night Live” cold open, the network couldn’t help but make fun of Sen. Elizabeth Warren’s penchant for wanting to spend your money and then not explaining where it’s going to come from.

The skit featured a voter asking Warren about her “Medicare for All” plan: “You said your plan would cost $20.5 trillion, but other economists have said it could cost $34 trillion,” the woman told Warren.

“Right, right,” Kate McKinnon-as-Warren responded. “Let me stop you right there. We’re talking trillions. You know, when the numbers are this big, they’re just pretend. There ain’t no Scrooge McDuck vault. You ready to get red-pilled? Money doesn’t exist. It’s just a promise from a computer!”

This is pretty funny until you realize how problematically close this is to the Massachusetts senator’s actual campaign trail rhetoric.

In a November interview that’s just now getting some play, the president of the National Education Association asked Warren whether she would pledge more money for Title I of the Elementary and Secondary Education Act and the Individuals With Disabilities Education Act.

“If the answer is yes, how do you pay for that?” Lily Eskelsen Garcia asked Warren.

“So the answer is yes,” Warren said.

“And pay for it? This is about our priorities, what matters most to us. A budget is about priorities.”

Which is true. Except when, of course, you don’t have to really set priorities.

Do you think Elizabeth Warren will be the Democrats’ 2020 presidential nominee?

Oh, come on. Why didn’t she just take out one of those bumper stickers that say “It will be a great day when our schools have all the money they need, and our Air Force has to have a bake sale to buy a bomber” bumper stickers and wave it around?

RELATED: Warren Using Technicality To Keep Claiming That She Doesn’t Do ‘Big-Dollar Fundraisers’

In terms of the idea that “there’s always money” — no, there’s not. I know in the wacky world of Modern Monetary Theory, where a government can pay off all of its debts by printing money without triggering hyperinflation or its attendant issues, this makes sense. In the real world, where MMT will end up being a disaster if it’s ever actually implemented, this is pretty much dead on arrival.

Similarly DOA is Warren’s wealth tax, an overly optimistic plan in which everything we want can be paid for by a tax on the wealth (a not-entirely-constitutional tax, it must be noted) of multimillionaires and billionaires.

This can’t even raise anywhere near what she would need for her “Medicare for All” plan. How are we supposed to expect that it’ll also free up money for whatever we need?

Cutting defense isn’t the answer, not in the current geopolitical climate and not with the military rot we saw during the Obama years.

It still can’t be cut to the level where we can pay for everything that Warren wants. I doubt she wants to touch Social Security, Medicare or Medicaid. Where does that leave us?