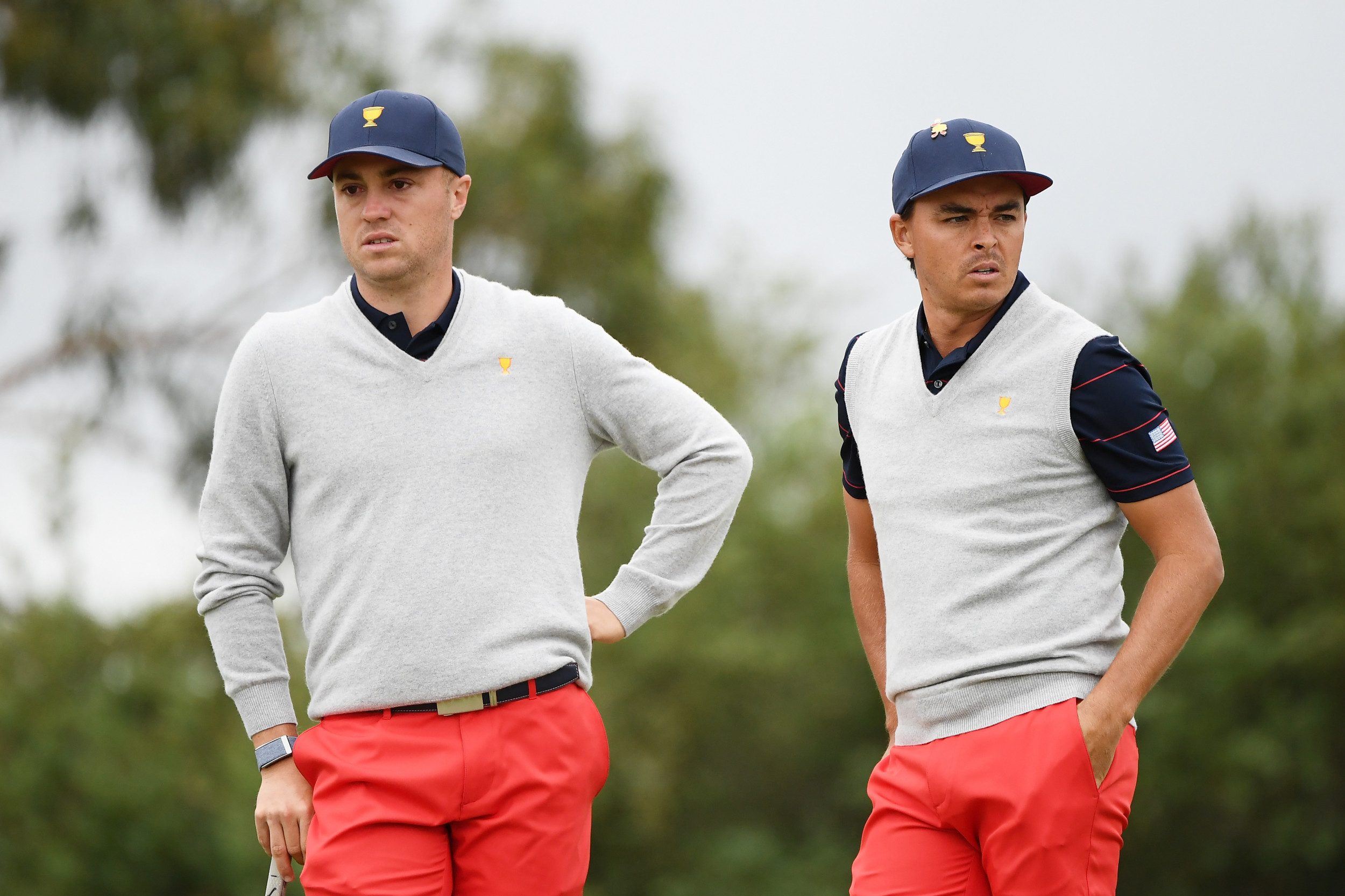 The U.S. Team trails the International Team by two points going into the final day of the Presidents Cup.

The International Team, whose one and only success in the competition dates all the way back to 1998, takes a 10-8 lead into the 12 singles that will decide the tournament on Sunday (Saturday afternoon in the U.S.) at Royal Melbourne Golf Club in Melbourne, Australia.

Trailing by three points after two days of play, the U.S. began the morning session on Saturday (Friday evening in the U.S.) on the front foot as Justin Thomas and Rickie Fowler defeated Marc Leishman and Li Haotong 3&2 in the first of four four-ball matches.

Any hopes of further closing the gap vanished rapidly, as the International Team took the next two points, courtesy of unbeaten rookie Abraham Ancer and Im Sung-jae, Pan Cheng-tsung and Hideki Matsuyama.

After the final of the morning four-balls ended in a tie, Dustin Johnson and Gary Woodland cut the deficit down to 9-6 by winning the first of the afternoon foursomes as they defeated Adam Scott and Louis Oosthuizen 2&1.

Patrick Cantlay and Xander Schauffele got the better of Im Sung-jae and Cameron Smith by the same scoreline in the third foursome, but the other two matches left the U.S. frustrated.

Fowler and Thomas spurned a five-shot lead with holes to play and had to settle for a tie against Leishman and Ancer, while Byeong-Hun An and Joaquin Niemann secured half a point against Matt Kuchar and Tony Finau, despite never leading.

It’s only the third time in 13 events the International Team has held the lead after the team matches and the first time since 2003, when it led the U.S. by three points going into the final day, although the tournament ended in a tie.

In 1998, when the Presidents was also held at the Royal Melbourne Golf Club, the International Team led by nine points and ended up winning the tournament.

U.S. playing captain Tiger Woods, however, remained confident his team can overcome the gap and retain the trophy.

“I trust the guys,” Woods, who sat out both sessions, said in his press conference.

Scott, who has lost each of the seven Presidents Cup he has played, was seemingly buoyant, suggesting the International Team had a great chance of securing the trophy for the first time in over two decades.

“I think we’ve got to be pretty happy about that. Come out tomorrow, leave it all on the golf course.”

All 12 players from each team will be in action on Saturday and here’s all you need to know ahead of the final day of the Presidents Cup.

The final round of the Presidents Cup will be broadcast by Golf Channel, with a replay on NBC on Sunday.

The final round of the tournament can be watched on Golf Channel’s digital platforms and via fuboTV.