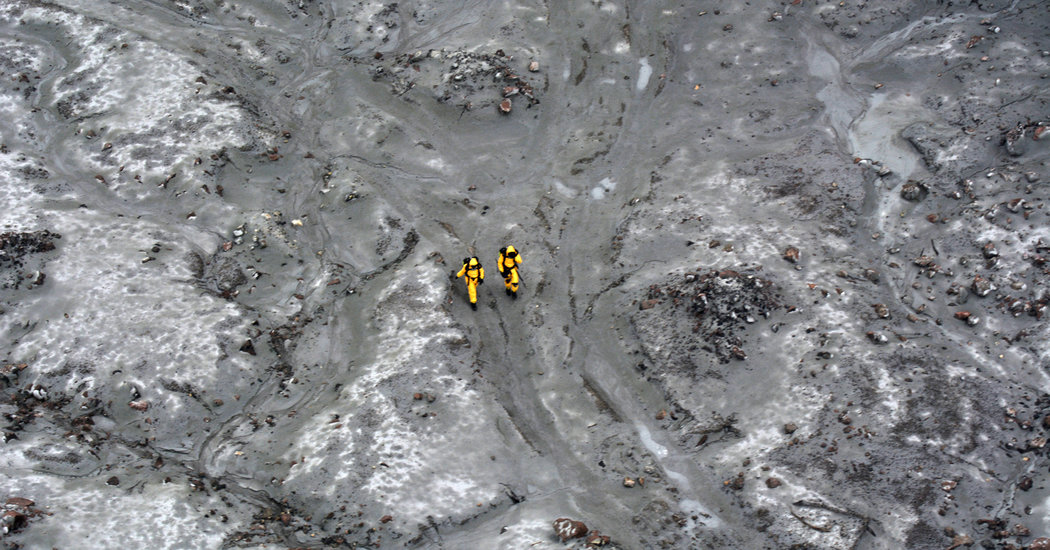 The death toll officially stood at 15, not counting the two missing bodies. Many of the dozens of surviving victims were still in emergency care, some with burns covering 95 percent of their bodies, according to doctors.

The daunting conditions faced by the recovery team on Friday underscored the sheer power of the initial eruption — which blasted rocks and sulfurous debris into the sky, filled the air with acidic gas and smothered the island with layers of ash — and again raised the question of why tourists had been allowed onto the island despite a recent rise in volcanic activity.

The authorities had held off for days on sending the team to White Island, also known by its Maori name, Whakaari, because experts said it could erupt again at any time. But they moved ahead with the mission on Friday, recognizing the need to bring peace to the victims’ loved ones. Even as the team was trekking through sludge-like ash, the odds of an eruption stood at 50 percent to 60 percent, according to volcanologists.

The troops landed on the island at 8 a.m., said their on-the-ground commander, who was made available to discuss the operation with reporters on the condition that his identity not be disclosed.

A sentry was monitoring the volcano for signs of change in its activity, and teams on boats anchored nearby were in a state of alert, ready for a sudden evacuation. A backup crew of special operations forces, wearing the same protective gear as the team on the ground, was in a rubber dinghy on standby.

The recovery team wore three layers of protective clothing and carried 33-pound rebreathing apparatuses on their backs, with oxygen cylinders. Their helmets soon became saunas, and their bodies were drenched in sweat.

They knew where to go, since the bodies had been identified from the air. But the terrain was unlike anything they had experienced before, and the mission went on for hours.

Most chemical and biological warfare training takes place in urban environments or industrial areas, and certainly not on volcanic ground, the on-the-ground commander noted. Midway through the search, the team went back to the jetty to rehydrate.

“It would be like wearing an oven mitt and holding a hot tray,” Colonel McKinstry said. “You could feel the heat, even as you’re protected from it.”

It took two hours for the troops to collect the six bodies, trudging through knee-deep sludge, drawing labored breaths and constantly thinking about the volcano rumbling over their shoulders.

After bringing those bodies out, the team spent an hour searching for the other two. But the aerial images showing their possible locations had not conveyed just how much sediment and ash covered the area, and they were unable to find them. Team members were forced to abandon the search before their oxygen ran out.

The mission ended three and a half hours after it began. Team members were dehydrated and vomiting. The worst possibility, an eruption, had not happened, but the effects of being so close to the boiling, gaseous core lingered well after they left its shore.

“They’ve gone to the depths of their endurance and past it,” Colonel McKinstry said. “They wouldn’t say it, but it was obvious to me as their boss.”