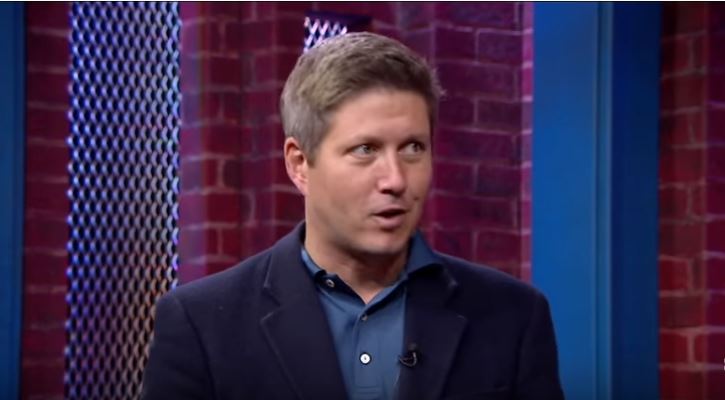 New York Magazine‘s top 10 sports stories of the decade reflect just how politically partisan sports reporting has become in recent years. Writer Will Leitch’s list delivers racial digs and attacks on President Donald Trump while applauding social justice activism by athletes, the acceptance of performance enhancing drugs (PEDs) and attacks on amateurism. For these reasons, the decade about to end provided more joy than heartache, he says.

Leitch (seen in photo) writes: “It has been a decade of historical breakthroughs, unprecedented accomplishments, vivid personalities and, perhaps most shocking, legitimate civic and political engagement among the athletes themselves — an inevitable reaction to the times, perhaps, but a long overdue one.”

Sports has made more progress over the last decade than most other American pursuits, Leitch adds. That’s evidenced by the fact that, in 2009, soccer star Megan Rapinoe hid her sexual orientation from the public, but now she is boisterously out and was selected as Sports Illustrated’s Person of the Year.

Leitch criticizes Michael Jordan, Derek Jeter and Tom Brady for offending no one, saying nothing of what they believe and profiting handsomely. They’ve been supplanted by activist athletes who aggressively attack political opponents.:

“But the age of Donald Trump and everything being politicized — and the destruction of the illusion that it could ever be any other way — pushed sports into the spotlight and led athletes to take stands that would have been unimaginable in the age of Jordan. Whether it was Rapinoe feuding with the president on the eve of the World Cup final, LeBron calling the president ‘U bum’ on Twitter, or the increasingly loud debate on whether it was proper to visit the White House after your team wins a championship, sports could not hide from politics this decade. It never should have in the first place.”

While sports were marred by scandal and disillusionment in the previous decade, Leitch is encouraged that people stopped freaking out so much about PEDs. Unconscionably, he doesn’t even mention the health risks involved:

“… But while you can still find people who consider PEDs a scourge on all that is right and just — these are usually older white men, for what it’s worth, and they’re usually complaining about how these athletes are so overpaid and don’t understand The Fundamentals of Sport and also they hate baseball shifts — on the whole, Americans have mostly made their peace with the fact that PEDs will never be truly eradicated from sport and that that’s … okay.”

If Leitch is correct in saying that when a player is busted for PEDs now, “it’s not a referendum on morality: It’s just another news alert reminding you to change your fantasy team’s lineup that week,” then it’s a matter of morality being defined downward by left-wing journalists.

“People don’t like PEDs,” Leitch continues. “But no one thinks they’re the biggest story in sports anymore. Not even close. The final proof of this shift: Alex Rodriguez, sports’s most despised figure at the beginning of the decade and … baseball’s top television commentator and the FIANCÉ OF FREAKING J.LO at the end of it. Turns out: Juicing pays. No one really minds.”

Leitch also lauds the “increasing unsustainability of amateurism,” and credits LeBron James for supporting a California law challenging the NCAA ban on college athletes profiting from their fame:

“In a world where ESPN is paying schools billions of dollars for television packages to broadcast a mere 12 games, the idea that a scholarship is adequate payment for these athletes has become absurd. The next ten years may change everything we think about college sports. This decade started that process.”

While Leitch asserts that sports has brought about more joy in the past 10 years, the same cannot be said about the fairness and neutrality of sports reporting, which have seriously declined in recent times.