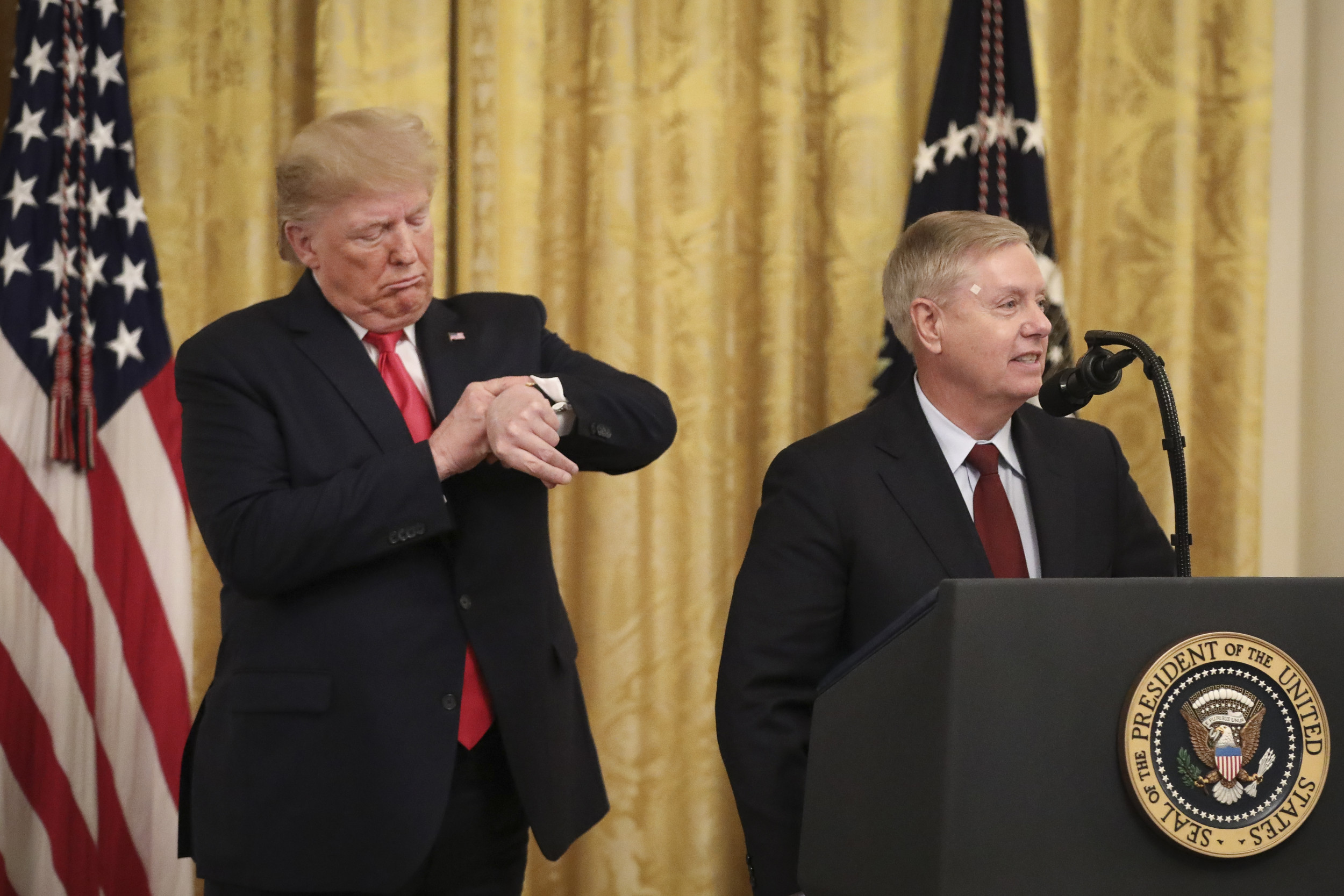 South Carolina Republican Senator Lindsey Graham once again dismissed the House Judiciary Committee’s approval of two articles of impeachment against President Donald Trump, saying he wants to be clear he’s “not trying to be a fair juror.”

Graham, who is the chairman of the Senate Judiciary Committee and a staunch supporter of the president, told CNN International in Qatar Saturday he has no intention of hearing any part of the impeachment trial in the Senate.

The GOP senator said “I have made up my mind” already, despite the fact the House of Representatives has not yet voted on the floor to send the two articles of impeachment against Trump to the upper chamber — abuse of power and obstruction of Congress — which will occur next week.

“This thing will come to the Senate, and it will die quickly, and I will do everything I can to make it die quickly,” Graham said Saturday during an interview at the Doha Forum in Qatar. He added that the impeachment process should end “for the good of the country. I think the best thing for America to do is get this behind us.”

The South Carolina Republican rebuked the suggestion it is inappropriate to already have formed an opinion about the impeachment evidence and trial before it has even started.

“I am trying to give a pretty clear signal I have made up my mind. I’m not trying to pretend to be a fair juror here,” Graham said. “What I see coming, happening today is just a partisan nonsense.”

Graham expressed the view of many Republicans who say Trump’s 2020 reelection chances will increase as a result of the impeachment process. Several Republican House members, including Doug Collins of Georgia and Jim Jordan of Ohio, repeatedly stated this past week that they believe impeachment is just a political stunt because Democrats are “afraid” of their chances of defeating Trump next November.

“Personally I think President Trump will come out of this stronger and the good news is that everybody in politics in America needs to prove to the American public we’re not all completely crazy. So there may be a spirit of compromise coming post-impeachment, born of political necessity, if anything else,” Graham continued.

“If you don’t like President Trump, you can vote against him in less than a year. It’s not like a politician is unaccountable if you don’t impeach them,” he added. “So I think impeachment is going to end quickly in the Senate. I would prefer it to end as quickly as possible.”

Despite Graham dismissing any wrongdoing on Trump’s behalf in Ukraine, he continued to say he believes former Vice President Joe Biden’s son, Hunter Biden, was engaged in shady behavior, but there has been no evidence on wrongdoing on behalf of either Biden.

“Now, Joe Biden is a dear friend. I’ve traveled all over the world with Joe Biden. He’s running for president on the Democratic side. I think he’ll do very well. The bottom line is his son was receiving $50,000 a month from a gas company run by the most corrupt guy in the Ukraine and about two months after they raided the gas company’s president’s home, they fired the prosecutor,” Graham continued. “Yeah, I think it’s OK to talk about this kind of stuff.”