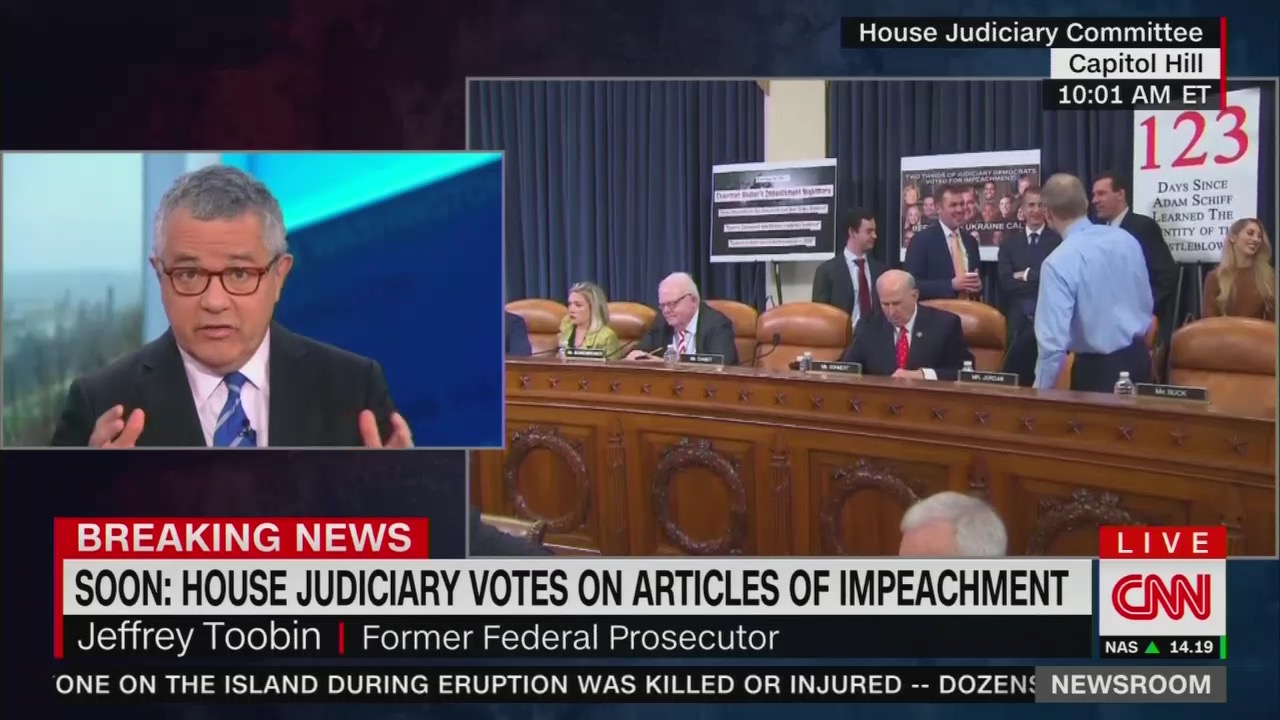 CNN’s chief legal analyst admitted Friday morning that it was journalists’ jobs to dismantle Republican talking points on impeachment. Minutes before the House voted to approve the impeachment articles against President Trump, CNN’s liberal panel broke in to bash Republicans for “lying” about Ukraine.

As White House correspondent Abby Phillip lamented both sides “talking past each other on the facts” yesterday during House arguments, Jeffrey Toobin argued there was only one set of facts and Republicans were “making things up:”

I just want to, you know, try to make the point that, you know, there are not two versions of the facts. There are only facts. And, you know, the overwhelming majority of the case — of the time yesterday, you had Democrats talking about the actual facts of this investigation and you had Republicans essentially making things up.

Wolf Blitzer briefly interrupted to mention Chairman Jerry Nadler had entered the room, before Toobin rallied his fellow journalists to be the gatekeepers of what arguments to allow by “policing” Republicans from making their own case about Ukraine:

“You had Republicans essentially making up facts about when the Ukrainians knew when the aid was cut off. And to the extent we can, I think we should try to police that in our journalistic function of trying to talk about–” he began before his fellow liberal panelists interjected to agree:

ABBY PHILLIP: That’s an interpretation of the same events. I mean, Republicans are basically saying, we see what he did and we don’t think there’s anything wrong with it, which is a completely different way of looking at —

“But they also lied. Because Ukraine did know about the aid delay in July. It’s in sworn testimony from Laura cooper. It’s in e-mails, and yet they kept repeating, Ukrainians didn’t even know, despite the facts!” he gushed.