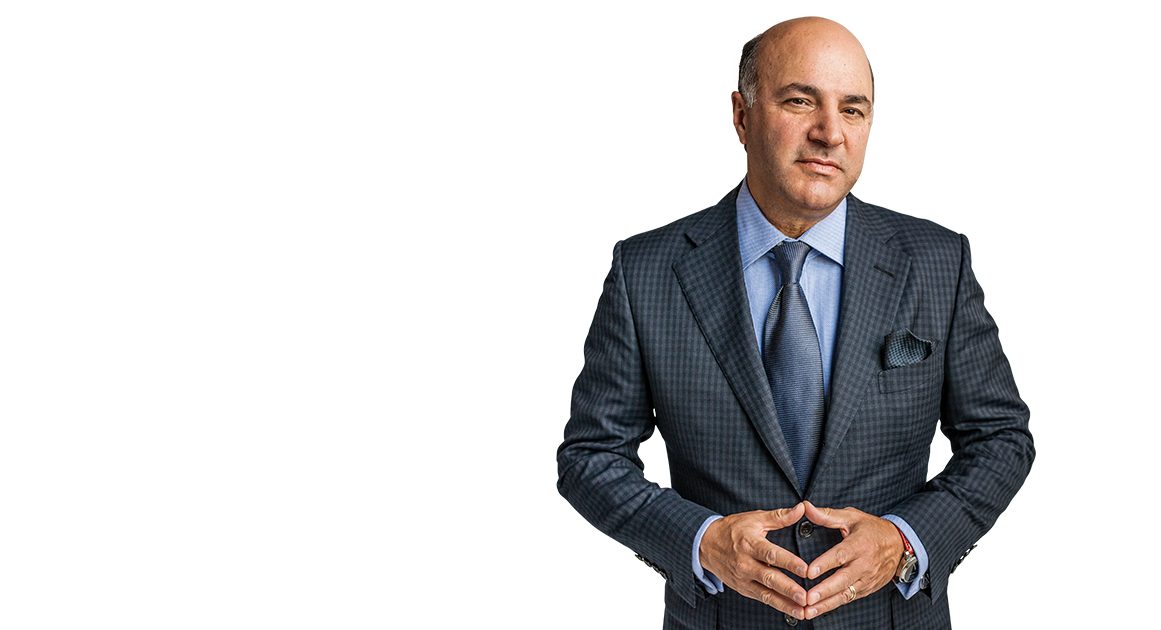 For the past 10 years, the reality TV show Shark Tank has entertained and edified millions of viewers by dramatizing how entrepreneurs pitch their ideas to venture capitalists. None of the “sharks”—the investors who compete with each other to fund businesses they think will be successful—is more entertaining or edifying than Kevin O’Leary, whose signature insult to unsuccessful contestants (“you’re dead to me”) has become a pop-culture catchphrase.

But O’Leary isn’t just a small-screen blowhard. Born and raised in Canada, the 65-year-old got rich developing educational and family-oriented computer software in the ’80s and ’90s and holding firm to a gospel of thrift, savings, and reinvestment that he has outlined in bestselling books such as Cold Hard Truth on Men, Women, and Money.

Nick Gillespie spoke with O’Leary in August at the annual FreedomFest conference in Las Vegas.

Q: You’ve been on the air for 10 seasons. The last season averaged something like five and a half million viewers per episode. What explains Shark Tank‘s immense appeal?

A: You’re watching the pursuit of freedom. It’s a visceral, powerful thing to watch people have dreams and pursue them. Every once in a while, we make millionaires. Not all the time, because it’s very hard to run a business, but we’ve made many, many millionaires on Shark Tank.

Q: You embody a form of capitalism and entrepreneurship without romance. Where does that come from?

A: I believe that the DNA of a business is to provide to its constituents. Customers come No. 1; No. 2 are employees; and somewhere in there are the shareholders. You who started it, you’re last.

When you try and shift a business’s true purpose and say that it’s going to save society, you will fail. Not some of the time—100 percent of the time. Saving baby whales is not what businesses do. I teach a lot of graduating cohorts of engineers and business students, and this is the primary debate we have. When you go out into the world, if you think your job is to solve all of society’s problems, you will get fired.

A: Let’s say I invest in a financial services company, and the CEO decides that he wants to give $100 million to a certain charity across four quarters. It’s not my charity. My family supports multiple charities, but the CEO is not supporting the ones that I support.

My message to him or her is, “You deliver me my profits. I will decide which charities I want to support. You have no right to do that on my behalf. I don’t care what you like. You should take your portion of your salary or the stock you own and the dividends you get and deploy it the way you want.” The core of the business is to deliver profits to the shareholders who then will redeploy it in any way they wish.

Q: What is the best defense of capitalism as an economic and cultural system?

A: It provides a standard of living for society in a way that has never been done before in the history of mankind. There was a time when the majority of people on Earth were illiterate and starving, and capitalism changed all of that.

Q: When your mother died, you found out that she had been investing. What did you learn from that?

A: I learned that she had a fierce desire for financial independence. She had been married twice, and she didn’t want a man to rule her life financially. And she was a very shrewd investor.

Here’s how it manifests itself in my life today: 95 percent of my returns from [the Canadian investment show] Dragon’s Den and Shark Tank have come from companies run by women. The producers say to me, “You’ve got to invest in some guys.” I say, “Why? They don’t make any money. These women made me all this money.” Why should I take risks with men, who have testosterone sales targets they never hit?

Every year we do a big conference in South Beach. I bring all my companies together—50, 60, 70 people in that room. And I say, “This is what these women did this year, and this is what you guys did. Now, why don’t you exchange ideas? I want all of you to succeed. I’m aligned with you. I’ve risked capital with you. Guys, go figure out what the women are doing.”

This conversation has been condensed and edited for style and clarity. You can listen to the full conversation, and don’t forget to subscribe to The Reason Interview With Nick Gillespie.